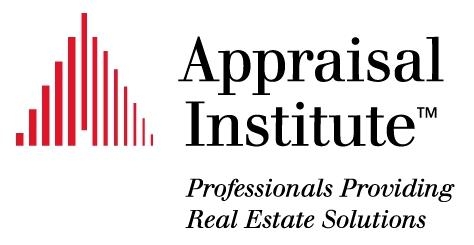 Two members received the Lifetime Achievement Award and four others received the President’s Award during the Appraisal Institute Annual Meeting Friday in Coronado, Calif. Jay M. Massey, MAI, SRA, of Dallas and F. Gregory Opelka, MAI, SREA, SRPA, SRA, of Glenview, Ill., received the Lifetime Achievement Award. President’s Award recipients were Jim Amorin, MAI, SRA, of Austin, Texas; Leslie P. Sellers, MAI, SRA, of Clinton, Tenn.; John P. Wintrol Esq. of Washington, D.C., and the Appraisal Institute staff. The Lifetime Achievement Award is presented to an Appraisal Institute member who demonstrates high ethical standards; has volunteered several years of service and has contributed to the Appraisal Institute on the international, national, regional and/or chapter level; has served his or her community; and has contributed to the appraisal profession for at least 20 years. Massey has been involved in the valuation profession for more than two decades, including teaching courses and seminars for the Appraisal Institute. He has served on the Board of Directors and Commercial Property Network Committee of the North Texas Commercial Association of Realtors; as a CCIM member of the Commercial Investment Real Estate Institute, as a CRE member of the Counselors of Real Estate; and as a member of the Society of Texas A&M Real Estate Professionals. He is a military veteran who served in the Special Forces during the Vietnam War, and in recent years has returned to Vietnam as an Appraisal Institute instructor. In his community, he has been a member of the Veterans of Foreign Wars for many years. Known for his efforts in creating appraisal report standards, Opelka has served the valuation profession for more than half a century. He was executive vice president, director and chief appraiser of Fairfield Savings Bank from 1954 to 2002, and he served as the 1980 international president of the Society of Real Estate Appraisers. He was an appraisal consultant for the U.S. Savings and Loan League from 1960 to 1993, and he authored more than 380 consecutive monthly articles for the Savings and Loan News. The F. Gregory Opelka Award was created by the Chicago Chapter of the Appraisal Institute in his honor. He has served as a mentor to thousands of valuation professionals, including his sons: George Opelka and the late Chris Opelka. The President’s Award is presented to an Appraisal Institute member who is committed to the organization; currently engaged in its activities; an effective spokesperson; a representative at all times; and in touch with both the needs of other members and the changes that the organization must help its members to meet. Amorin was president of the Appraisal Institute in 2009, and a developer and instructor of its Capstone program, helping to designate nearly 300 members in 2011. Sellers was president of the Appraisal Institute in 2010, has been a member of the organization for more than three decades and dedicated countless hours to updating its “Fundamentals of Separating Real and Intangible Property” course. Wintrol served the Appraisal Institute and one of its predecessors as legal counsel for more than 30 years, guiding the organization and its leaders through the major events and challenges in its history. The Appraisal Institute’s staff was recognized for its efforts to serve the organization’s members.
Link copied
Published
Aug 06, 2012
Coming Up See All
Dec
01
How to Qualify Foreign National Borrowers with Acra Lending’s Investor Cash-Flow Program
Webinar
1:00 PM ET
Dec
02
Certified Military Home Specialist Course - Basic Training
Webinar
11:00 AM PT / 2:00 PM ET
Dec
07
OriginatorTech
Virtual
•
11:00 AM ET
Get the Daily
Advertisement
Advertisement
Analysis and Data
Pending Home Sales Rise In October After September Dip