Banking Industry on Gradual and Steady Path to Recovery 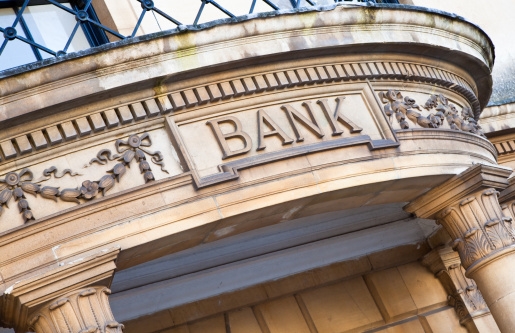 Commercial banks and savings institutions insured by the Federal Deposit Insurance Corporation (FDIC) reported aggregate net income of $34.5 billion in the second quarter of 2012, a $5.9 billion improvement from the $28.5 billion in profits the industry reported in the second quarter of 2011. This is the 12th consecutive quarter that earnings have registered a year-over-year increase. Lower provisions for loan losses and higher gains on sales of loans and other assets accounted for most of the year-over-year improvement in earnings. Also noteworthy was an increase in loan balances for the fourth time in the last five quarters. "The banking industry continued to make gradual but steady progress toward recovery in the second quarter," FDIC Acting Chairman Martin J. Gruenberg said. "Levels of troubled assets and troubled institutions remain high, but they are continuing to improve. After declining in the first quarter, loan balances once again expanded in the second quarter—extending a positive trend that began in 2011. Most institutions are profitable and are improving their profitability. All of these trends are consistent with the moderate pace of economic growth that has occurred over the past year." Nearly two-thirds of all institutions (62.7 percent) reported improvements in their quarterly net income from a year ago. Also, the share of institutions reporting net losses for the quarter fell to 10.9 percent from 15.7 percent a year earlier. The average return on assets (ROA), a basic yardstick of profitability, rose to 0.99 percent from 0.85 percent a year ago. Second-quarter loss provisions totaled $14.2 billion, more than 26 percent less than the $19.2 billion that insured institutions set aside for losses in the second quarter of 2011. Net operating revenue (net interest income plus total noninterest income) totaled $165.4 billion, an increase of $1.3 billion (0.8 percent) from a year earlier, as gains from loan sales rose by $3.0 billion. In addition to the increase in net operating revenue, realized gains on investment securities and other assets were $1.7 billion higher than in the second quarter of 2011. Asset quality indicators continued to improve as insured banks and thrifts charged off $20.5 billion in uncollectible loans during the quarter, down $8.4 billion (29.1 percent) from a year earlier. The amount of noncurrent loans and leases (those 90 days or more past due or in nonaccrual status) fell for a ninth consecutive quarter, and the percentage of loans and leases that were noncurrent declined to the lowest level in more than three years (since the first quarter of 2009). Financial results for the second quarter of 2012 are contained in the FDIC's latest Quarterly Banking Profile, and among the findings: ►Total loan balances increased. Loan balances posted their fourth quarterly increase in the last five quarters, rising by $102 billion (1.4 percent). Loans to commercial and industrial borrowers increased by $48.9 billion (3.6 percent), while residential mortgages rose by $16.6 billion (0.9 percent) and credit card balances grew by $14.7 billion (2.3 percent). However, balances of real estate construction and development loans fell by $10.9 billion (4.8 percent), and home equity lines of credit declined by $10.2 billion (1.7 percent). "This quarter's return to loan growth is an encouraging development, but we will have to wait and see if the trend toward increased lending can be sustained," Acting Chairman Gruenberg said. ►The flow of money into deposit accounts continued to slow. Total deposits increased by $61.6 billion in the second quarter, after rising by $74.7 billion in the first quarter and $186 billion in the fourth quarter of 2011. Deposits in domestic offices increased by $88.1 billion, while deposits in foreign offices declined by $26.5 billion. The amount of deposits exceeding $250,000 in noninterest-bearing transaction accounts, which have temporary unlimited coverage under the Dodd-Frank Act, increased by $65.7 billion in the second quarter after declining by $85.8 billion the previous quarter. ►The number of "problem" institutions fell for the fifth quarter in a row. The number of "problem" institutions declined from 772 to 732. This is the smallest number of "problem" banks since year-end 2009. Total assets of "problem" institutions declined from $292 billion to $282 billion. Fifteen insured institutions failed during the second quarter. This is the smallest number of failures in a quarter since the fourth quarter of 2008, when there were 12. Another nine banks have failed so far in the third quarter, bringing the total for the year to date to 40. At this point last year, there had been 68 failures. ►The Deposit Insurance Fund (DIF) balance continued to increase. The unaudited DIF balance—the net worth of the fund—rose to $22.7 billion at June 30 from $15.3 billion at the end of March. The increase included $4.0 billion previously set aside for debt guarantees under the FDIC's Temporary Liquidity Guarantee Program. Assessment revenue and fewer expected bank failures also continued to drive growth in the fund balance. The contingent loss reserve, which covers the costs of expected failures, fell from $5.3 billion to $4.0 billion during the quarter. Estimated insured deposits grew 0.7 percent in the second quarter.
Link copied
Published
Aug 28, 2012
Coming Up See All
Dec
01
How to Qualify Foreign National Borrowers with Acra Lending's Investor Cash-Flow Program
Webinar
1:00 PM ET
Dec
02
Certified Military Home Specialist Course - Basic Training
Webinar
11:00 AM PT / 2:00 PM ET
Dec
07
OriginatorTech
Virtual
•
11:00 AM ET
Get the Daily
Advertisement
Advertisement
Analysis and Data
Forbearance Exits Mount, But Foreclosure Activity Remains Muted