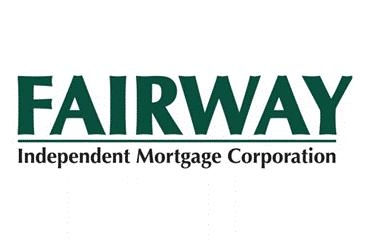 Fairway Independent Mortgage Corporation has kicked off its latest Boot Camp training program for employees to learn how to best serve military clients and become Military Mortgage Specialists. According to Louise Thaxton, branch manager and director of Fairway’s Military Mortgage Specialist division, veterans and active duty military personnel often face unique challenges when seeking to purchase a home. Active duty military personnel are often a “targeted population” because many are young, financially inexperienced and transient, Thaxton said. The designation of Military Mortgage Specialist is exclusive to Fairway and provides a platform whereby loan professionals become thoroughly equipped to expertly handle the mortgage loan needs of active duty and veteran clients. The designation requires attendance at an initial two-day Boot Camp (or "basic training”), and is followed by a 90-day coaching, mentoring, and training program whereby individuals are coached and instructed on how to best meet the specific home loan needs and requirements of active duty military and veterans.  “The men and women who have served or who are currently serving in the U.S. military deserve our very best,” Thaxton said. “Our military and their families sacrifice so much for our freedom, so the very least we can do as mortgage professionals is to go the extra mile with additional training.” Thaxton spoke on Sept. 20 in Tucson at Fairway’s third Boot Camp where Fairway, in partnership with the Boot Campaign and Military Warriors Support Foundation, presented a renovated mortgage-free home to a wounded veteran. Thaxton encourages active and retired service members to consider using a loan professional who has had experience in working with the military and veterans. She also highly encourages servicemen and women to use their VA eligibility when purchasing a home.  “It’s important for mortgage professionals to not only learn about the VA home loan product, but also learn the culture of active duty military and the unique challenges they face,” said Thaxton. “We should give 110% to these heroes.” Thaxton operates offices near two military bases in Louisiana—the Army base at Fort Polk and Barksdale Air Force Base in Bossier City. She was Fairway’s top producer in 2009, 2010 and 2011 for total units closed and number 14 the U.S. last year for total VA loans, according to Scotsman Guide. Fairway Independent Mortgage is a proud supporter of the American military and has helped thousands of active troops and veterans nationwide achieve their dreams of homeownership. On Sept. 20 in Tucson, Steve Jacobson, CEO of Fairway, and Thaxton together with the Boot Campaign and Military Warriors Support Foundation presented wounded U.S. Army veteran and Purple Heart recipient Eric Griego and his wife Corie with the keys to their mortgage-free, 1,500-square-foot three bedroom home. The event took place at a special ceremony held in conjunction with the Fairway Boot Camp. During a firefight in Afghanistan on Oct. 18, 2010, Griego was shot in the neck and the bullet zigzagged through his abdomen, causing massive internal damage. Fairway is a major supporter of the Boot Campaign, a non-profit organization supporting returning American military troops, and the Military Warriors Support Foundation. Fairway employees have pledged over $20,000 in donations per month for the next 12 months in order to participate in home giveaways. The money is being used by the Military Warriors Support Foundation to cover the costs of repairing, renovating and retrofitting homes.
Link copied
Published
Sep 20, 2012
Coming Up See All
Dec
07
OriginatorTech
Virtual
•
11:00 AM ET
Dec
09
California Mortgage Expo – Irvine
Irvine, CA
Jan
13
Non-QM Summit
Uncasville, CT
Get the Daily
Advertisement
Advertisement
Industry News
Manufactured Housing: The New Affordable Alternative