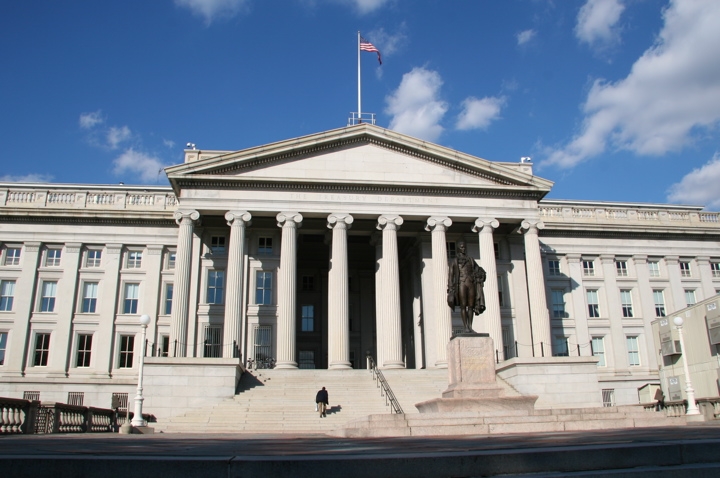 The Federal Housing Finance Agency (FHFA) has released updated projections of the financial performance of the government-sponsored enterprises (GSEs), Fannie Mae and Freddie Mac, including potential draws under the Senior Preferred Stock Purchase Agreements (PSPAs) with the U.S. Department of the Treasury. These updated projections show cumulative Treasury draws that are reduced and more stable compared to previous projections. The key drivers of those results include an overall reduction in actual and projected credit-related expenses and changes in the dividend structure contained in the PSPAs, which eliminates the need to borrow from Treasury to pay dividends. To date, the GSEs have drawn $187.5 billion from Treasury under the terms of the PSPAs. Under the three scenarios used in the projections, cumulative Treasury draws (including draws required to pay dividends) at the end of 2015 range from $191 billion to $209 billion. If dividend payments were subtracted from the projected cumulative draws, the net combined amounts for both GSEs would range from $67 billion to $138 billion. In the previous projections released in October 2011, cumulative Treasury draws (including draws required to pay dividends) at the end of 2014 ranged from $220 billion to $311 billion. FHFA first released financial projections in October 2010, and has provided updates of those projections on an annual basis. Through the FHFA Conservator’s Report, FHFA reports actual performance versus projections on a quarterly basis.
Link copied
Published
Oct 26, 2012
Coming Up See All
Dec
01
How to Qualify Foreign National Borrowers with Acra Lending’s Investor Cash-Flow Program
Webinar
1:00 PM ET
Dec
02
Certified Military Home Specialist Course - Basic Training
Webinar
11:00 AM PT / 2:00 PM ET
Dec
07
OriginatorTech
Virtual
•
11:00 AM ET
Get the Daily
Advertisement
Advertisement
Analysis and Data
Pending Home Sales Rise In October After September Dip