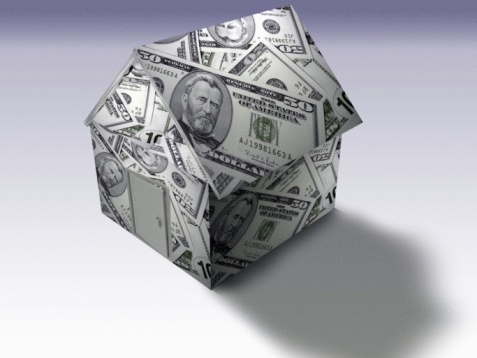 The U.S. Department of Housing & Urban Development (HUD) and the U.S. Department of the Treasury have released the October edition of the Obama Administration's Housing Scorecard, a comprehensive report on the nation’s housing market. Data continue to show signs that the housing market is strengthening—as home price improvements this year have helped lift more than 1.3 million families above water—although officials caution that the overall recovery remains fragile. The Administration has also announced that it has provided guidance to servicers participating in the Making Home Affordable Program about options available through the program to homeowners affected by Hurricane Sandy. “As the October housing scorecard indicates, our housing market is continuing to show important signs of recovery—with the FHFA housing price index posting its largest annual gain in five years and new home sales at its fastest pace since April 2010,” said HUD Acting Assistant Secretary for Policy Development and Research Erika Poethig. “But with so many households still struggling to make ends meet, we have important work ahead. That is why we are asking the Congress to approve the President’s refinancing proposal so that more homeowners can receive assistance.” The October Housing Scorecard features key data on the health of the housing market and the impact of the Administration’s foreclosure prevention programs, including: ►The Administration's foreclosure programs are providing relief for millions of homeowners as we continue to recover from an unprecedented housing crisis. Nearly 1.3 million homeowner assistance actions have taken place through the Making Home Affordable Program, while the Federal Housing Administration (FHA) has offered more than 1.5 million loss mitigation and early delinquency interventions. The Administration's programs continue to encourage improved standards and processes in the industry, with HOPE Now lenders offering families and individuals more than three million proprietary mortgage modifications through August. ►Homeowners in the Home Affordable Modification Program (HAMP) demonstrate a high likelihood of long-term success to avoid foreclosure. As of September 2012, more than one million families have benefitted from a permanent HAMP modification, saving a median of approximately $541 on their mortgage payments every month. Eighty-six percent of homeowners who started the program in the past two years have received a permanent modification. HAMP modifications continue to perform well over time, exhibiting lower delinquency and re-default rates than private industry modifications as reported by the Office of the Comptroller of the Currency. The generous payment relief offered to many struggling families by HAMP is a strong indicator of their ability to sustain the payments over time. View the Making Home Affordable Report with data through September 2012. Earlier this week, Treasury provided guidance to mortgage servicers participating in the Making Home Affordable Program about options available to homeowners affected by Hurricane Sandy. Under program guidelines, servicers must offer a minimum of three months forbearance to any Making Home Affordable-eligible homeowner who requests a forbearance and whose property or principal place of business or employment is located in an area designated by the Federal Emergency Management Agency (FEMA) as being covered by the disaster as set forth at www.fema.gov/news/disasters.fema or as confirmed by the local FEMA office. There are currently more than 60,000 homeowners participating in the Making Home Affordable Program in the New York metropolitan area. Additionally, if a homeowner is being considered for or has received assistance under the Making Home Affordable Program and misses one or more mortgage payments, Treasury has directed servicers not to take any action that would adversely affect eligibility for the program unless there is contact with the homeowner to establish whether he or she requires forbearance. The Treasury has also encouraged participating servicers to make extra effort to reach out to homeowners who may be eligible for assistance in impacted areas and allow homeowners additional time to respond and provide necessary documentation.
Link copied
Published
Nov 09, 2012
Coming Up See All
Nov
10
Motor City Mortgage Expo
Detroit, MI
Nov
18
Texas Mortgage Roundup – Houston
Houston, TX
Dec
09
California Mortgage Expo – Irvine
Irvine, CA
Get the Daily
Advertisement
Advertisement
Regulation and Compliance
Crime Stories From The Trenches