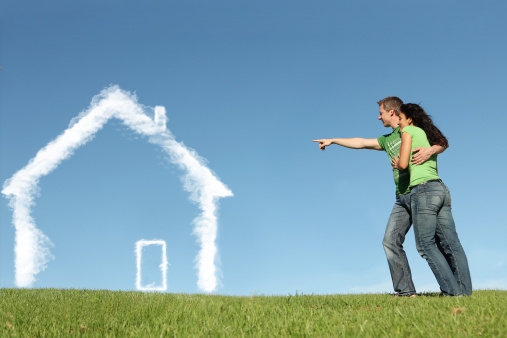 Trulia has released the results of its American Dream survey, which has tracked American attitudes towards homeownership since 2008. Harris Interactive conducted this online survey on behalf of Trulia among 2,083 U.S. adults, age 18 and over, between Nov. 15-19, 2012. Amid rising home prices, increasing home sales, and falling delinquencies and foreclosures, more than one in four consumers (27 percent) feel more positive about homeownership than they were six months ago, compared with 19 percent who report feeling more negative. In fact, 31 percent of today’s renters plan to buy a home in the next two years—a nine-point increase from 22 percent in January 2011. However, some Americans remain skeptical about owning a home. Only 72 percent of consumers said homeownership is part of their personal American Dream, which remains below February 2009 and January 2010, when 76 percent and 77 percent, respectively, agreed with this sentiment. “Millennials have been shaken, not scarred by the housing bust,” said Jed Kolko, Trulia’s Chief Economist. “Nearly all of them want to own a home someday, if they’re not homeowners already. But many of them think today’s low prices and low mortgage rates will last. They may be in for sticker shock if the cost of homeownership has returned to normal levels by the time they’re ready to buy.” Despite coming of age through the years of boom and bust, Millennials (18-34 year olds) haven’t completely written off homeownership. In fact, 72 percent of these young adults say homeownership is part of their personal American Dream, which is the same as the adult population overall. Among renters in this age group, 93 percent plan to purchase a home some day. Meanwhile 43 percent of young adults are homeowners already. Yet despite these long-term aspirations, Millennials have vastly different expectations for the housing market in 2013 than older generations. In 2012, housing inventory was down 23 percent nationally year-over-year, and down 43 percent since 2010. This decrease in homes for sale has limited the options for would-be buyers. However, rising prices could trigger more sales, thereby increasing inventory, in 2013. Among current homeowners, 22 percent said they are at least somewhat likely to sell their home in the next year. This was especially true among homeowners who bought their home between 2010 and 2012, as they’re more likely to have seen their home values increase since purchase—which means they’re more likely to be able to sell at a profit. “2013 could be the year that inventory turns around, just as 2012 was the year that prices started recovering,” said Jed Kolko. “Homebuyers need inventory to choose from, and with fewer foreclosures on the market, new inventory will come from new construction or homeowners wanting to sell. Rising prices will bring out more sellers, especially if price increases lift them back above water."
Link copied
Coming Up See All
Jul
06
Ultimate Mortgage Expo
New Orleans, LA
Jul
13
Carolinas Connect Mortgage Expo
Charlotte, NC
Jul
22
Arizona Mortgage Expo
Chandler, AZ
Get the Daily
Advertisement
Advertisement
Regulation and Compliance
Impact Of Juneteenth Holiday On Residential Mortgage Closings