Nearly One-Third of All Americans Are Mortgage-Free 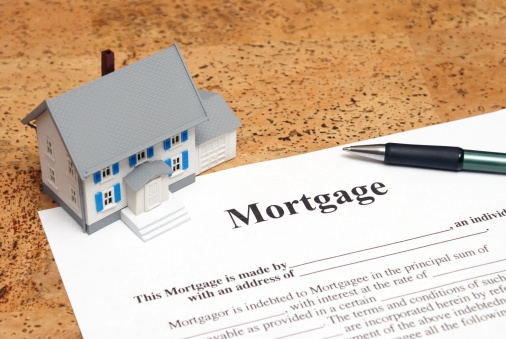 Nearly 21 million Americans (29.3 percent of homeowners nationwide) own their homes outright, unencumbered by a mortgage, according to a recent Zillow analysis of mortgage data. Analyzing data through the third quarter of 2012, Zillow found that 20.6 million homeowners nationwide own their homes free and clear of mortgage debt. Among the nation's 30 largest metro areas included in the study, Pittsburgh (38.6 percent), Tampa (33.2 percent), New York (29.7 percent), Cleveland (29.4 percent) and Miami (28.9 percent) had the highest percentage of free-and-clear homeowners. Washington, D.C. (15.5 percent), Atlanta (17.7 percent), Las Vegas (18.3 percent), Denver (18.5 percent) and Charlotte (20 percent) had the lowest percentage. A number of elements influence the percentage of free-and-clear homeowners in a given area, including median home values. Zillow found that areas with lower home values generally have higher outright homeownership rates, as smaller loan amounts are easier to pay back more quickly. Demographic factors including the age and credit rating of primary borrowers also influence free-and-clear homeownership rates. Zillow found that 65- to 74-year-olds are most likely to be free-and-clear (20.5 percent), followed by 74- to 84-year-olds (17.9 percent). This is attributed to the fact that the longer someone owns a home, the longer they have to pay off their mortgage. Interestingly, when examining free-and-clear ownership rates as a percentage of homeowners in various age groups, Zillow found 34.5 percent of 20- to 24-year-old homeowners are free of mortgages. Among homeowners who own their homes outright, 44 percent have a high VantageScore—representing their credit rating—between 800 and 900. Only 15.5 percent of homeowners with the highest credit rating of 900-990 are free-and-clear. "So far we have used our unique data on how much homeowners owe on their homes primarily to identify underwater and delinquent groups of homeowners," said Zillow Chief Economist Dr. Stan Humphries. "But looking at those homeowners who are free-and-clear is important, too. Homeowners unencumbered by a mortgage may be more flexible than indebted homeowners, and therefore more apt or willing to list their homes or enter the market for a new property. By determining where these homeowners are located, we can also gain insight into potential inventory and demand in those areas, as well."
Link copied
Published
Jan 10, 2013
Coming Up See All
Dec
02
Certified Military Home Specialist Course - Basic Training
Webinar
11:00 AM PT / 2:00 PM ET
Dec
07
OriginatorTech
Virtual
•
11:00 AM ET
Dec
09
California Mortgage Expo – Irvine
Irvine, CA
Get the Daily
Advertisement
Advertisement
Tech
Banks And Investors Stake Claim To Their Domain

Investors, banks, and nearly all consumers have gone digital, with 90% of mortgage and loan consumers starting their journey online. Although 81% of consumers have no specific brand in mind, once converted, each consumer spends more than $28,000. So, on December 22, 2021, Va...