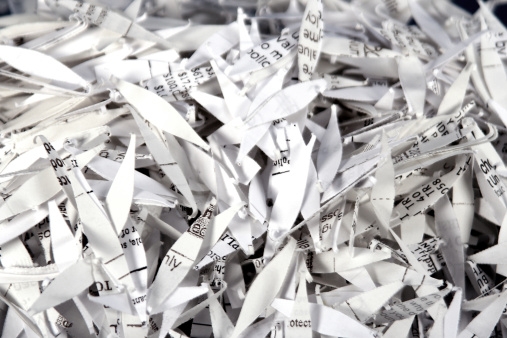 Justin H. Knight of Littleton, Colo. has been sentenced by U.S. District Court Judge Robert E. Blackburn to serve five years’ probation, with the first 12 months in home detention for shredding documents in an attempt to obstruct an investigation into a mortgage fraud scheme, U.S. Attorney John Walsh, FBI Denver Special Agent in Charge James Yacone, IRS-Criminal Investigation Special Agent in Charge Stephen Boyd, and U.S. Postal Inspector in Charge Adam Behnen announced. Judge Blackburn ordered Knight to pay a $100 special assessment as well as the cost of the electronic monitoring. Knight was charged by an Information on Nov. 14, 2011. He pled guilty to destruction of records on Feb. 10, 2012. He was sentenced on Feb. 1, 2013. As part of the larger mortgage fraud scheme, Peter V. Capra, Demetrious G. Gianopoulos and Brian Waring were charged in three separate indictments. Gianopoulos pled guilty to one count of money laundering on May 10, 2011, and was sentenced to serve five years’ probation. Warning pled guilty to one count of conspiracy to commit mail fraud, wire fraud, and money laundering and is expected to be sentenced later this year. Capra was indicted on April 25, 2012, which was then followed by a superseding indictment on May 23, 2012, for obstruction of justice, mail fraud, wire fraud, and money laundering. The Capra case is currently scheduled for trial on Sept. 23, 2013, in front of Judge R. Brooke Jackson. According to court documents, between on or about Jan. 1, 2005, and continuing through on or about July 31, 2008, in the state and District of Colorado and elsewhere, Capra and others knowingly executed and attempted to execute a scheme to defraud various mortgage lenders. The scheme was executed in connection with applications for residential mortgage loans and related documents associated with real estate purchases including but not limited to properties in Parker, Colorado. Capra was the president of Golden Design Group Inc. (GDG), a company that built and sold houses in the Denver metropolitan area. It was a part of the scheme to structure transactions involving GDG homes to allow buyers to receive substantial amounts of the lenders’ money at the time of closing without the knowledge of the lenders. The scheme also allowed GDG to sell a large volume of homes to otherwise unwilling or unqualified buyers. The perpetrators of the scheme would arrange for the buyers to submit applications for first and second mortgages to support their purchases of GDG homes. Many of the buyers bought multiple properties at or near the same time. Loan applications for the buyers were submitted through several different mortgage brokers, which included false information submitted in connection with the applications, including materially false and fraudulent representations about the buyers’ income, liabilities, source of down payment, and intent to occupy the properties as their primary residences. Applications for different properties were also submitted to different lenders to prevent the lenders from discovering the extent of the buyers’ real estate liabilities. Furthermore, at closing or soon thereafter, funds were distributed to the buyers in ways that prevented the lenders from discovering that these funds were actually going to the buyers. In the Knight case mentioned above, on April 10, 2007, a grand jury subpoena was served on defendant Knight’s employer at the time, GDG. After a meeting with Capra, Knight and another employee of GDG began shredding documents responsive to the subpoena allegedly based on instructions received from Capra. The shredding was accomplished using a new, high-volume shredder purchased by Capra for this task. Documents that were shredded included sales contracts between GDG and various other people involved in the mortgage fraud scheme. “Targets of an investigation may think that obstructing a federal investigation by shredding subpoenaed documents will protect them from prosecution. As this case demonstrates, the exact opposite is true,” said U.S. Attorney John Walsh. “The FBI will continue to work with our federal partners to pursue those who defraud financial institutions and also those who attempt to obstruct justice by destroying critical evidence,” said FBI Denver Special Agent in Charge James Yacone. “We are very appreciative of the working relationship between our agency, the Federal Bureau of Investigation, and the Internal Revenue Service-Criminal Investigation, as it was instrumental in bringing these subjects to justice in such a complex investigation,” said U.S. Postal Inspector in Charge Adam Behnen. “IRS-Criminal Investigation stands ready to partner with law enforcement agencies to pursue individuals who commit Mortgage Fraud,” said Stephen Boyd, Special Agent in Charge, IRS-Criminal Investigation, Denver Field Office. This case was investigated by IRS-Criminal Investigation, the Federal Bureau of Investigation, and the United States Postal Inspection Service. The case was prosecuted by Assistant U.S. Attorney Matthew Kirsch. If convicted, Capra faces not more than 10 years in federal prison and up to a $250,000 fine for obstruction of justice. He faces not more 20 years in federal prison and up to a $250,000 fine, or two times the gain or loss from the offense, for each of the 14 counts of wire fraud and for each of the two counts of mail fraud. Capra faces not more than 10 years in federal prison and up to a $250,000 fine, or the value of the property involved in the transaction, or both, for each of the 10 counts of money laundering. The charges against Peter Capra are allegations, and he is presumed innocent unless and until proven guilty.
Link copied
Published
Feb 11, 2013
Coming Up See All
Jan
26
Mortgage Leadership Outlook: Karl Jacob
Facebook Live
•
1:00 PM PT
Jan
27
Making Money in Non-QM
Webinar
1:00 PM ET
Feb
08
Texas Mortgage Roundup — Austin
Austin, TX
Get the Daily
Advertisement
Advertisement
Community
LendingTree Inc. Ushers In New Generation Of Leaders