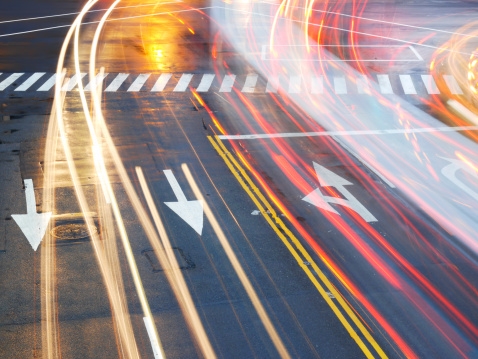 Price and proximity to work are key concerns for first-time homebuyers, while trade-up buyers tend to be most focused on the design of the home and the neighborhood, according to "Characteristics of Home Buyers," an analysis of the recently released 2011 American Housing Survey (AHS) by the National Association of Home Builders (NAHB). The biennial survey, which is conducted in odd-numbered years by the U.S. Census Bureau, covers about 6.8 million home sales that occurred in 2009 and 2010. NAHB's analysis additionally compares the homes that buyers purchased with what they say they want using results from "What Home Buyers Really Want," a new consumer preference survey published by the association. "Among first-time homebuyers, price was the most frequently cited reason for selecting a particular house, with a 38 percent share. At 30 percent, proximity to work was the most frequently cited reason for choosing a specific neighborhood," said David Crowe, NAHB's chief economist. "The majority of trade-up buyers (36 percent) cited the design of the home as the primary reason for selecting a particular house, with 28 percent citing the looks and design of the community as the reason for choosing a specific neighborhood." More than 90 percent of the sales reported in the 2011 AHS were existing homes, a significant increase from previous years. "Sales of new homes were very low in 2009 and 2010 due to the unique circumstances surrounding the Great Recession and the housing market crisis. We expect that situation to turn around as the housing market recovery takes hold," said Crowe. "More than half (55 percent) of the people surveyed for 'What Home Buyers Really Want,' NAHB's consumer preferences study, said they would prefer to purchase a new home rather than an existing home." There's good reason for that preference. New homes provide buyers the opportunity to choose finishes, fixtures, flooring and more. And they are apt to have the other elements that buyers want including open design, up-to-the-minute kitchens and baths, and features such as a laundry room and walk-in pantry that help with organization and storage. There is also growing interest in single-story homes, and energy efficiency continues to be a concern. In fact, nine out of 10 buyers surveyed would prefer to purchase a home with energy-efficient features and permanently lower utility bills rather than to buy a home without those features that costs two to three percent less. Increasing numbers of homes nationwide are being constructed to the ICC 700 National Green Building Standard (NGBS), which is the only residential green building rating system approved by ANSI as an American National Standard. These homes have lower operating costs due to cost-effective energy and water efficiency practices and the use of lower maintenance materials. Additional NAHB analysis of information from the 2011 AHS shows that energy costs are about 10 percent lower in new homes, even though new homes tend to be larger. The average annual cost of energy was $2,478 for all single-family homes and $2,240 for those built after 2008, which were new when the information was compiled. Average maintenance costs were 56 percent lower for new homes. Average annual maintenance costs for homes built after 2008 were $241 compared to $547 for all single-family homes. "No matter what their preference for location or style, financially qualified buyers are likely to find a new home with the features they most want," said Crowe. "The housing market is strengthening in most areas of the country, and home builders are eager to help buyers achieve or further their homeownership goals."
Link copied
Published
Mar 04, 2013
Coming Up See All
Jan
26
Mortgage Leadership Outlook: Karl Jacob
Facebook Live
•
1:00 PM PT
Jan
27
Making Money in Non-QM
Webinar
1:00 PM ET
Feb
08
Texas Mortgage Roundup — Austin
Austin, TX
Get the Daily
Advertisement
Advertisement
Community
LendingTree Inc. Ushers In New Generation Of Leaders