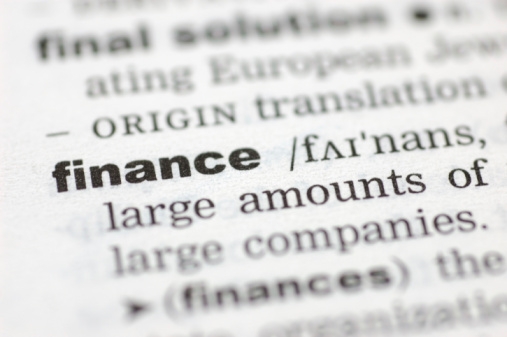 As Financial Literacy Month begins, the National Foundation for Credit Counseling (NFCC) and the Network Branded Prepaid Card Association (NBPCA) have released the results of the 2013 Financial Literacy Survey. In its seventh year, the survey annually provides data and trending around Americans’ attitudes and behaviors related to personal finance. “This year’s survey results provided somewhat of a mixed message,” said Susan C. Keating, president and CEO of the NFCC. “More than one in four consumers indicated they are spending more than last year, yet 77 percent admitted to having financial worries, listing insufficient savings as their top financial concern. While consumers moving out of recession mode and becoming more comfortable with spending is positive for the nation’s economy, they need to be mindful of the fact that increasing spending without a safety net in the form of savings could have a negative impact on their personal economy.” Regarding consumer responses around financial concerns, respondents were asked which areas of personal finance currently worry them the most, and were allowed to select multiple responses, with results as follows: 1. Not enough savings – Overall, 57 percent of Americans indicated they are worried over a lack of savings, including forty-three percent who are concerned about not having enough “rainy day” savings for an emergency, and 38 percent concerned about retiring without having enough money set aside. Although fairly evenly divided, the data suggest that having enough money to resolve daily emergencies takes precedence over the longer term retirement planning. 2. Not being able to pay financial obligations – A total of 26 percent of U.S. adults, or roughly 61 million people , were worried about servicing their debt commitments, including concerns around paying credit card debt (13%), repaying student loan debt (8%), an inability to make monthly vehicle payments (7%), and not being able to pay off existing medical debt (6%). 3. Health insurance – One in four U.S. adults (25%) are worried about health insurance – either not being able to afford it (19%) and/or not having any (17%). 4. Credit – While 19 percent were worried about their credit score and/or lack of access of credit overall, 16 percent were anxious about their score, with nine percent concerned over their lack of access to credit, suggesting that consumers continue to realize the importance of credit in their lives. However, most adults have neglected to review their credit report (65%) or score (60%) in the past year. 5. Job loss – Eighteen percent, or more than 42 million Americans , indicated fear of job loss as a major concern, a number that is disturbingly high. 6. Foreclosure – As the least of consumers’ concerns (among those listed), a comparatively small four percent of Americans are worried over losing their home to foreclosure, undoubtedly a positive signal for the housing industry and the economy as a whole. The good news is that 20 percent of U.S. adults indicated they do not have any financial worries, a strong sign of consumer confidence. Remaining stubbornly consistent over the past three years, 40 percent of U.S. adults gave themselves a grade of C, D, or F on their knowledge of personal finance, thus it is not surprising that nearly four in five (78%) agree that they could benefit from additional advice and answers to everyday financial questions from a professional. There is ample opportunity for consumers to improve their level of financial literacy and take steps to resolve their financial problems. Although the plurality of U.S. adults indicated that, if they were having financial problems related to debt, they would first turn to their friends and family for assistance (28%), a similar number (27%) also said they would reach out to a professional nonprofit credit counseling agency for help, demonstrating a high level of confidence in the value of credit counseling. "The Network Branded Prepaid Card Association (NBPCA) was excited to partner with NFCC again this year for the annual Financial Literacy survey. Consumers continue to choose prepaid cards for convenience, safety, and security. The new findings revealed that 24 percent of prepaid customers said prepaid was their only option, and 71 percent indicated they wish they had the opportunity to enroll in overdraft protection for unexpected situations," said Kirsten Trusko, president and Executive Director, NBPCA. "When managing their money, convenience and safety were once again some of the top reasons cited by the 6 percent of Americans who typically use prepaid debit cards to pay for everyday transactions. Further, 81 percent said prepaid cards were a better value and cost less than using a credit card or debit card attached to a checking account" Other prepaid card findings include: ►Four in five prepaid debit card users (81%) feel more in control of their money with a prepaid debit card than a debit card connected to a checking account at a bank or credit union, and more than two in five (43%) strongly agree. ►Those who regularly use prepaid debit cards do so primarily because they are convenient (59%). Nearly half (46%) say prepaid debit cards are safer than carrying cash, and two in five (40%) cite the inability to overspend. One in four (24%) say they use prepaid debit cards because they have no other payment or banking options. ►More than one in four (28%) say their prepaid debit card currently offers overdraft protection and 68% said they would feel more at ease using their prepaid debit card if it offered draft protection. 71% indicated they wish they had the option to enroll in overdraft protection.
Link copied
Published
Apr 01, 2013
Coming Up See All
Jan
26
Mortgage Leadership Outlook: Karl Jacob
Webinar
1:00 PM PT
Jan
27
Making Money in Non-QM
Webinar
1:00 PM ET
Feb
08
Texas Mortgage Roundup — Austin
Austin, TX
Get the Daily
Advertisement
Advertisement
Analysis and Data
Funding For Multifamily Affordable Housing Reaches Its Highest Volume In 2021