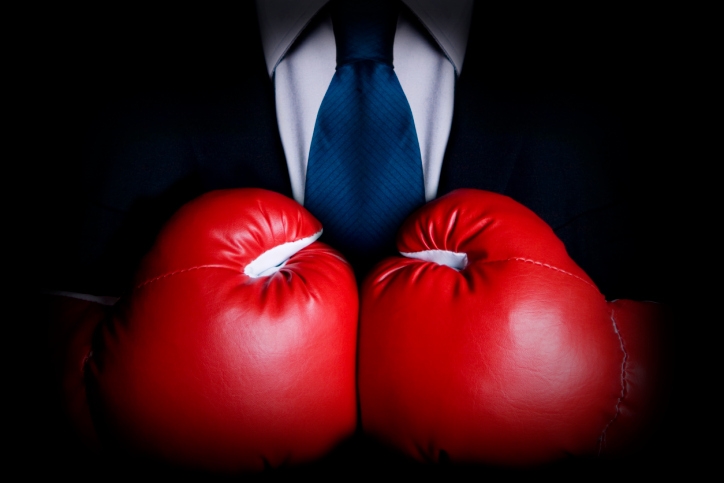 Hallmark Abstract Service LLC President and CEO Michael Haltman is one of 23 business professionals who have been selected to box for the 10th Long Island Fight for Charity, which will be held on Nov. 25th at the Long Island Hilton in Melville, N.Y. This event is one of Long Island’s leading charity fundraising and networking events, as more than 1,200 are expected to attend and $200,000-plus is projected to be raised to support members of the community through the event’s three beneficiaries: Long Island Community Chest, Family Residences and Essential Enterprises (FREE), and The Genesis School. Haltman will be a featured boxer within the more than 10 bouts that will pit local business professionals against each other for charity. “When I overheard one of the founders of the Long Island Fight for Charity at a networking event speaking about the program and the charities that this event has been responsible for helping for almost 10 years, I knew that I needed to get involved," said Haltman. "With so many families out there who have children with autism and others around Long Island with immediate and dire financial needs, what better way to give back than by raising money while challenging my own physical limits at the same time.  The Fight for Charity is an organization comprised of many solid citizens who selflessly give of their time in order to give back to the Long Island community and that is something I am proud to be part of." As part of his long-term commitment within this unique, charitable headlining event, which since its inception has raised more than $700,000 and attracted more than 150 “boxers” representing a variety of professional work industries, Haltman will raise a minimum of $5,000 and engage in a rigorous training schedule that will be in well excess of 150 hours and involve heavy bags and speed bags, weight training, abdominal work, sparring, running, biking, jumping rope and tennis. No stranger to investing in charitable causes, Haltman is the founder of the New York City and Long Island Chapters of the Restless Leg Syndrome Foundation and has participated in various event fundraisers benefitting the Canine Companions for Independence and its Purple Heart Pups.  “When we started the Fight for Charity 10 years ago, we anticipated it would establish itself as an event people would look forward to going to every year," said Jamie Austin, Long Island’s Fight for Charity co-founder. "This event has been successful over the years because of the dedication of the volunteer boxers and hard work of volunteers. Today, more than ever before, we need to raise money and support members of our community and the charities that work to serve their needs."
Link copied
Published
Jun 27, 2013
Coming Up See All
Feb
14
Texas Mortgage Roundup — Austin
Austin, TX
Mar
01
Atlanta Mortgage Expo
Atlanta, GA
Mar
15
Mid-South Mortgage Expo
Nashville, TN
Get the Daily
Advertisement
Advertisement
Operations
First American Financial Acquires 1031 Solutions