Study: More Than Half of Qualified HARP Homeowners Have Been Previously Rejected 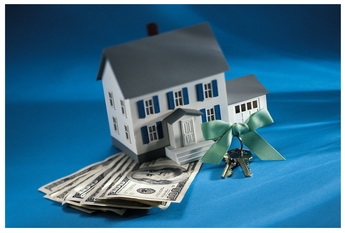 A loanDepot.com LLC survey has found that more than half of homeowners who refinanced through the Home Affordable Refinance Program (HARP) in the last year had been turned down previously when they tried to refinance. HARP reforms announced in December 2011 removed a number of restrictions, and homeowners who previously were denied may now be eligible. "Many underwater HARP-eligible homeowners have been turned down before, and they now assume they can't get help," said Jim Svinth, chief economist for loanDepot. "Requirements have changed, making it possible for loanDepot to give financial relief to even more homeowners. If a homeowner is current on their mortgage payments, and the loan is owned by Fannie Mae or Freddie Mac, help is available."  According to recent Federal Housing Finance Agency (FHFA) estimates, there are up to two million HARP-eligible borrowers who have little to no equity in their homes, and who could reduce their monthly payment if they refinanced. FHFA focus groups found that many homeowners don't realize they are eligible for HARP. loanDepot's survey found that 51 percent of respondents had been turned down before, and more than half of those had been turned down multiple times. Fifty-seven percent were turned down because their home was too far underwater and 17 percent said they had poor credit at the time. Other findings from the loanDepot customer survey: ►87 percent of borrowers are saving $1,200 or more a year after refinancing ►12 percent are saving $6,000 or more a year ►Most homeowners are using the savings to get their finances in order, with 43 percent using it to cover everyday expenses, such as gas and groceries, and 20 percent using it to pay off other debt ►49 percent of survey respondents had not previously tried to refinance, stating they were not aware of the HARP program, and they didn't think they would qualify to refinance
Link copied
Published
Oct 09, 2013
Coming Up See All
Nov
10
Motor City Mortgage Expo
Detroit, MI
Nov
18
Texas Mortgage Roundup – Houston
Houston, TX
Dec
09
California Mortgage Expo – Irvine
Irvine, CA
Get the Daily
Advertisement
Advertisement
Analysis and Data
Foreclosure Starts Dip Despite End Of Federal Moratoria