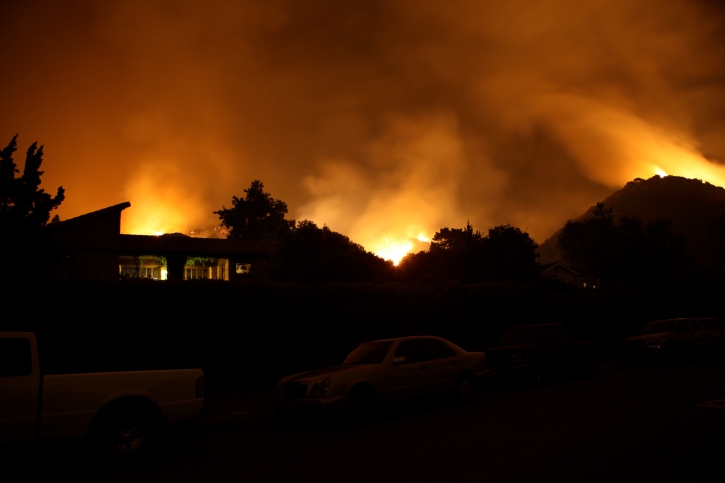 CoreLogic released its 2013 CoreLogic Wildfire Hazard Risk Report. The report identifies more than 1.2 million residential properties across 13 states in the western U.S. currently at high or very high risk for wildfire damage, representing a combined total property value estimated at more than $189 billion. Of the total properties identified, just over 268,000 homes fall into the "Very High Risk" category alone, with total residential exposure valued at more than $41 billion. In addition to providing a property-level categorical risk rating for the total number and value of homes exposed to wildfires, the CoreLogic Wildfire Risk Model used to develop the report also assigns a numeric risk score to each property, ranging from 1 to 100. This separate score indicates the level of susceptibility to wildfire that accounts for risk not only associated with the physical property itself, but also located in close proximity to the property boundary. When expanding the analysis through the CoreLogic Wildfire Risk Score to include the surrounding area, more than 1.5 million homes are assigned the highest Wildfire Risk Score (81-100), representing a combined potential property value of more than $224 billion. The 2013 CoreLogic Wildfire Hazard Risk Report provides a breakdown of residential property risk at four geographic levels—regional, state, metro and ZIP code. The report was developed to provide the insurance industry, financial services companies, homeowners and others impacted by wildfire outbreaks with a better understanding of wildfire risk in the U.S. "Recent trends have proven that the risk of wildfire damage is a real and immediate threat to many homeowners in the western U.S. Awareness of that risk, as it relates to homes and businesses, is crucially important to minimizing or preventing massive property damage," said Dr. Thomas Jeffery, senior hazard scientist for CoreLogic Spatial Solutions. "Coming off a record-setting year in 2012, the 2013 wildfire season has already presented a number of damaging fires including the Black Forest Fire in Colorado and the Rim Fire in California. More importantly, the season is far from over. The next two months could be a critical time should fires continue to ravage the dry fuel areas in the west, as ongoing drought conditions in the region continue to exacerbate wildfire risk." Key findings in the 2013 CoreLogic Wildfire Hazard Risk Report include: At the regional level, the Southern Rockies and South Central U.S. contain the most homes facing wildfire risk, both within the physical property boundaries and when including risk in close proximity. There are a total of 145,361 properties identified as Very High Risk, and a total of 915,374 properties that have a risk score higher than 81, indicating the highest level of risk. The states most commonly associated with wildfires also contain the most properties at risk—Colorado, California and Texas are home to the largest number of properties categorized as Very High Risk, with a combined property value exceeding $34.5 billion. Including the homes located in the High Risk category, the total property exposure to risk reaches more than $160 billion for these three states. When analyzed by risk score, 1,254,487 homes worth more than $185 billion fall into the highest risk segment of 81-100. When considering property-level risk strictly in the Very High category, Colorado tops the list of states analyzed in the report with a total of 83,174 homes falling into that group. Comparatively, when assigning the Wildfire Risk Score, Texas takes the top spot with 678,544 homes scoring in the 81-100 high-risk range. Of the seven cities analyzed in the report, Los Angeles is home to the most single-family residences exposed to wildfire risk, with more than 60,000 properties in the High or Very High Risk categories. The total value of the homes in those two categories is estimated to be nearly $8.3 billion, with Malibu at the top of the list of ZIP code areas, with more than $700 million in potential residential property exposure to wildfire risk. The report also highlights the importance of factoring the Wildland Urban Interface (WUI) into a comprehensive analysis of wildfire risk, which is the precise area where urban development and wildland intersect. The report states that just between the years of 1990 to 2008, there were close to 17 million new homes built in the U.S., of which 10 million (58 percent) were located in the WUI and, therefore, potentially exposed to higher wildfire-risk zones. "As cities grow in population, they tend to expand outward into formerly undeveloped wildland areas. Just because your home is located within a city boundary does not necessarily mean you are safe from wildfire destruction if there is wildland vegetation nearby," said Jeffery. "Wind-blown embers can travel hundreds or even thousands of feet and ignite homes located far away from an actual fire. Since much of the expansion on the urban edge consists of residential properties, an increasing number of newer homes are located in close proximity to natural wildland areas where the potential for wildfire damage is much greater."
Link copied
Published
Oct 10, 2013
Coming Up See All
Nov
10
Motor City Mortgage Expo
Detroit, MI
Nov
18
Texas Mortgage Roundup – Houston
Houston, TX
Dec
09
California Mortgage Expo – Irvine
Irvine, CA
Get the Daily
Advertisement
Advertisement
Industry News
Guild Mortgage Announces Medical Professional Mortgage Program