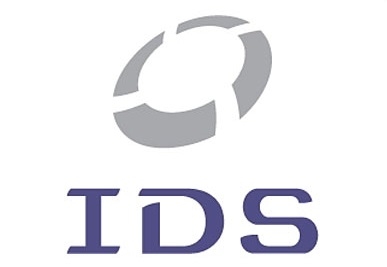 Mortgage document preparation vendor International Document Services Inc. (IDS), has announced it has completed the first two phases of its planned changes to its flagship document preparation system idsDoc in preparation for the Dodd-Frank changes set to be implemented by the Consumer Financial Protection Bureau (CFPB) in January 2014. In addition, IDS is releasing a guidebook on the changes via the idsDoc portal start page on Nov. 11. Titled IDS’s Implementation of the Final Rules: Dodd-Frank January 2014, the manual is designed to guide its customers through the numerous system and compliance changes. According to Mark Mackey, executive vice president at IDS, the company expects to have all changes completed by Nov. 15, if not before—nearly two months ahead of the CFPB’s deadline—giving users as much time as possible to make themselves familiar with changes before the law goes into effect. “As we saw with RESPA reform back in 2010, unfamiliar document changes can throw a significant wrench in a lender’s day-to-day operations, particularly as lenders discover questions and issues in the normal course of doing business,” said Mark Mackey. “IDS hopes that by giving our users time to explore the changes, we can uncover and address as many issues as possible before the fact.” Phase I, which was completed in September, included layout changes and the addition of several news fields: ►Counseling Notice Date field added; ►NMLS number to display on Note/Security Instrument panel; ►Notice of Servicing Transfer; ►Notice of Error/Information Request; ►Reassignment of Endorsement/Allonge panel to the Investor page, plus addition of Endorse To field; and ►Amount Transferred from Previous Account for escrow funds transfers during a refinance. Released on Oct. 18, Phase II included additional layout changes, as well as the addition of two new fields relating to loan types—Bridge Loan Indicator and State High-Cost Indicator—to the Loan Type panel and two new rounding options (nearest 1/4 and nearest 1/10).  Also included in Phase II were changes to the Pre-Payment Penalty panel with the addition of eight new fields: ►Pre-Payment ID; ►Customize Pre-Payment Indicator; ►May exceed two percent of amount prepaid Indicator; ►May exceed one percent of amount prepaid in 3rd year Indicator; ►Rate without Pre-Payment Penalty; ►Points and Fees without a Pre-Payment Penalty; ►Termination Fee Amount (when applicable); and ►Termination Fee Term (mths) (when applicable).
Link copied
Published
Oct 28, 2013
Coming Up See All
Oct
19
Suncoast Mortgage Expo
Tampa, FL
Nov
10
Motor City Mortgage Expo
Detroit, MI
Nov
18
Texas Mortgage Roundup – Houston
Houston, TX
Get the Daily
Advertisement
Advertisement
Analysis and Data
MBA Forecast: Purchase Originations To Rise 9% In 2022