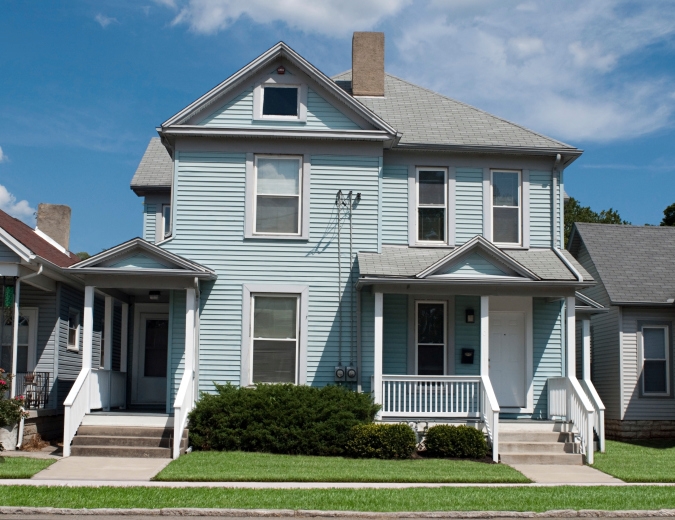 RealtyTrac released its Aging Homes Analysis, which shows that more than 70 percent of the U.S. single family homes were built before 1990 while 60 percent of 2013 sales year-to-date were for homes built before 1990. “The high percentage of homes that are at least 20 years old and likely in need of some major repairs is eye-opening,” said Jake Adger, chief economist at RealtyTrac. “However, given the low inventory of homes available for sale in today’s market, this challenge of aging U.S. housing supply can also be an opportunity for buyers looking for a bargain and homeowners looking to update their living space and improve the value of their homes.” The likelihood of purchasing an older home varies by state.  Homes older than 1990 made up more than 80 percent of year-to-date 2013 sales in 14 states: Louisiana, Vermont, Wisconsin, Michigan, New Mexico, Kentucky, New Jersey, New York, Rhode Island, Illinois, West Virginia, Connecticut, Massachusetts, and Pennsylvania.  In contrast, older homes made up less than 40 percent of 2013 sales in Utah and Nevada. Purchases of single family homes by institutional investors, entities that bought at least 10 properties in the last 12 months, skewed toward newer homes, with 39 percent of year-to-date 2013 purchases for homes built in 1990 or later. The percentage of sales on homes built in 1990 or later by institutional investors exceeded 50 percent in 10 states, including Nevada (73 percent), Idaho (66 percent), Arizona (61 percent), Mississippi (61 percent), and North Carolina (60 percent). Meanwhile homes built in 1990 or later sold at an average price of $256,292 year-to-date in 2013 while homes built before 1990 sold at an average price of $233,221. “The lower price point on older homes is not surprising given many are in need of some rehab and are more likely to have maintenance issues,” Adger noted. “But this also presents an opportunity for buyers willing to take on that older inventory. Those buyers can purchase at lower price points and face less competition from institutional investors.” Government-backed rehab financing Adger noted that the Federal Housing Administration’s 203(k) program is the government’s answer to the problem of the aging housing supply. Owner-occupant buyers can take advantage of the 203(k) program to finance the purchase, rehab, and upgrade of an older home, while homeowners can also take advantage of the program to roll rehab costs into a refinance. Older homes are likely to be in need of major work if that work has not been completed recently by the previous owner. Many older homes haven’t been upgraded to include the latest technologies for energy efficiency and natural disaster preparedness, or to include layouts and floor plans preferred by many homeowners today. “Many consumers may not realize the FHA 203(k) program allows them to roll in the cost of both minor and major rehab into the purchase financing or a refinancing,” said Dennis Walsh, CEO of REBuildUSA, which connects buyers and homeowners with lenders specializing in 203(k) loans. “This means the entire layout of these older homes can be changed to fit more with modern tastes and sensibilities.” Walsh noted that homeowners can expect normal wearing out of certain things around the house, as they reach the end of their expected life. The NAHB’s 2007 report Study of Life Expectancy of Home Components provides life expectancies for a number of these items based on the age of the home: ►As new as 10 years – Washing Machine, Dishwasher, Carpet, and Duct work ►10 to 25 years – Decks, Asphalt Roof, Linoleum or Laminate flooring, Water Heater, Sprinklers, Faucets and Toilets, Air Conditioner, Furnace, Aluminum Windows, Paint, Aluminum and Steel Gutters, Other Appliances ►25 to 50 years – Kitchen Cabinets, Wood Roofs, Wood Windows, Electric Heating, Trim Lumber, Kitchen Cabinets “We find folks also adding rooms, knocking down walls and other changes that enlarge, modernize or open up a floor plan,” Walsh said. “Older homes often do not have a separate master bath, or the existing master bath is just too small and outdated.” Longtime homeowners who live in older homes can use the 203(k) program to refinance at a lower rate. Eight states have more than 100,000 homeowners who are estimated to be up to 10 percent underwater on their mortgages, Adger noted. With modest increases in home values these homeowners should be able to refinance. These homeowners may not be aware that they can refinance with a 203(k) loan even if their home needs major upgrades, as long as they have five percent equity and are not in default.
Link copied
Published
Nov 01, 2013
Coming Up See All
Aug
18
Maximum Acceleration
Las Vegas, NV
Aug
19
Originator Connect
Las Vegas, NV
Aug
19
Non-QM Summit
Las Vegas, NV
Get the Daily
Advertisement
Advertisement
Analysis and Data
Mortgage Debt Rose 14% From 2017-2021: Experian