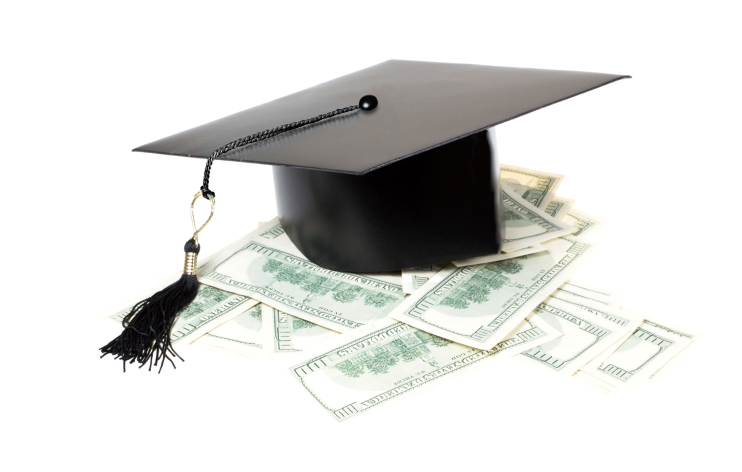 The Consumer Finance Protection Bureau (CFPB) recently announced that, along with their “Know Before You Owe” regulations, they’ll also be overseeing non-bank student lending. The general idea, of course, is to prevent students from entering into decades of repayment, as the cost of higher education continues to climb, despite students entering a horrific job market upon graduation. Student loans remain an integral aspect that prevents individuals from having perfect credit in order to achieve the dream of homeownership. Gawker provided this nifty inforgraphic to illustrate grads' nervousness regarding their student debt. “Student loan borrowers should be able to rest assured that when they make a payment toward their loans, the company that takes their money is playing by the rules,” said Richard Cordray, Director of the CFPB. “This rule brings new oversight to those large student loan servicers that touch tens of millions of borrowers.” Student loans represent the nation’s second largest consumer debt market, and this market has seen a rise in borrower delinquency in recent years. While the rising cost of higher education will certainly make a dent in an individual’s credit as they enter the homebuying market, there are other concerns as to a young person’s line of credit that could negatively impact the dream of homeownership. One of the major concerns is the complication regarding payment histories, as well as the process through which credit reporting companies engage in reporting. The average age for an individual to purchase their first home is around 30-31, so, negatively-impacted credit can have severe effects on the process overall should there be some kind of mistake or process that doesn’t make sense. “The most significant problem is with the reporting of payment histories, which I have personally seen be grossly inaccurate on thousands of consumer reports,” said consumer credit expert Lee “Doc” Compton. “For example, many times, the loan history will show several months of current payment history, followed immediately by a single 90 day late. I'm no theoretical physicist, but from what I know about the space-time continuum, it's not possible to go from current to 90 days late, in the span of 30 days.” The CFPB currently oversees student loan servicing at the nation's largest banks. Their new ruling expands that supervision to any non-bank student loan servicer that handles more than one million borrower accounts, regardless of whether they service federal or private loans. Under the rule, those servicers will be considered “larger participants,” and the CFPB may oversee their activity to ensure they are complying with federal consumer financial laws. To coincide with this new authority, the Bureau has also updated its Supervisory and Examination Manual to provide guidance on how it will monitor bank and non-bank servicers of private and federal student loans. And there’s also the question of high interest rates having a huge impact on an individual’s line of credit. “Sallie Mae loans (for example) did carry high interest rates and frankly, it’s not the most beneficial way for students to establish credit especially in today’s employment deficit climate,” said Mary McPhail, marketing manager with Vanguard Funding. “When they graduate from college, they need to sustain some form of income to sufficiently pay off/pay down this loan—if they don’t have employment or a means to repay, the loan will be delinquent and therefore may give them a negative hit on their credit—not a fair situation for a kid fresh out of college looking to start their future on the right foot.” The high cost of living is also something that can negatively impact an individual looking to partake in homeownership. Certain cities (New York being chief among them) are incredibly costly and require individuals to dedicate thousands per month in living expenses solely for rent. This could negatively impact their ability to repay student debt or credit card-related debt, thus creating a culture of “renters” as opposed to “homeowners.” “It is the combination of the high cost of living, the anticipated and unexpected expenses of home ownership, credit card payments, child rearing expenses, questions about the viability of values going up, student loans and the uncertainty of their employment status,” said Bob Rubin, managing director of The Business Loan Connection. Don Frommeyer, president of NAMB—The Association of Mortgage Professionals, echoed Rubin’s statements, adding, “An individual should have four to six months of reserve, should they lose their job or face an economic downturn. Most young people don’t have that and that’s a major factor in homeownership.” Another concern is the impact on home values. “When you couple tighter lending due to new regulations with rising student loan debt, consumers will only be able to afford lesser homes, which may create downward pressure on home values,“ said John H.P. Hudson, vice president of regulatory affairs with Premier Nationwide Lending. “We have heard complaints from private student loan borrowers that their servicer is not held accountable for answering their questions and providing quality customer service. Borrowers have complained that they had trouble making prepayments or partial payments on their loans. They have also complained that when their loans were transferred between servicers, their paperwork was often lost and processing errors were made that resulted in late fees," said Cordray. "We have seen especially shameful examples of poor servicing when servicemembers, simply trying to obtain hard-earned benefits, find themselves thwarted by burdensome paperwork and other obstacles. Many of these borrowers did everything right; they worked hard and made years of monthly payments, but still cannot find any help to get out of those high-rate loans. We know that student loan servicers can have a profound impact on borrowers and their families. So we need to make sure they are complying with federal consumer financial laws.”
Link copied
Published
Dec 06, 2013
Coming Up See All
Nov
10
Motor City Mortgage Expo
Detroit, MI
Nov
18
Texas Mortgage Roundup – Houston
Houston, TX
Dec
09
California Mortgage Expo – Irvine
Irvine, CA
Get the Daily
Advertisement
Advertisement
Analysis and Data
Foreclosure Starts Dip Despite End Of Federal Moratoria