Bernanke Set to Ride Off Into the Sunset, Takes a Bit of QE With Him 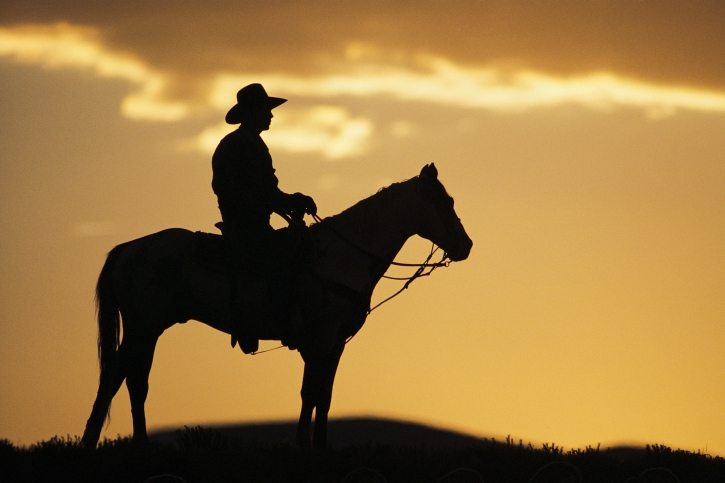 Ben Bernanke’s time as chair of the Fed is rapidly coming to a close. Bernanke, who will be succeeded by Janet Yellen, will oversee one final meeting, held Jan. 28-29, then will hop on his horse and ride off into the sunset, the proverbial cowboy leaving the proverbial chaotic Wild West in the dust. Whether Yellen will continue Bernanke’s policies or immediately reverse his decisions is anyone’s guess, however; it all depends on the market. Being the head of the Fed isn’t an easy gig. Being “responsible” for the economic downturn is a part of the job. So is getting out in front of a situation and talking to the press directly about what’s going on with the nation’s money. But, as a Wall Street Journal editorial points out, this wasn’t always the case. As recent as 25 years ago, the Fed was as cloak and dagger as the Consumer Financial Protection Bureau (CFPB) is currently. This has changed drastically since the days of Paul Volcker and Alan Greenspan, who would both use complicated, math-riddled economic psychobabble to mystify the press and those in attendance at conferences. Bernanke changed that. The guy was down to Earth. He spoke in plain English. He didn’t actively go out of his way to highlight figures and facts that would stumble the everyman. That approach to being the Fed chair will be sorely missed, however; Yellen, who was present at basically every meeting Bernanke called during his time as chairman, will hopefully continue this tradition of plain speak. Quantitative Easing (QE), which is essentially the business of lining Wall Street’s pockets masked as “economic stimulation” through the purchasing of bonds, has been tapered from $85 billion to $75 billion per month. This development sent a sizable spike throughout Wall Street and other financial markets, many seeing the tapering as a sign of financial strength in the United States, something that hasn’t been seen in a while. Tapering is expected to continue into next year, as long as economic recovery continues. "Continued progress [in the economy] is by no means certain," Bernanke said. "The steps that we take will be data-dependent." The end of 2014, should the economy continue on the path projected by Bernanke and the Fed, could see the complete dissolution of QE, which recently came under fire in a Wall Street Journal editorial. There are plenty who have voiced concern not about whether or not Yellen will continue tapering, but something altogether different, according to Jim O’Sullivan, chief economist at High Frequency Economics: "Ultimately, the question is: Will she know when it's time to start reversing?" Yellen’s goals are pretty clear (as they are the goals of every Fed chair): Get unemployment down below 6.5 percent, keep rates at or close to zero percent. Republicans have attacked the Fed over keeping rates low and issuing credit far too easily to consumers, however; raising interest rates isn’t the most popular decision to make, so, whether Yellen wishes to remain popular or get the job done are two different things.
Link copied
Published
Dec 20, 2013
Coming Up See All
Aug
03
New York Mortgage Expo
Suffern, NY
Aug
10
OriginatorTech
Virtual
•
11:00 AM ET
Aug
12
California Mortgage Expo – San Diego
San Diego, CA
Get the Daily
Advertisement
Advertisement
FHA
FHA Extends Single-Family Eviction Moratorium