Yellen Welcomed to the New Realm of QM, QE and All Things in Between – NMP Skip to main content

Yellen Welcomed to the New Realm of QM, QE and All Things in Between 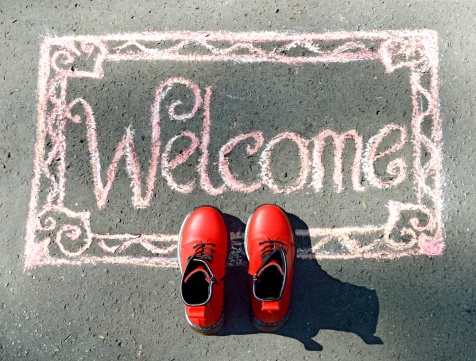 "If you were dreaming up a training school for Fed chairmen, it would be her life story," joked Princeton economist Alan Blinder, Janet Yellen’s former colleague at the Fed in a National Journal feature. "I don't think anybody in the Fed's history has come in with such a full résumé of Federal Reserve experience." Janet Yellen was confirmed as head of the Federal Reserve earlier this week. This is important for a variety of reasons, not the least of which is her being the first female chairperson of the Fed. As Ben Bernanke’s second-in-command, Yellen has been heavily involved the Federal Reserve since 2010, but before that served as head of the San Francisco Fed from 2004-2010. Larry Summers was President Obama’s original choice to head the Fed, however; he backed out under pressure of not being confirmed before the Democratic rule change essentially neutered the Republican vote when it comes to nominees. This was most likely for the better as Summers is widely regarded as being instrumental in the deregulation of Wall Street, which, of course, led to the bailouts. “From her time as president of the Federal Reserve Bank of San Francisco, Dr. Yellen has demonstrated a clear understanding of community banks and their unique, relationship-based business model,” said Bill Loving, president of the Independent Community Bankers Association (ICBA). “As one of the nation’s most accomplished economists, she also appreciates how community banks support economic growth and stability in communities across the nation.” The tapering of quantitative easing (QE) has already begun as has today's qualified mortgage (QM) as mandated by the Consumer Financial Protection Bureau (CFPB), and though Yellen hasn’t publicly stated whether or not she’s pro or anti-QE or QM in the media, the expectation is that she’ll continue down the path established by Bernanke. Republicans and Democrats alike have taken aim at Yellen, using her fiscal policies and the Fed’s role in the economic downturn as talking points over the past few months. Republicans have reportedly begun a year-long targeting of the Fed, putting Yellen and her staff under the microscope. Rep. Jeb Hensarling (R-TX) stated that the study would be the most rigorous in the history of the Fed. “While the stock market has become addicted to easy money, the benefit to Main Street has been questionable at best,” Sen. Charles Grassley (R-IA) said on the floor Monday, according to Politico. “Unemployment remains high. Bank lending remains tight. And savers are discouraged.” Time Magazine indicates that Yellen, ironically this week's edition's cover girl, has the best track record of anyone at the Fed in terms of policy predictions. She also apparently likes to surround herself with the smartest folks in the room, which is essentially a CEO mentality. Whether that’ll work for running the Fed or not is anyone’s guess.
Link copied
Published
Jan 10, 2014
Coming Up See All
Jul
06
Mortgage Star for Women
New Orleans, LA
Jul
07
Ultimate Mortgage Expo
New Orleans, LA
Jul
21
Arizona Mortgage Expo
Chandler, AZ
Get the Daily
Advertisement
Advertisement
Analysis and Data
Construction Spending Dips 0.1% In May, 1st Decline In 8 Months