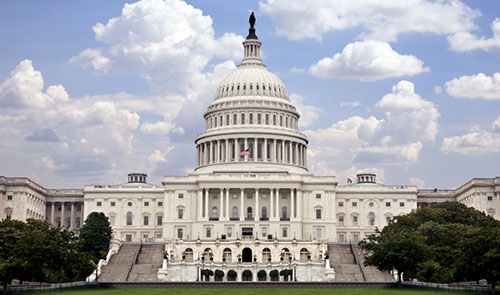 On Thursday, the House Financial Services Oversight and Investigations subcommittee heard testimony from witnesses that the Consumer Financial Protection Bureau (CFPB) has a culture of racial and gender discrimination and retaliation against its employees. Allegations that CFPB managers have engaged in discrimination and created “a hostile work environment” were chronicled in a recent American Banker article titled “CFPB Staff Evaluations Show Sharp Racial Disparities.” The article exposed serious personnel problems at the CFPB, including evidence that “the CFPB’s own managers have shown distinctly different patterns in how they rate employees of different races.” According to agency data reviewed by American Banker, “CFPB managers show a pattern of ranking white employees distinctly better than minorities in performance reviews used to grant raises and issue bonuses.” "The level of hypocrisy at this agency is shocking. If it was a lender and had similar statistics, it would be written up, immediately referred to the Justice Department, sued and publicly shamed," said a current CFPB employee in the American Banker article. The article prompted Financial Services Committee Chairman Jeb Hensarling (R-TX) and subcommittee chairmen Patrick McHenry (R-NC) and Shelley Moore Capito (R-WV) to express their concerns in a letter to CFPB Director Richard Cordray and to ask for records related to the Bureau’s management of employee reviews. “Unfortunately, the whistleblower who has voluntarily come forward today to tell her story of both discrimination and retaliation is a representative of the much broader problem,” said Rep. McHenry, who is Chairman of the Oversight and Investigations subcommittee. Angela Martin, who currently serves as a Senior Enforcement Attorney at the CFPB, testified at the hearing about the discrimination she has faced and the retaliation she continues to face at the CFPB for filing complaints of discrimination and retaliation. Martin also serves as a board member of the CFPB employees’ union. “I am a victim of discrimination by the Bureau dating back to May 2012, and I have suffered severe retaliation since December 2012 which continues through today," said Martin. "Sadly, my story is not unique. My colleagues likewise have suffered and are suffering at the hands of inexperienced, unaccountable managers,” Martin said. “I am glad this hearing is being held because, based on my observations at the Bureau, I have concluded that the Bureau is sorely in need of effective oversight, and that Bureau management needs to be held accountable, particularly with regards to its internal management practices." Misty Raucci, an outside investigator who was hired by the CFPB to investigate Martin’s claims, testified that the investigation “found that the general environment … is one of exclusion, retaliation, discrimination, nepotism, demoralization, devaluation, and other offensive working conditions which constitute a toxic workplace for many of its employees.” During the hearing, Chairman Hensarling asked Martin if CFPB Director Richard Cordray had ever attempted to contact her about her complaint. “Yes, sir,” Martin answered. “On Aug. 7, Director Cordray called me at night and told me that I have to tell my attorneys to back down.” “I’m sorry, Ms. Martin, you are saying that Director Cordray personally reached out to you and asked or told you to have your attorneys back down?” Chairman Hensarling responded. “Yes, sir,” Martin answered. “Aug. 7 at 8:54 in a two-minute conversation, he told me to tell my attorneys to back down” because Cordray said he was trying to secure her a position in a different division of the CFPB. “But what I did not know was on Aug. 7, after I thought it was settled, Director Cordray and somebody else gave that position to somebody else,” Martin said.
Link copied
Published
Apr 03, 2014
Coming Up See All
Dec
08
Local Search 101 for Mortgage Brokerages
Webinar
2:00 PM ET
Dec
13
California Mortgage Holiday Party
Irvine, CA
Jan
12
New England Mortgage Expo
Uncasville, CT
Get the Daily
Advertisement
Advertisement
Reverse
Reverse Mortgage Funding Files Chapter 11 Bankruptcy