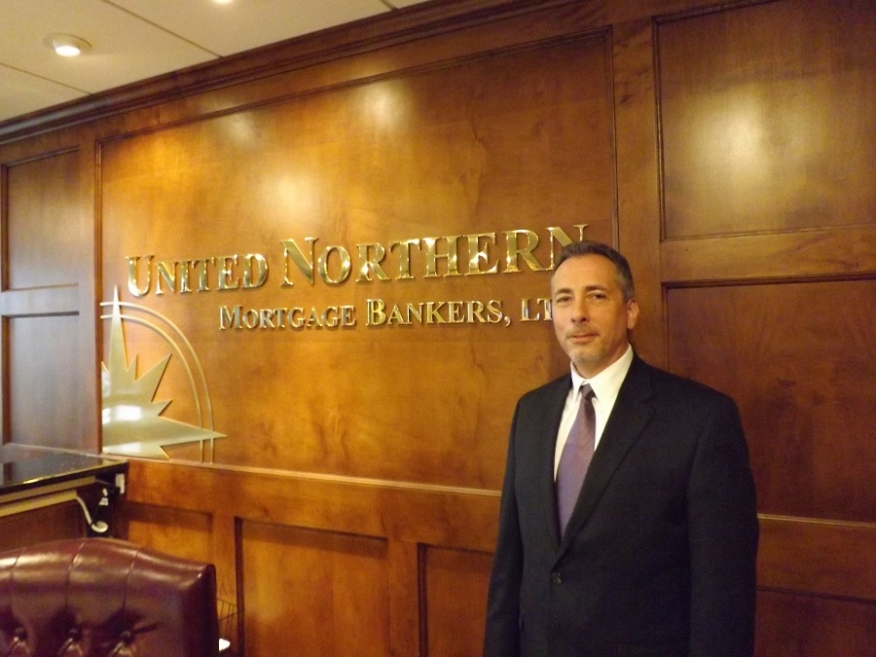 Back in late 1970s, the financial services industry was thoroughly different from the environment we know it as today. How different was it? Well, in those days, contractors were able to handle sales finance papers for their clients. And most contractors saw nothing wrong with charging upwards of 21 percent for a sales finance paper. But one man, a Long Island, N.Y.-based contractor named Anthony Giorgio, was not happy at how his peers were handling sales finance papers. He felt that he could offer borrowers better treatment, both in terms of financing and customer service, and in 1979, he created A to Z Funding Corporation. Three years after the company began operations, Anthony’s son Don joined the firm. The company would later change its name to United Northern Mortgage Bankers Ltd., but its holistic treatment of its customers has remained unchanged. Anthony Giorgio retired in 1995 and Don Giorgio took over as president and chief executive officer of the company.

Today, under Don Giorgio’s leadership, United Northern Mortgage Bankers has become one of the most respected and innovative firms in the mortgage banking industry, offering significant leadership in the reverse and wholesale sectors. As the Levittown, N.Y.-based company celebrates its 35th anniversary, Giorgio spoke with National Mortgage Professional Magazine about the dramatic changes that have shaped both the mortgage industry and his career.

How did you first get involved in the mortgage business?
Don Giorgio: I went to Hofstra University and graduated with a business degree in 1982. I was the first person in my family to graduate from college. At that time, my father was the owner of a sales finance company and wanted to evolve it into mortgage lending. So I, along with another person, started the mortgage lending division which was, at that point of time, was doing second mortgages.

Was this a career that you wanted to get into? Were you thinking about real estate finance as a professional pursuit?
Giorgio: You know, when you’re twentysomething-years-old, you never really know what you want to do—you have to figure something out. The opportunity was there. I funded my way through college by working in retail—at The Gap and at Macy’s—and I knew that was what I didn’t want to do. This was something that I looked at and said, “Okay, that will work.” And we’re an Italian family, so we’re close. As a bit of a background check … at that time, my father  having a mortgage banking license as an Italian individual was an accomplishment. There was a kind of impression back then that if you were Italian and you were in banking, you were from the wrong side of the tracks.

How did the company overcome the initial obstacles of not only in being a start-up, but doing business in the late 1970s and early 1980s … a pretty rough time in terms of the U.S. economy?
Giorgio: It’s funny you should say that. Back then, when people were seeking a second mortgage, they were deemed to be “in trouble.” Over time, people became increasingly comfortable with a second mortgage as a means to an end because the sales finance people went by the wayside. Through those hard times, when people got a little bit overextended on their credit cards, those second mortgages helped them. It quickly became a financial tool to help fix whatever financial issues occurred and put them back on the right track.

Where did the United Northern name come from?
Giorgio: My father was friends with someone who owned a bank all the way up in Watertown, N.Y., near the Canadian border. They were supposed to work out a deal together to do banking and mortgage financing, but that never happened. Under the best of intentions, we got stuck with the name that we were supposed to be working under. However, you have to admit that A to Z Funding is a horrible name, to a degree!

How did the company get into the reverse mortgage space?
Giorgio: We started to do reverse loans because I saw need for it in the marketplace. This was about nine years ago. But it became more of a sensitive issue because my father, who was aging, had a quadruple bypass and then had some other health issues. And very quickly, he felt the signs of Alzheimer’s. As we were reaching out to what was available, we found it was a really hard path. In dealing with insurance companies over something like a wheelchair for someone who could not walk anymore—because he had forgotten how to walk—I realized that seniors need someone to help them. The least I could do, through mortgage financing, was to offer reverse mortgages to help fulfill that need and literally change lives. In doing reverse mortgages, we are trying not looking at it as just a mortgage. Where we can assist them in a way that is legitimate and compliant, we have to help. We cannot just turn our backs on them. These people need a lot of assistance—sometimes we have to direct them to a social worker or an attorney. We found out very quickly that there is a huge gaping hole in the market. As seniors age, there is no one there for them. Our mission is encompassing that we want to change somebody’s life—not just because they need a mortgage, but because we help them improve their lives.

This is very inspiring. But being in media business, I am aware that many of my colleagues at newspapers and magazines view reverse mortgages in a very negative way. Why do you think the product has such a poor reputation in so many corners?
Giorgio: I think if you look at the media, they are generally negative. If they were writing and reporting on happy stuff, nobody would read it. When you look at the scope of the industry and the amount of transactions that occur, the issues that are there are somewhat minimal in nature. And it is okay to have watchdogs—it helps people stay focused on what they need to accomplish and helps evolve the industry into a more efficient product for the people. But there are going to be people who just don’t like it, for whatever the reasons are. I have no idea why. The reverse mortgage product changes people lives—we’ve taken people and have saved them from foreclosure. Where people still have the ability to stay in their house and handle it, they need help to keep them there. Just because finances have turned on them is not their fault, so why should we turn our backs on them?

How do you view the current state of the reverse mortgage sector?
Giorgio: It is almost like an industry that has been around for a long time, but is still in its infancy. We only have a two to three percent penetration of the existing reverse mortgage marketplace—and we have a long way to go. Right now, we are dealing with people who are in a crisis situation. But the reverse product is a great financial tool, and as time goes on, it will be used more and more as a financial tool that can help people and broaden their options—whether it be for long-term help or to help them keep and maintain their current lifestyle.

Where do you see the greatest growth opportunities in mortgage banking?
Giorgio: The opportunities for mortgage bankers are there, but the obstacles are many. From regulatory considerations, there have been a lot of changes that have been made that are important and worthwhile. As mortgage bankers get back on their feet again, the public still wants the service that we, as mortgage bankers, can provide. The growth opportunity for mortgage bankers will be exponential in the coming years as we give the public what they are looking for. Going back to the regulatory climate … how does your company deal with and remain in compliance with today’s mandates and regulations? Giorgio: We have a very large legal bill. We’re constantly going back and forth with our compliance attorneys to make sure that we are on point with whatever is being demanded of us. But those are the cards that have been dealt and we must respect them. People feel it is necessary. I am not here to change that … I am here to deliver.

Looking back, what have been your greatest triumphs over your career that your company has been in business?
Giorgio: You just said it … the years the company has been in business. That’s our triumph. I have been around a long time. I’ve watched people come and go. I don’t need to be the biggest bank out there, but I certainly know that I can be the best. I know that the average lifespan of a mortgage banker is nine years. We are here and we have endured, and that in and of itself is a triumph.

Phil Hall is senior editor of National Mortgage Professional Magazine. He may be reached by e-mail at [email protected].