Summers Admits to Mistakes in Handling of Housing Crisis 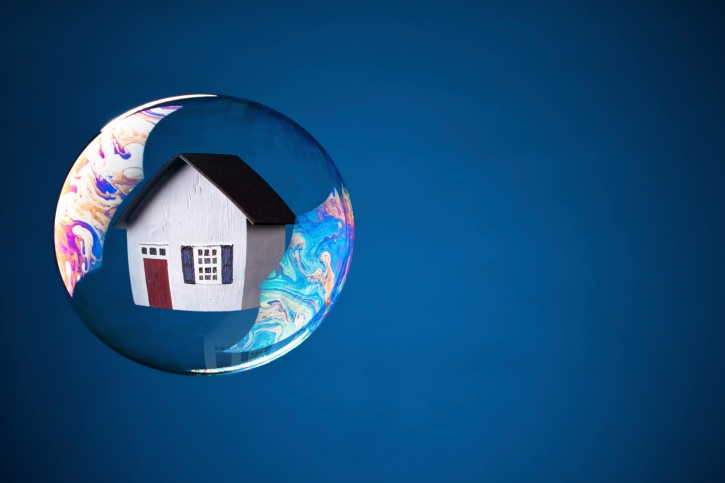 Lawrence Summers has publicly defended his actions as President Obama’s Director of the National Economic Council in stemming the economic tumult following the 2008 crash, but acknowledged that some decisions ultimately proved to be mistakes. In an essay published online by the Financial Times, "Lawrence Summers on ‘House of Debt,'" Summers responded to observations and criticisms in the new book House of Debt by Atif Mian and Amir Sufi to address how the Obama Administration responded to the nation's housing crisis after taking office in January 2009. Summers, who had also served as Treasury Secretary in the Clinton Administration, called Mian and Sufi to task in explaining why the Administration did not push for “mortgage relief through either coercion or financial inducement” and cited five policy decisions to justify the administration’s response. “First, there was the risk of bringing down the system in an effort to save it,” Summers wrote in his essay. “Banks had substantial mortgage holdings and especially large quantities of subordinated second mortgages and home equity lines of credit, which would have been wiped out if mortgage principal had been reduced in a way that respected the seniority of first mortgages. We recognized that large-scale principal reduction would draw in a large number of mortgages that were not delinquent and would otherwise be paid in full. As a consequence, there was the risk of sucking hundreds of billions of dollars out of the banking system.” Summers added there was “the issue of chilling future lending” that would be created if the government mandated debt reduction solutions, which he claimed would inhibit the flow of future credit. He also feared that a too-aggressive approach would prolong the housing crisis and create a financial domino effect to other lending activities. “It did not seem unreasonable to worry at the time that if government forced the write-off of a trillion dollars of mortgage debt, flows of not only mortgage debt but also car loans and credit card debt to consumers would be inhibited as well,” Summers wrote. “This was not a small concern, as the automobile industry was in freefall and consumer confidence was deteriorating very rapidly.” Summers also cited regulatory issues as hampering the administration’s efforts. He acknowledged that while the White House considered a modern day version of the Home Owners’ Loan Corporation model used during the Great Depression, he noted that idea was scrapped because, in his words, “In many cases, mortgage assets were carried on banks’ books at valuations far above what appeared to be current market value. Buying them at such valuations would have been a massive backdoor subsidy to banks of the kind we would not accept.” Summers also stated that time was not the Administration’s ally in solving the crisis. “Anyone who has worked in government knows that it is much easier to design policy than to implement it,” he wrote. However, Summers admitted that he was uncomfortable with several of the decisions that were made during this period. “Looking back, there are things I wish had been done differently, such as putting in place more satisfactory leadership at the Federal Housing Finance Agency [FHFA] and more effectively mobilizing Fannie Mae and Freddie Mac to help bolster the housing market,” Summers continued. "The various liberalizations of the Home Affordable Modification Program (HAMP) and the Home Affordable Refinance Program (HARP) that were put into place over time should, with the benefit of hindsight, have been introduced at the beginning. We may well have misjudged some risks or missed important opportunities to carry out effective policy. Certainly, I have stayed up at night while in government and afterwards worrying over these possibilities.” Last year, Summers was viewed as a potential successor to Ben Bernanke as the chairman of the Federal Reserve, but he withdrew from consideration following criticism from several Senate Democrats. He is currently the Charles W. Eliot University Professor at Harvard University, President Emeritus of Harvard University.
Link copied
Coming Up See All
Jul
06
Ultimate Mortgage Expo
New Orleans, LA
Jul
13
Carolinas Connect Mortgage Expo
Charlotte, NC
Jul
22
Arizona Mortgage Expo
Chandler, AZ
Get the Daily
Advertisement
Advertisement
Industry News
Supreme Court Gives Biden Full Control Over Federal Housing Finance Agency