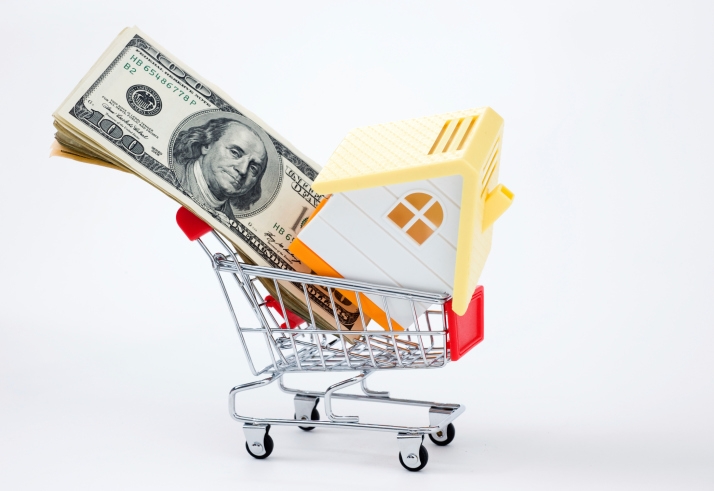 A pair of new reports issued today—Freddie Mac’s Primary Mortgage Market Survey (PMMS) and Zillow’s first quarter overview on all-cash purchases—offered a view that might suggest housing is showing evidence of stabilizing, even if the economy is still wobbling about. According to Freddie Mac, the 30-year fixed-rate mortgage (FRM) averaged 4.17 percent with an average 0.6 point for the week ending June 19, down from last week when it averaged 4.20 percent. A year ago at this time, the 30-year FRM averaged 3.93 percent. The 15-year FRM this week averaged 3.30 percent, with an average 0.5 point, down from last week when it averaged 3.31 percent. A year ago at this time, the 15-year FRM averaged 3.04 percent. Furthermore, the five-year Treasury-indexed hybrid adjustable-rate mortgage (ARM) averaged three percent this week with an average 0.4 point, down from last week when it averaged 3.05 percent. A year ago, the five-year ARM averaged 2.79 percent. The one-year Treasury-indexed ARM averaged 2.41 percent this week with an average 0.4 point, up from last week when it averaged 2.40 percent. At this time last year, the one-year ARM averaged 2.57 percent. Frank Nothaft, vice president and chief economist at Freddie Mac, noted that the downtick in mortgage rates echoed declines in other housing data. "Housing starts in May were 6.5 percent below the revised April rate,” Nothaft said. “Following a similar pattern, building permits fell 6.4 percent in May after a 5.9 percent increase a month earlier.” Grant Stern, president of Morningside Mortgage Corporation in Bay Harbor Islands, Fla., believed that the Freddie Mac findings could signal evidence of the long-overdue stabilizing of the housing market. “We’re returning to a regular market with regular ups and downs,” Stern said. Les R. Kramsky of the Marlboro, N.J.-headquartered Law Offices of Les R. Kramsky LLC, shared Stern’s diagnosis. “I believe that the pattern of both housing starts and housing permits being down in May are a very temporary trend,” he said. “With the historically low mortgage interest rates, I believe that the housing market will keep improving.” However, Mike Hardwick, President and CEO of Brentwood, Tenn.-based Churchill Mortgage, believed that the data reaffirmed continued uncertainty in the state of housing. “Housing is stagnating, in our opinion,” Hardwick said. “Housing sales are presently on an annual trend towards 500,000-600,000 sales/year for 2014. Normally, it should be more in the one million range. First-time homebuyers usually represent approximately 40 to 45 percent of home sales and this year is it more in the 20 to 25 percent range. Until meaningful job creation is back, this trend will probably continue.” Dr. Anthony B. Sanders, Distinguished Professor of Real Estate Finance at George Mason University in Fairfax, Va., also expressed concern over the Freddie Mac data. “When rates decline along with housing indicators, that is a bad sign,” Dr. Sanders said. “Essentially, the housing market is frozen, except for investors.” But perhaps the investors are losing interest?  In new data released by Zillow, the share of cash buyers fell year-over-year in 102 of the nation’s top 126 metro areas. Among the top 30 largest metros, the share of cash buyers was highest in the first quarter in Miami (64.9 percent), Tampa (57.1 percent) and Cleveland (54.2 percent), while the lowest share of all-cash sales in the first quarter were Virginia Beach (17.4 percent), Denver (22.4 percent) and Portland (22.9 percent). Zillow also determined that in 27 of the top 30 metros, more than one-third of all sales of the lowest-priced homes were made with cash. In three of the top 30 metros—Tampa, Detroit and Miami—more than 80 percent of all sales in the lowest price bracket were cash deals. “Declining all-cash is still high, even though it has declined,” observed Dr. Sanders. “The trend is good, but without real growth in income and wages, it is just noise.” Yet Stern was somewhat more optimistic about Zillow’s findings. “We might finally be able to see the investors cash out of real estate and let the homeowners back in,” Stern said. Joe Dahleen, senior vice president at Seattle-based Primary Capital Mortgage, agreed that investors are beginning a retreat. “This is a dynamic that changed because the larger hedge funds stopped buying up properties as investments,” Dahleen said. Dahleen noted that not every all-cash purchase is the result of an investor. “There are a number of reasons why we have all-cash,” he continued. “In my Seattle market, homes are on the market for as little as six to eight days before an offer is taken. There is a lack of inventory and the buyer often wants to shine for the seller by making a cash offer. And when someone makes a cash offer, that does not mean that some financing is not going to happen later.” For his part, Kramsky was uncertain whether the Zillow data signals any withdrawal of investors. “In my real estate law practice, I still see plenty of cash buyers,” said Kramsky. “However, it is a little less than a year ago in my experience in the New Jersey, New York and Pennsylvania markets. In my opinion, a decrease in home purchases made with all-cash will not affect the rate fluctuation or the overall housing market. I believe that this is also a temporary trend, since I have again witnessed investors—more than ever—purchasing homes all-cash. These all-cash buyers are more attractive purchasers to sellers than traditional buyers, but I believe the trend in the housing market is improving for all types of buyers.”
Link copied
Published
Jun 19, 2014
Coming Up See All
May
26
Non-QM is about Solutions and Confidence
Webinar
1:00 PM ET
Jun
01
DealDesk Focus on Acra Lending Rehab Loans
Webinar
1:00 PM ET
Jun
08
Motor City Mortgage Expo
Detroit, MI
Get the Daily
Advertisement
Advertisement
Industry News
Lakeview Loan Servicing Faces Multiple Lawsuits Over Data Breach