Bankrate Study: One in Four Americans Have No Emergency Savings – NMP Skip to main content

Bankrate Study: One in Four Americans Have No Emergency Savings 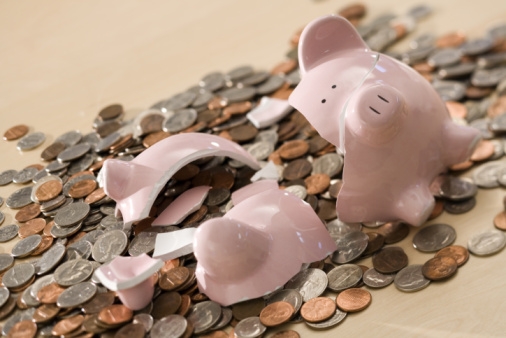 Twenty-six percent of Americans—just over one in four have no emergency savings, according to a new Bankrate.com report. Sixty-seven percent have saved less than the recommended six months' worth of expenses—and half have saved less than three months' expenses. The percentage of Americans with at least three months' expenses in savings declined from 45 percent last year to just 40 percent this year. "Americans continue to show a stunning lack of progress in accumulating sufficient emergency savings," said Greg McBride, CFA, Bankrate.com's chief financial analyst. "Even among the highest-income households—those with annual income of $75,000 or above -- fewer than half (46 percent) currently have a six-month savings cushion." People between ages 30 and 49 are more likely than any other age group to have no emergency savings. However, 18-30 year-olds are the most likely to have up to five months' expenses saved up. Why the contrast? McBride explains, "Many of those under age 30 have the benefit of lower expenses due to roommates, living with their parents or being students. Ages 30 through 49 are high-spending years when expenses often rise faster than emergency savings can keep up." Bankrate.com also announced that its Financial Security Index rebounded to 101.5, which indicates improvement over one year ago. Job security bounced back from a negative reading last month. Currently, 24 percent of Americans feel more secure in their jobs than they did 12 months ago versus 17 percent who feel less secure. May's bout of employment insecurity now stands out as an anomaly amid upbeat attitudes on job security in six of the past seven months. Americans' comfort level with debt also recovered after two months of discomfort. Twenty-three percent are more comfortable than they were in June 2013 and 20 percent are less comfortable. Among the Financial Security Index's other three components, net worth and overall financial situation are areas of strength, particularly as the stock market continues setting new record highs. Savings remains a weak spot and has been in negative territory every month since polling began in December 2010.
Link copied
Published
Jun 25, 2014
Coming Up See All
Dec
07
OriginatorTech
Virtual
•
11:00 AM ET
Dec
09
California Mortgage Expo – Irvine
Irvine, CA
Jan
13
Non-QM Summit
Uncasville, CT
Get the Daily
Advertisement
Advertisement
Analysis and Data
Property Insurance Costs Poised to Rise from Climate Events — And Not Only On The Coasts