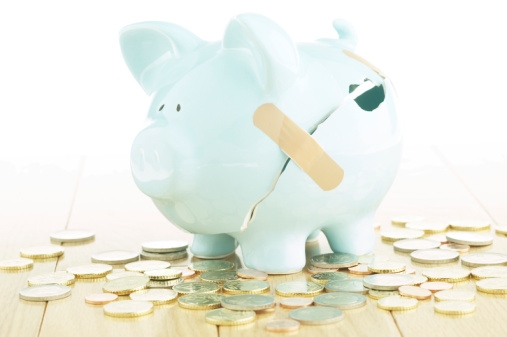 New research released from Oxford Economics has found that increasing the U.S. household saving rate would lead to higher economic growth in the long run, decrease dependence on foreign capital, and improve households’ preparedness for retirement—and that failure to address the growing saving gap poses significant long-term risks to the U.S. economy. The report, titled "Another Penny Saved: The Economic Benefits of Higher U.S. Household Saving," paints a startling picture of the impact of continued low household saving rates on the nation. If these are left unaddressed over the coming decades, millions of Americans—especially those earning low- to moderate-incomes—will face tremendous difficulties funding retirement and other life events. "Another Penny Saved" was sponsored by a diverse group of retirement associations, financial-service firms, civic groups, and business leaders representing more than 80 million Americans. They are AARP, the American Society of Pension Professionals & Actuaries, the Aspen Institute, Bank of America Merrill Lynch, the Financial Services Roundtable, John Hancock Financial, LPL Financial, Natixis Global Asset Management, the New England Council, Putnam Investments, and the US Chamber of Commerce. Oxford Economics used its macroeconomic model to analyze and project the level of national and household savings over the next 25 years, and to estimate what would be needed to drive healthy and sustainable economic growth. Left on the current path, the saving rate will fall to an extremely low three percent in the next two decades, according to the analysis, whereas five percent to nine percent is needed for healthy growth. Increasing the saving rate to the middle of that range would enable higher investment without an unsustainable rise in net foreign borrowing. Oxford Economics finds that higher household savings would lead to a GDP per capita by 2040 that is $3,500 higher (in today’s prices) than it would otherwise be. Driving this gain would be a higher investment rate without an unsustainable rise in net foreign borrowing. This would speed the the pace of investment and growth significantly: the economy as a whole would gain a discounted $7 trillion cumulatively over the next 25 years, equivalent to roughly half of U.S. GDP today. “This report should be a wake-up call to policymakers,” said Adrian Cooper, CEO of Oxford Economics. “There is a clear link between U.S. household saving and economic prosperity. The national saving rate has been steadily declining for decades, and if the trend is not reversed, it will have far-reaching consequences for future prosperity.” The single most important way to reverse the downward saving trend, the report concludes, is to facilitate workplace payroll saving plans. The report identifies key actions employers and policy-makers should take to encourage greater saving, including: ►Requiring workers to opt out rather than sign up for workplace payroll saving plans. ►Encouraging employers to provide a plan for their employees through tax law and regulation, as much of the workforce is still not covered by workplace plans. ►Preserving and improving existing saving vehicles, and extending them to maximize saving, both in aggregate and among the groups currently least able to save. Matching contributions and other tools to support saving by low-income Americans, such as refundable tax credits, would help. The research findings and recommendations on steps policy-makers and business leaders can take to improve the household saving rate in the U.S. are being discussed at the U.S. Saving Forum, held today in Washington, D.C.
Link copied
Published
Jun 25, 2014
Coming Up See All
Dec
08
Local Search 101 for Mortgage Brokerages
Webinar
2:00 PM ET
Dec
13
California Mortgage Holiday Party
Irvine, CA
Jan
12
New England Mortgage Expo
Uncasville, CT
Get the Daily
Advertisement
Advertisement
Reverse
Reverse Mortgage Funding 'Pauses' Originations