Can Millennials and Jumbos Drive the Mortgage Market? – NMP Skip to main content

Can Millennials and Jumbos Drive the Mortgage Market? 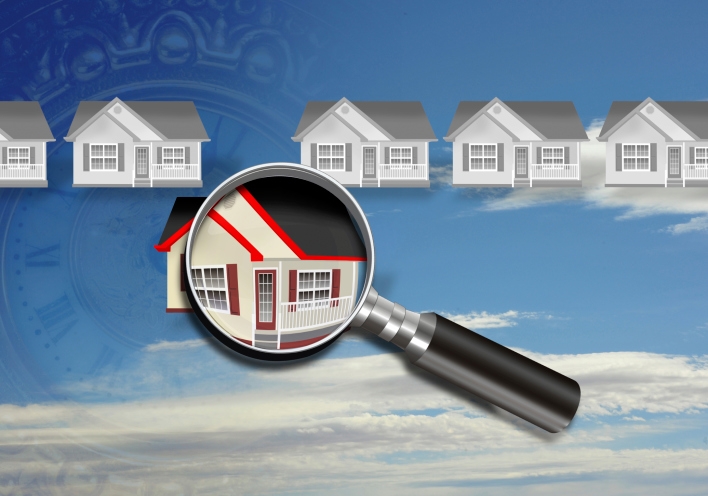 Three new reports issued today offer a mix of different emotions on the state of housing and the mortgage market, with an affirmation of current problems and a forecast for a much brighter tomorrow. However, some industry experts point to a XL-sized non-agency product as being the latest tool to help drive activity. Freddie Mac’s latest Primary Mortgage Market Survey (PMMS) determined that average fixed mortgage rates ticked down after the release of the first quarter real GDP final estimate. On a historic basis, fixed-mortgage rates were lower this week than at the same time last year following the Federal Reserve’s statement that it would begin tapering its bond purchases. Freddie Mac found that the 30-year fixed-rate mortgage (FRM) averaged 4.14 percent with an average 0.5 point for the week ending June 26, down from last week when it averaged 4.17 percent. A year ago at this time, the 30-year FRM averaged 4.46 percent. The 15-year FRM this week averaged 3.22 percent with an average 0.5 point, down from last week when it averaged 3.30 percent. A year ago at this time, the 15-year FRM averaged 3.50 percent.   Meanwhile, the five-year Treasury-indexed hybrid adjustable-rate mortgage (ARM) averaged 2.98 percent this week with an average 0.3 point, down from last week when it averaged 3.00 percent. A year ago, the five-year ARM averaged 3.08 percent. The one-year Treasury-indexed ARM averaged 2.40 percent this week with an average 0.4 point, down from last week when it averaged 2.41 percent. At this time last year, the one-year ARM averaged 2.66 percent. "Mortgage rates were down following the release of first quarter real GDP final estimate, which fell at a 2.9 percent annualized rate, a steeper than expected decline and the worst reading since the first quarter of 2009,” said Frank Nothaft, vice president and chief economist for Freddie Mac. “Also, the seasonally-adjusted S&P/Case-Shiller 20-city home price index was up only 0.2 percent in April from the previous month. On a year-over-year basis, prices remained strong in April up 10.8 percent, but slower than the 12.3 percent in March." This new data follows yesterday’s release of Freddie Mac’s Multi-Indicator Market Index, which found most housing markets remained weak. “We're seeing very slow improvement on the housing front with most markets still trying to move beyond stall speed,” said Nothaft. Separately, the first quarter 2014 Trend Report for Independent Mortgage Bankers released by Richey May & Company found that loan production among independent mortgage bankers continued to decline in the first quarter of 2014, dropping 18 percent since the fourth quarter of 2013. Purchase volume decreased for the third consecutive quarter, dropping 13.7 percent. Yet the Richey May report found that margins increased by 28 basis points, which was attributed to an 11-basis point decrease in origination fees and a 39-basis point increase in secondary gains. “Independent mortgage bankers are taking less in origination fees, but are making more from gains on sale into the secondary market,” said Kenneth Richey, managing partner of Richey May. “This suggests that lenders are responding to the QM fee cap. Rather than earning on the front end, they’re increasing margins on the secondary sale.” While the Richey May data suggested there was positive news to be found in today’s market, The State of the Nation’s Housing report, released by the Joint Center for Housing Studies of Harvard University forecast that the near-term future of housing should be vibrant and voluminous, with a particular demographic helping to fuel stability. “Ultimately, the large Millennial generation will make their presence felt in the owner-occupied market—just as they already have in the rental market, where demand is strong, rents are rising, construction is robust, and property values increased by double digits for the fourth consecutive year in 2013,” said Daniel McCue, research manager of the Joint Center. McCue noted that the number of households in their 30s should increase by 2.7 million over the coming decade, which he believed will help drive a greater demand for housing. Logan Mohtashami, Irvine, Calif.-based senior loan manager at AMC Lending Group and a financial blogger at LoganMohtashami.com, commented that Harvard’s study prediction is possible, though it may require a bit of a wait. “In this cycle, the problems are income DTI and LTI levels that are high for the young when you take into consideration the total PITI payments,” Mohtashami explained. “Getting 3.5 percent down with closing cost is an issue which also impacts DTI levels. The young aren't buying because they don't make enough money and they don't have enough liquid assets. Once they do, you will see it in the numbers.” Until such time the Millennials are ready to dominate the market, it appears that an under-the-radar force is quietly becoming the new powerhouse in the mortgage world. “The jumbo market has been an underserved market for many years because the focus was on modifications, foreclosures and refinancing,” said Ruth Lee, executive vice president of sales, marketing and business development at Denver-based Titan Lenders Corporation. “And with jumbos, I’m not talking about $2.5 million loans. In the $500,000 to $800,000 range, the product is really starting to get a lot of traction.” Michael Kime, chief operating office at Centennial, Colo.-based W.J. Bradley, agreed. “Jumbos have picked up,” he said. “Everyone was pretty full with agency product, but enough time has gone by. The money center banks and money aggregators are now pretty sharp in that market.”
Link copied
Published
Jun 26, 2014
Coming Up See All
Dec
07
OriginatorTech
Virtual
•
11:00 AM ET
Dec
09
California Mortgage Expo – Irvine
Irvine, CA
Jan
13
Non-QM Summit
Uncasville, CT
Get the Daily
Advertisement
Advertisement
Analysis and Data
Property Insurance Costs Poised to Rise from Climate Events — And Not Only On The Coasts