NCUA: All the Jobs Have Returned – NMP Skip to main content

NCUA: All the Jobs Have Returned 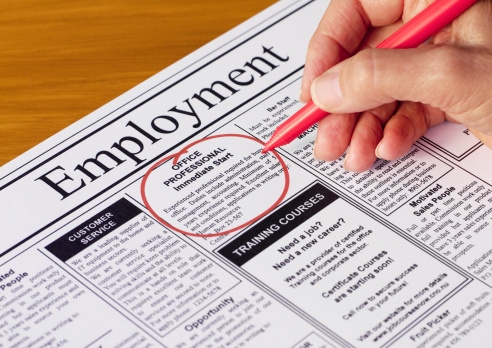 It took more than six years, but America’s economy has regained all the jobs lost during the Great Recession and its aftermath, according to an analysis by the National Credit Union Administration, which is featured in the agency’s latest online economic update. NCUA’s new video, part of its economic update series, is an ideal information resource for credit union board members, loan officers and management. The video is available on NCUA’s official YouTube channel. NCUA Chief Economist John Worth explains in the new video how economic trends will affect credit unions. He also cautions that interest rate risk poses a threat to the system’s overall health. “Motor vehicle sales have jumped,” Worth said, “and consumer income for the first four months of the year is up. Consumer balance sheets continued to improve in the first quarter.” Still, Worth notes, interest rate risk “should also be a concern for all credit unions that might, through potential Share Insurance Fund premiums, have to pay for the difficulties brought on by the decisions of a minority of institutions.” “In March 2005, there were 277 credit unions at which net long-term assets exceeded their combined net worth and core deposits,” Worth said. “These 277 credit unions represented nine percent of industry assets. In March 2014, that had risen to 350 credit unions, representing 27 percent of assets.” Overall, recent economic news has been good. The labor market has gained just over 210,000 jobs per month in 2014 to date—an improvement from the 194,000 monthly average gains during 2013—while the nation’s unemployment rate has continued to trend down this year. Auto sales, an important channel for credit union lending, have spiked. In May, auto sales reached 16.8 million at an annual rate up more than eight percent from a year earlier.
Link copied
Published
Jun 30, 2014
Coming Up See All
Jan
26
Mortgage Leadership Outlook: Karl Jacob
Facebook Live
•
1:00 PM PT
Jan
27
Making Money in Non-QM
Webinar
1:00 PM ET
Feb
08
Texas Mortgage Roundup — Austin
Austin, TX
Get the Daily
Advertisement
Advertisement
Analysis and Data
CREFC Board Shows Significant Shift In Outlook For 2022