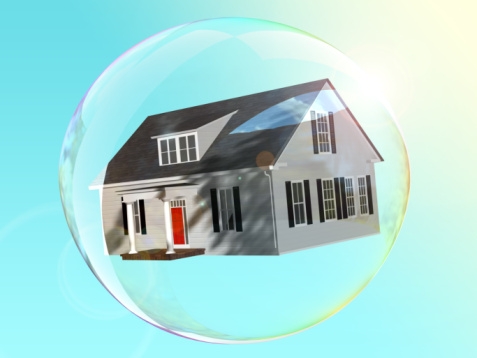 Mortgage bankers fear another real estate bubble, according to the latest quarterly survey of North American bank risk managers conducted for FICO, a leading predictive analytics and decision management software company. In the survey, 56 percent of respondents directly involved in mortgage lending expressed concern that "an unsustainable real estate bubble is inflating." "The home loan environment has bifurcated," said Dr. Andrew Jennings, chief analytics officer at FICO and head of FICO Labs. "Six million homeowners in the U.S. are still underwater on their mortgages, with the average negative equity a whopping 33 percent. Yet with home prices soaring in many cities, total homeowner equity in the U.S. is at its highest level since late 2007. That doesn't feel like a healthy, sustainable growth situation. No wonder many lenders in both Canada and the U.S. are concerned about the risk in residential mortgages." Lenders Focused on Consumer Debt The survey, conducted for FICO by the Professional Risk Managers' International Association (PRMIA), also looked at common concerns that arise during the underwriting process across all types of consumer loans. Most bankers surveyed (59 percent) cited "high debt-to-income ratio" as their top concern when approving loans. The second and third most common concerns were "multiple recent applications for credit" (13 percent) and "low FICO Score" (10 percent). "As consumer confidence picks up and people increase their borrowing, lenders are understandably concerned about growing indebtedness," said Mike Gordon, FICO's executive vice president of Sales, Services and Marketing. "For the last two quarters, around 65 percent of our respondents said they think credit card balances are headed higher. Those are the two highest figures we've ever seen in this survey. When I talk with bankers, they tell me they're happy to see growing consumer optimism, but they're wary of a return to reckless borrowing." Brighter Outlook for Small Business Lending Survey respondents throughout the U.S. and Canada were more optimistic this quarter than last when asked about small business lending. Twenty-six percent of those polled in the most recent survey said they expected delinquencies to increase on small business loans in the next six months. In the previous survey, 34 percent expected delinquencies to rise. In addition, only 28 percent of respondents in the latest survey were concerned that the supply of credit for small businesses would fail to meet demand over the next six months. Last quarter, 40 percent of respondents believed supply would fall short of demand.
Link copied
Published
Jul 09, 2014
Coming Up See All
Jan
26
Mortgage Leadership Outlook: Karl Jacob
Facebook Live
•
1:00 PM PT
Jan
27
Making Money in Non-QM
Webinar
1:00 PM ET
Feb
08
Texas Mortgage Roundup — Austin
Austin, TX
Get the Daily
Advertisement
Advertisement
Industry News
Ginnie Mae Exits The Stone Age And Embraces Blockchain