Keep Calm and Have Faith in Housing 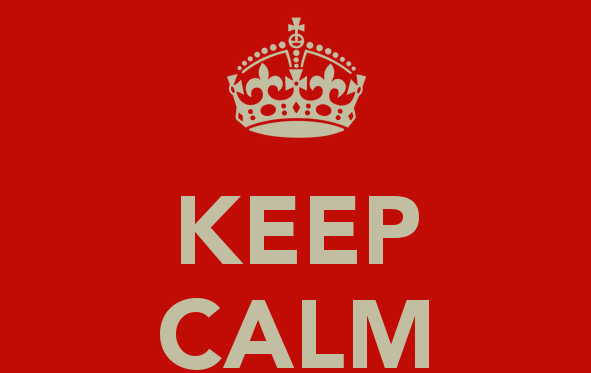 Today’s latest housing-relating data is, admittedly, somewhat limited in terms of positive numbers. Nonetheless, industry experts do not view this as reason for panic. According to Freddie Mac’s latest Primary Mortgage Market Survey (PMMS), the 30-year fixed-rate mortgage (FRM) averaged 4.13 percent with an average 0.6 point for the week ending July 17, down from last week when it averaged 4.15 percent. A year ago at this time, the 30-year FRM averaged 4.37 percent. The 15-year FRM this week averaged 3.23 percent with an average 0.5 point, down from last week when it averaged 3.24 percent. A year ago at this time, the 15-year FRM averaged 3.41 percent. Separately, Freddie Mac stated that the five-year Treasury-indexed hybrid adjustable-rate mortgage (ARM) averaged 2.97 percent this week with an average 0.4 point, down from last week when it averaged 2.99 percent. A year ago, the five-year ARM averaged 3.17 percent. And the one-year Treasury-indexed ARM averaged 2.39 percent this week with an average 0.4 point, down from last week when it averaged 2.40 percent. At this time last year, the one-year ARM averaged 2.66 percent. The stagnation in FRMs appeared to be mirrored by data in the July edition of CoreLogic’s MarketPulse Report, which tracked a slowdown moving from the lower-end price segments into the upper-middle price segments. “The very low-end price segment was weak throughout 2013, and that weakness started to expand upward in the second half of 2013,” wrote Sam Khater, deputy chief economist at CoreLogic, in the new MarketPulse Report. “For example, home sales in the $350,000 to $550,000 price range were up 44 percent on a year-over-year basis as of July 2013, but just four months later, they were only up by nine percent in November. Weak sales at the very low end was not a surprise, given the stagnant economy combined with declines in the number of distressed sales and very high home price appreciation for low-priced properties. However, the migration of the slowdown in sales beyond the lower-middle of the price distribution is a concerning development given that higher-priced home sales had been one of the few bright spots in the real estate sales market over the last few years. If the slowdown continues heading into the fall, it indicates that the higher-priced market is entering a new phase where the generally low-rate environment and rapid increases in the stock market are still not enough to power home sales increases.” Also being released today was new data from the U.S. Census Bureau, which reported that privately-owned housing starts in June were at a seasonally adjusted annual rate of 893,000. This is 9.3 percent below the revised May estimate of 985,000, but is 7.5 percent above the June 2013 rate of 831,000. Single-family housing starts in June were at a rate of 575,000, 9.0 percent below the revised May figure of 632,000. June was the second month in a row that housing starts were in decline. But is there reason to be optimistic despite these somewhat gloomy numbers? According to Logan Mohtashami, an Irvine, Calif.-based senior loan manager at AMC Lending Group and a financial blogger at LoganMohtashami.com, the latest housing starts need to be placed in the proper context. “I still think the sector has legs, especially in rental construction,” Mohtashami says. “The problem that some people are having is that there is no strong expansion. But we don’t have a housing shortage – when traditional inventory comes back to the market, it will be so much cheaper than new houses.” Mohtashami adds that rental housing construction is “where the aggressive pick-up has been for builders.” His sentiment is echoed by A.W. Pickel III, president and CEO of Overland, Kan.-based LeaderOne Financial and past president of NAMB—The Association of Mortgage Professionals, who believes a growing wave of young renters is diluting the pool of new homeowners. “Where we see the biggest precipice, in my opinion, are with the first-time homebuyers,” says Pickel. “Although it is widely said that the student loan problem is keeping the Millennials from buying, I don’t think they are really in a hurry to do so. But if we can’t get first-time homebuyers to buy, they we won’t be able to get anyone to move up.” But Erick Strobel, owner and operator of Johnstown, Colo.-based Strobel Financial LLC, stresses that although national data may seem grim, there are still vibrant regional markets that are showing little evidence of tumult. “Here in Colorado, things are strong and we’re seeing more construction and building,” Strobel says. “I’m not seeing any slowdown here. I am seeing mortgage applications increasing. While at the national level there seems to be a case of slowdown, I am seeing a new rush of applications in our offices.” And at least one industry observer could find some sporting humor in the data. “Housing starts remain below any year prior to the housing bubble burst in 2008, and housing starts in the South declined 29.64 percent,” says Dr. Anthony B. Sanders, Distinguished Professor of Real Estate Finance at George Mason University in Fairfax, Va., and author of the Confounded Interest blog. “But housing starts in the Midwest rose 28.07 percent, undoubtedly a harbinger of the Cleveland Cavaliers signing of Lebron James. It would also explain why housing starts collapsed in the South.” Phil Hall is managing editor of National Mortgage Professional Magazine. He may be reached by e-mail at [email protected]
Link copied
Published
Jul 17, 2014
Coming Up See All
Jan
26
Mortgage Leadership Outlook: Karl Jacob
Facebook Live
•
1:00 PM PT
Jan
27
Making Money in Non-QM
Webinar
1:00 PM ET
Feb
08
Texas Mortgage Roundup — Austin
Austin, TX
Get the Daily
Advertisement
Advertisement
Community
LendingTree Inc. Ushers In New Generation Of Leaders