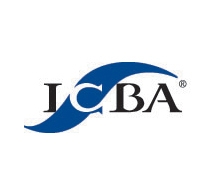 As part of the Independent Community Bankers of America’s (ICBA) war on community bank regulatory burden, the association has launched a petition calling for relief from increasingly onerous quarterly reporting requirements. These reporting requirements are part of the broader problem of community bank overregulation that inhibits economic growth in communities nationwide. In the recently released 2014 ICBA Community Bank Call Report Burden Survey, hundreds of community banks of all sizes reported significant expense and human resource allocations required to complete the call report four times each year. As a result of the overwhelming feedback, ICBA is seeking signatures for a petition that highlights the increasing length and complexity of the quarterly call report and advocates streamlined reporting rules to help community banks devote more of their resources to their customers and communities. “The call report is one piece of the overall regulatory tsunami that needs to be addressed before community banks are swept off the face of America’s banking landscape,” ICBA Senior Executive Vice President and Chief of Staff Terry J. Jorde said. “With 80 pages of forms to complete, more than 670 pages of instructions and another 57 pages recently proposed to implement the provisions of Basel III, the quarterly call report is reflective of the growing regulatory red tape strangling community banks. As a former community banker, I understand firsthand how the additional staff time and resources that community banks devote to regulatory paperwork takes away from valuable resources better suited for local economic growth and job creation.” ICBA’s petition cites data from the call report survey, which found that the annual cost of preparing the call report has increased for 86 percent of respondents over the past 10 years and that community banks are spending hundreds of hours and thousands of dollars each year to comply. It notes that new Basel III regulatory capital changes have added further complexity to an already exhaustive call report system and that the frequency and volume of information community banks are required to report do not properly consider the size and complexity of these already highly regulated institutions. The petition also reiterates ICBA’s call for revised rules that would allow highly rated, well-capitalized community banks to file a short-form call report for the first and third quarters of each year. This streamlined report would provide sufficient information for regulators to monitor safety and soundness while being significantly less burdensome to prepare, allowing community banks to focus more resources on their customers and communities. According to ICBA’s call report survey, 98 percent of respondents said the short-form call report would reduce their regulatory burden, and 72 percent said the reduction would be “substantial.”
Link copied
Published
Jul 28, 2014
Coming Up See All
Jan
26
Mortgage Leadership Outlook: Karl Jacob
Webinar
1:00 PM PT
Jan
27
Making Money in Non-QM
Webinar
1:00 PM ET
Feb
08
Texas Mortgage Roundup — Austin
Austin, TX
Get the Daily
Advertisement
Advertisement
Analysis and Data
Loans In Forbearance Continued To Decline In December