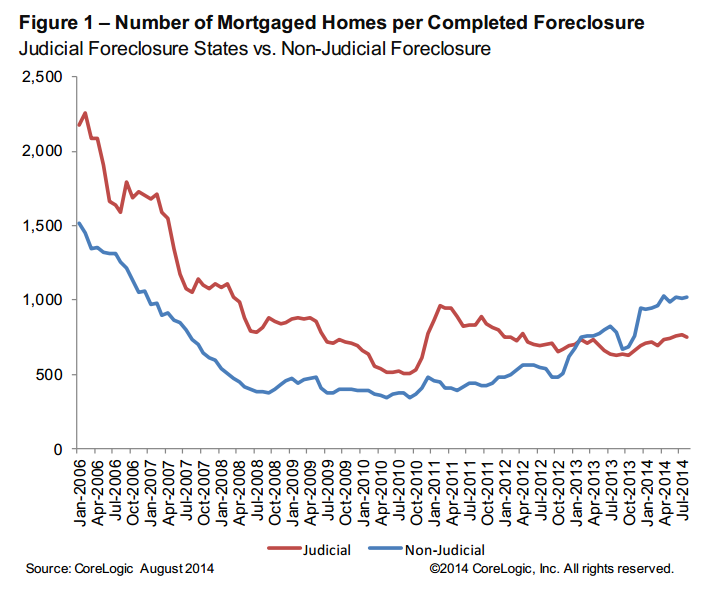 “Clearly there has been a large improvement in the market the last few years, but five years into the economic expansion the foreclosure inventory remains at nearly three times the normal level,” said Sam Khater, deputy chief economist at CoreLogic. “Since homeownership rates peaked in the second quarter of 2004, there have been 7 million completed foreclosures, which account for 15 percent of all mortgages.” 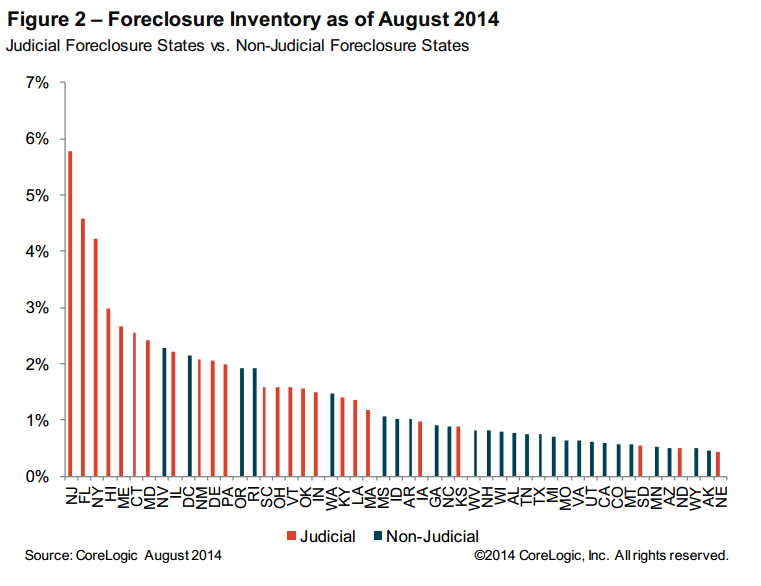 “The number of foreclosures completed during the last 12 months is at the lowest level since November of 2007,” said Anand Nallathambi, president and CEO of CoreLogic. “At current foreclosure rates, the shadow inventory could fall below 500,000 units by year-end which could provide a solid boost to the recovery in housing in 2015.”

Highlights as of August 2014:
►August represents 19 consecutive months of at least a 20-percent year-over-year decline in the national inventory of foreclosed homes.

​►Twenty-eight states show declines in year-over-year foreclosure inventory of greater than 30 percent, with Utah and Idaho experiencing the largest declines at 46 percent each.

​►The five states with the highest foreclosure inventory as a percentage of all mortgaged homes were: New Jersey (5.8 percent), Florida (4.6 percent), New York (4.2 percent), Hawaii (3 percent) and Maine (2.7 percent). 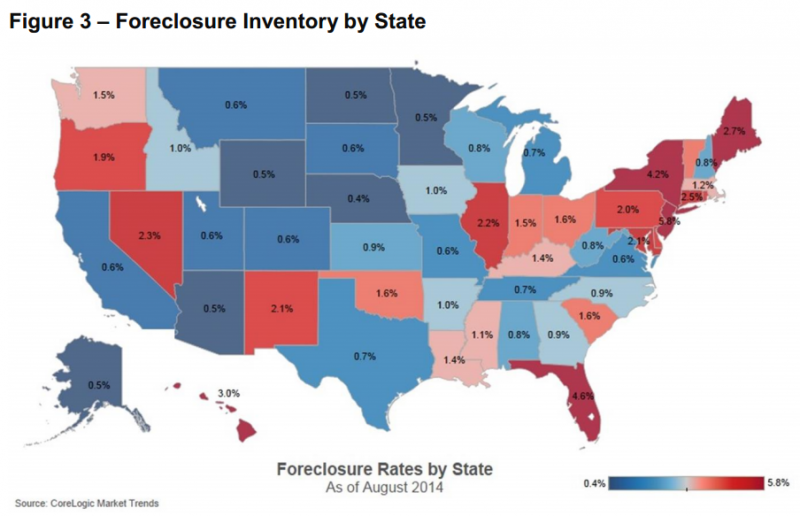