Mortgage credit availability remained unchanged in September according to the Mortgage Credit Availability Index (MCAI), a report from the Mortgage Bankers Association (MBA) which analyzes data from the AllRegs Market Clarity product. The MCAI remained unchanged at 116.1 in September. A decline in the MCAI indicates that lending standards are tightening, while increases in the index are indicative of a loosening of credit. The index was benchmarked to 100 in March 2012. 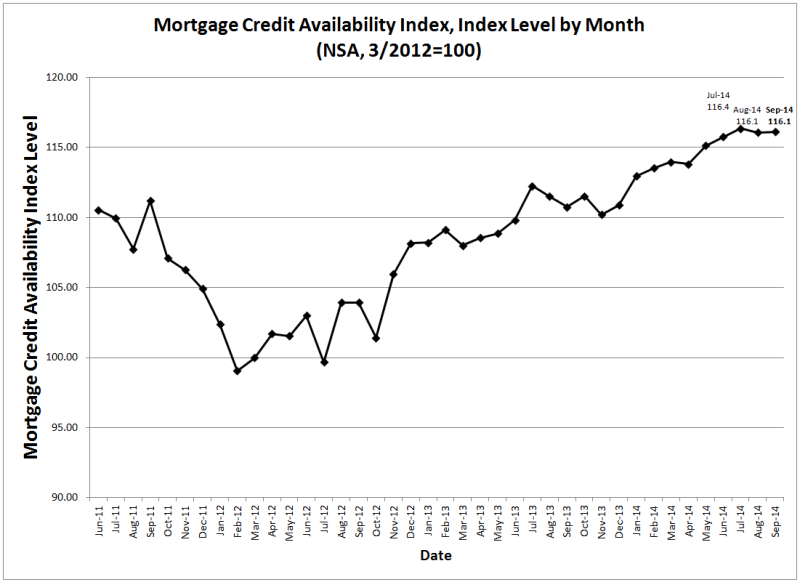 The Conventional and Government MCAIs, which are component indices of the Total MCAI, are constructed using the same methodology and are designed to show relative credit risk/availability for conventional and government (FHA/VA/USDA) loan programs. The differences between the component indices and the total MCAI are first, the population of programs they examine, and second, the “base levels” to which they are calibrated. Using data from the MCAI and the Weekly Applications Survey, MBA calibrated the Conventional and Government indices to better represent where each index might fall in March 2012 (the “base period”) relative to the Total=100 benchmark. 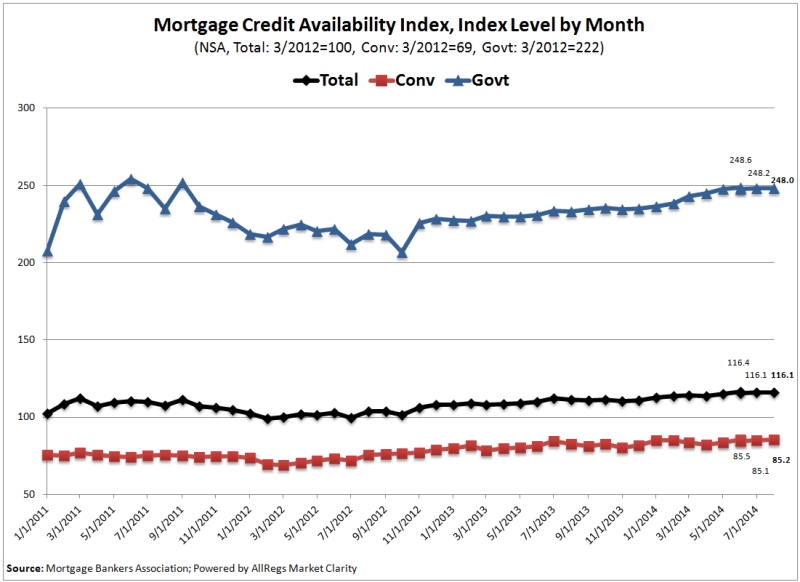 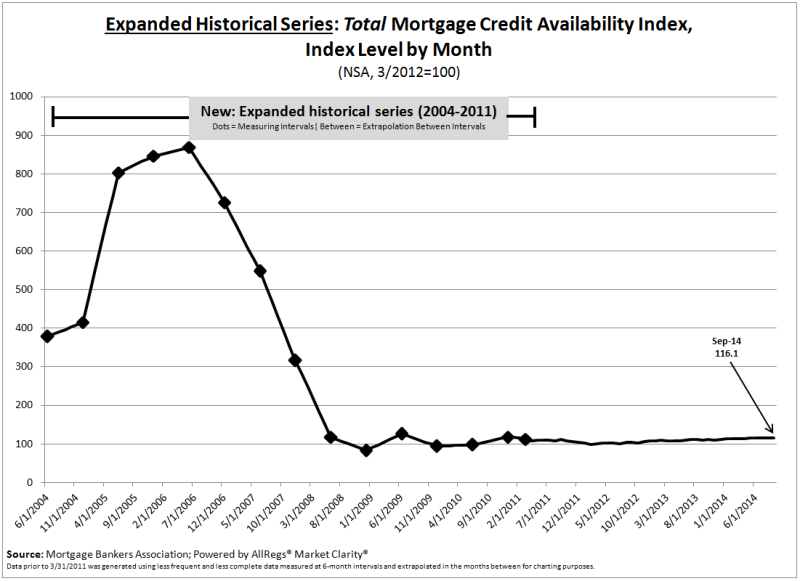