Mortgage credit availability dropped in October, according to the Mortgage Credit Availability Index (MCAI), a report from the Mortgage Bankers Association (MBA) which analyzes data from the AllRegs Market Clarity product. The MCAI decreased 2.5 percent to 113.2 in October. A decline in the MCAI indicates that lending standards are tightening, while increases in the index are indicative of a loosening of credit. The index was benchmarked to 100 in March 2012.

“The major cause of the decline in the credit index in October was the removal of special loan programs which only pertain to REO sales. These programs were likely discontinued due to the shrinking level of REO properties for sale on the market,” said Mike Fratantoni, MBA’s chief economist. “FHFA recently announced plans regarding efforts to expand access to conventional conforming credit through greater clarity with respect to repurchase risk and a modest expansion of higher LTV lending. These changes are not yet finalized and hence are clearly not reflected in the October data.” 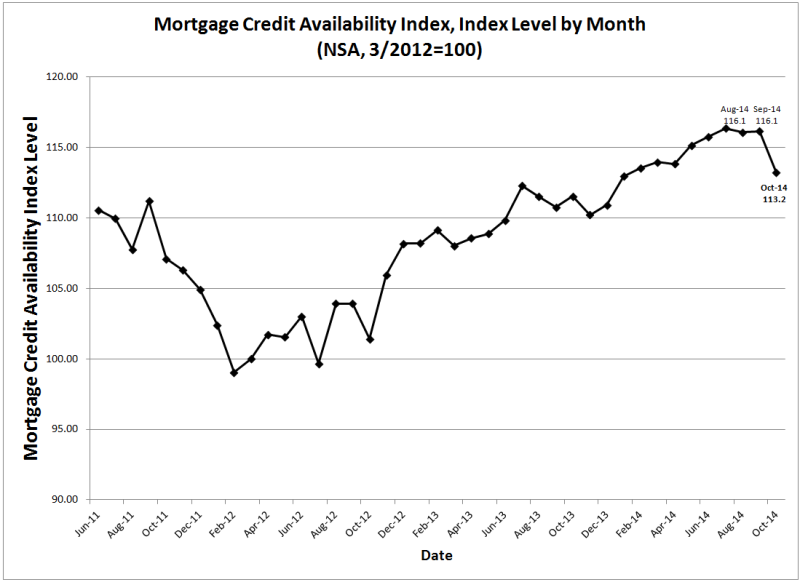 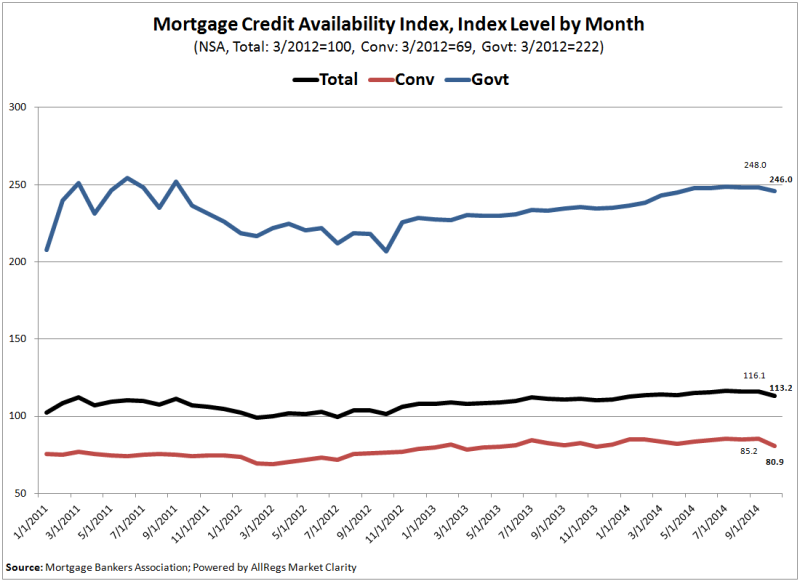 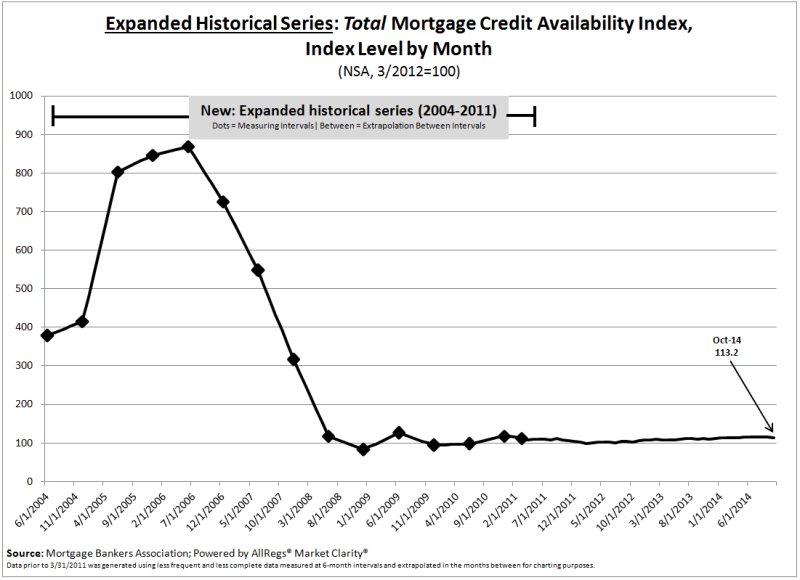