CoreLogic has released its latest Mortgage Fraud Report, which found that at the end of the second quarter of 2014, the report shows a 3.2 percent year-over-year increase in fraud risk, as measured by the Mortgage Application Fraud Risk Index, and estimates that applications representing approximately $3.3 billion in mortgage debt contained elements of fraud or serious misrepresentations in the second quarter of 2014. For the 12 months ending the second quarter 2014, the report estimates the total value of applications with fraud or serious misrepresentations at $19.8 billion. 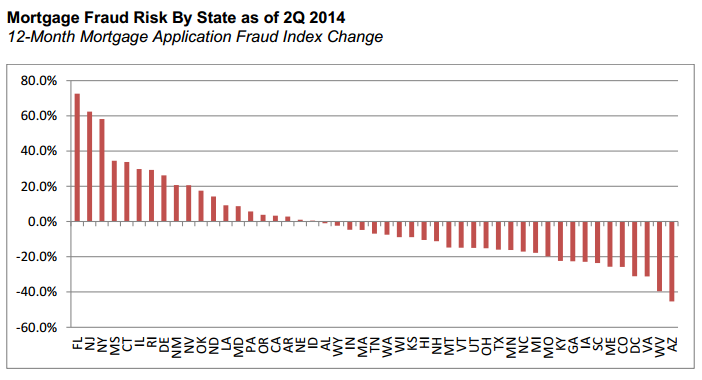 Among the highlights of the report:

►As has been the case for the past four years, jumbo mortgages have exhibited the highest fraud risk, followed by low-downpayment mortgages.

The year over year differences are likely driven to some extent by changes to market conditions including:
►New government programs—notably the "ability to repay" rules that went into effect last January—that have placed additional scrutiny on debt and irregular income such as bonuses and rental payments;

►Over 3.2 million additional single-family properties added to the rental market since 2006, increasing both the potential for occupancy fraud as well as the number of consumers showing rental income and multiple mortgages.

►Deferred maintenance for some properties and rapid appreciation for others leading to large discrepancies in value among nearby properties, increasing opportunities for incorrect valuation and fraud-for-profit schemes. This was most often the case in judicial foreclosure states and high vacancy areas.

“Increasing home values have improved home equity, enabling many homeowners with previously marginal equity to purchase a different property, refinance, or obtain a cash-out home equity loan or HELOC,” said Michael Bradley, Ph.D., senior vice president of Analytics at CoreLogic. “Also, job creation, as well as the aging of negative credit report records from the beginning of the recession, have increased the number of consumers able to qualify for mortgages.  Finally, more institutions are beginning to rely on advanced analytics to relax credit overlays and expand the credit envelope. All of these trends have expanded access to mortgage credit modestly with only a slight increase in fraud risk, as the CoreLogic Mortgage Fraud Report indicates.” 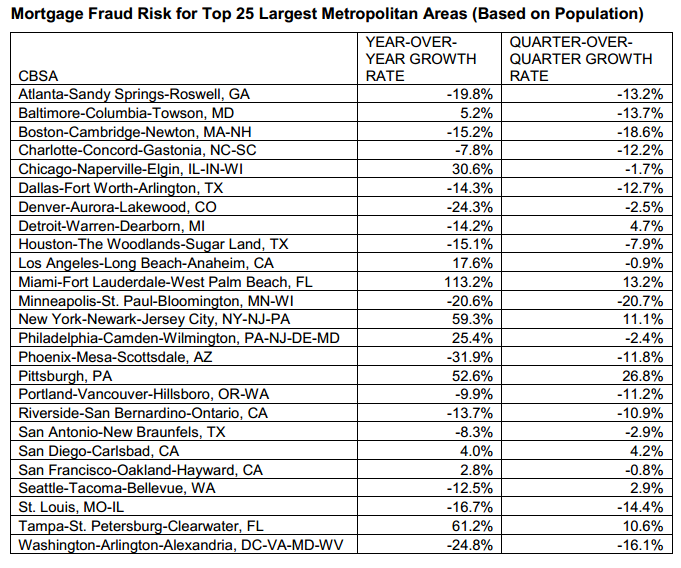