Sen. Elizabeth Warren (D-MA), the architect of the Consumer Financial Protection Bureau (CFPB), has openly challenged both the Obama Administration and the newly-elected Republican majority that will control the next Congress to avoid the lure of lobbyists and special interest groups and concentrate on “breaking up the financial institutions that continue to threaten our economy.”

In an op-ed column published in The Washington Post, Warren angrily insisted that the nation’s wealthiest corporations and their lobbyists have taken control of the federal government, at the expense of helping the American people improve the quality of their lives. 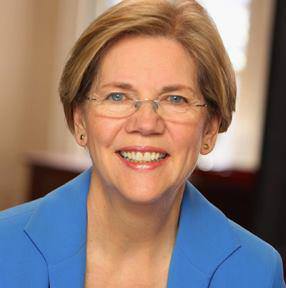 “Americans are deeply suspicious of trade deals negotiated in secret, with chief executives invited into the room while the workers whose jobs are on the line are locked outside,” she wrote “They have been burned enough times on tax deals that carefully protect the tender fannies of billionaires and big oil and other big political donors, while working families just get hammered. They are appalled by Wall Street banks that got taxpayer bailouts and now whine that the laws are too tough, even as they rake in billions in profits. If cutting deals means helping big corporations, Wall Street banks and the already-powerful, that isn’t a victory for the American people—it’s just another round of the same old rigged game.”

Warren acknowledged that the stagnant environment that created gridlock in Washington needs to be lifted, but warned that major financial services companies should not be the beneficiary on a new flurry of approved legislation.

“Yes, we need action,” Warren continued. “But action must be focused in the right place: on ending tax laws riddled with loopholes that favor giant corporations, on breaking up the financial institutions that continue to threaten our economy, and on giving people struggling with high-interest student loans the same chance to refinance their debt that every Wall Street corporation enjoys. There’s no shortage of work that Congress can do, but the agenda shouldn’t be drawn up by a bunch of corporate lobbyists and lawyers. Change is hard, especially when the playing field is already tilted so far in favor of those with money and influence. But this government belongs to the American people, and it’s time to work on America’s agenda. America is ready—and Congress should be ready, too.”

Although her op-ed column did not specifically call out the Obama Administration in general or the Department of Justice in particular for its record on prosecuting Wall Street executives at the heart of the 2008 economic crash, she nonetheless stated that the absence of indictments and convictions were unsatisfactory for her tastes.

“The American people want a fighting chance to build better lives for their families,” she stated. “They want a government that will stand up to the big banks when they break the law.”

Warren also used her Facebook page to claim that special interest money had an overpowering impact on how Americans voted in last week’s election.

“Last Tuesday, the big guys proved that they could drown democracy with their dollars,” she wrote.