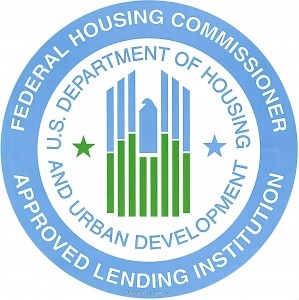 The U.S. Department of Housing & Urban Development (HUD) has released its annual report to Congress on the financial condition of the Federal Housing Administration (FHA) Mutual Mortgage Insurance (MMI) Fund. The independent actuarial report shows that FHA’s Mutual Mortgage Insurance Fund (MMIF) has improved going from a negative value to a growth of $21 billion within two years.

The Fund gained nearly $6 billion in value over the last year and now stands at $4.8 billion. The current capital ratio is 0.41 percent. Improvement in the Fund is a result of aggressive policy actions that have led to better portfolio performance including delinquency rates dropping 14 percent and recovery rates improving by 16 percent since last year.

“This year’s report shows that the fundamentals of the Fund are strong,” said HUD Secretary Juliàn Castro. “Over the past five years, FHA has taken a number of prudent actions to restore the Fund’s fiscal health. This is positive news for the economy and the millions of American families that count on FHA.”

Following the housing crisis, FHA took a number of steps including changes to underwriting standards, loss mitigation policies, recovery strategies and premium levels. All of these actions combined have led to the results seen today.

“Improving the performance of the Fund by $21 billion in two years is good news for the housing market,” said Acting FHA Commissioner Biniam Gebre. "FHA will continue to focus on meeting its mission of creating responsible access, investing in our economy and preserving pathways to the middle class. We remain dedicated to giving more hard-working responsible families the chance to buy a home and not a returning to the days of reckless lending that caused so much pain for middle-class families and the economy.”

Across a number of measures, the portfolio has seen significant improvements, including:

"The report makes clear that the steps this Administration has taken to improve the health of the Fund are taking hold. As the Fund has improved, FHA has been able to focus on helping responsible families get a loan in today’s tight lending environment. FHA will continue to execute on the policies that have supported both the turnaround in the Fund and an appropriate expansion of credit access to the underserved.

“Now that the MMI Fund is on a path to recovery, NAR urges FHA to lower its annual mortgage insurance premiums and eliminate the requirement that mortgage insurance be held for the life of the loan. Achieving homeownership has become more difficult with current FHA mortgage insurance premiums," said National Association of Realtors (NAR) President Chris Polychron. “NAR estimates that in 2013, nearly 400,000 creditworthy borrowers were priced out of the housing market because of high FHA insurance premiums. By lowering its fees, FHA could provide greater access to homeownership for historically underserved groups. To put it in perspective, over the past four years, the percent share of first-time buyers using FHA-backed loans shrank from 56 percent to 39 percent. A shift in policy would also increase the volume of borrowers acquiring FHA-backed loans and contribute to the solvency of the MMI Fund."

David H. Stevens, president and CEO of the Mortgage Bankers Association (MBA), said, "Today’s report shows a continued improvement in economic value of the MMI Fund, with the fund having improved by $21 billion in the last two years. This trend is good news for taxpayers and the program, as almost all of the vital metrics, including delinquencies, foreclosures, and recoveries on property disposition, continue to improve. Maintaining this trend will require FHA to continue its ongoing work to improve transparency and certainty around its loan quality assessment methodology, as well as to re-examine mortgage insurance premiums, both the amount and the structure. Premiums are currently at an all time high, and FHA needs to find the right balance so it can meet its mission and further grow its reserves by sustainably increasing volumes without being adversely selected should only the highest risk borrowers be willing to pay the high premiums.”