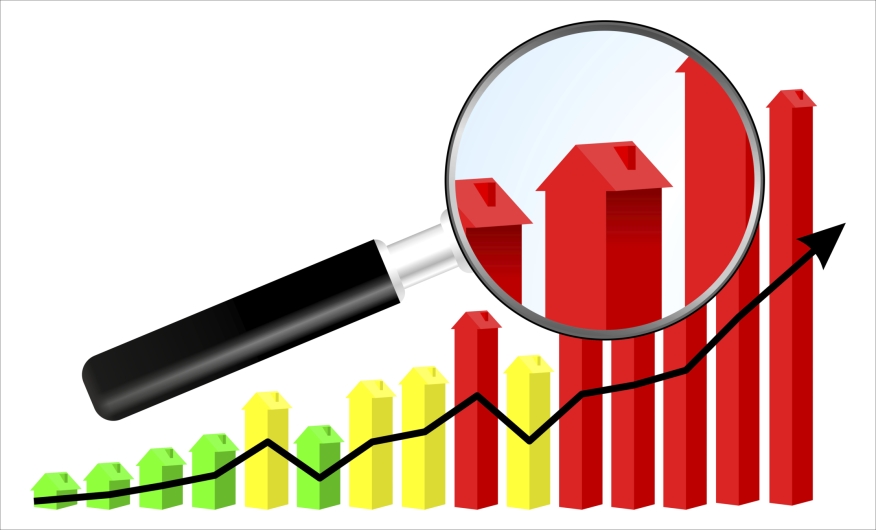 At the state level, including distressed sales, all states showed year-over-year home price appreciation in October. Twenty-seven states and the District of Columbia were at or within 10 percent of their home price peak. The HPI reached new highs in a total of nine states: Colorado, Louisiana, Nebraska, New York, North Dakota, South Dakota, Tennessee, Texas and Wyoming. 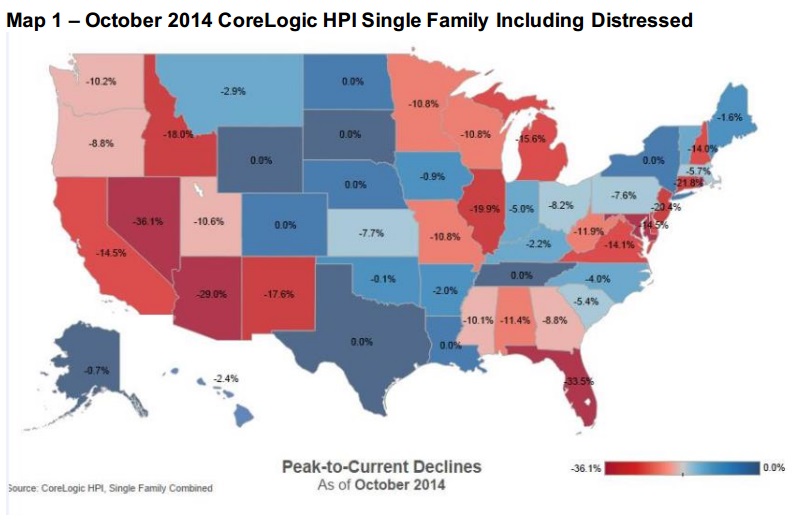 “Home price growth is moderating as we head into the late fall and is currently running at half the pace it was in the spring of 2014,” said Sam Khater, deputy chief economist at CoreLogic. “However, there are still pockets of strength, especially in several Texas markets, as well as Seattle, Denver and other markets with strong economic fundamentals.” 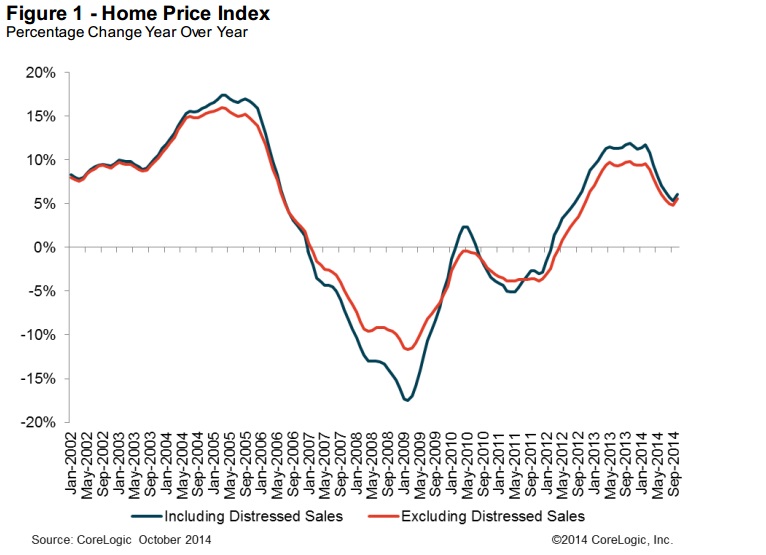 “The gradual recovery of the housing market continues to be propelled by improving employment, more buyer and seller confidence, continued low rates and, in certain parts of the country, investor demand. The continued actual and projected rise in home prices confirms that fact,” said Anand Nallathambi, president and CEO of CoreLogic. “Based on our projections, home process in over half the country will have reached or surpassed levels last seen at the height of the housing bubble sometime in mid-2015.” 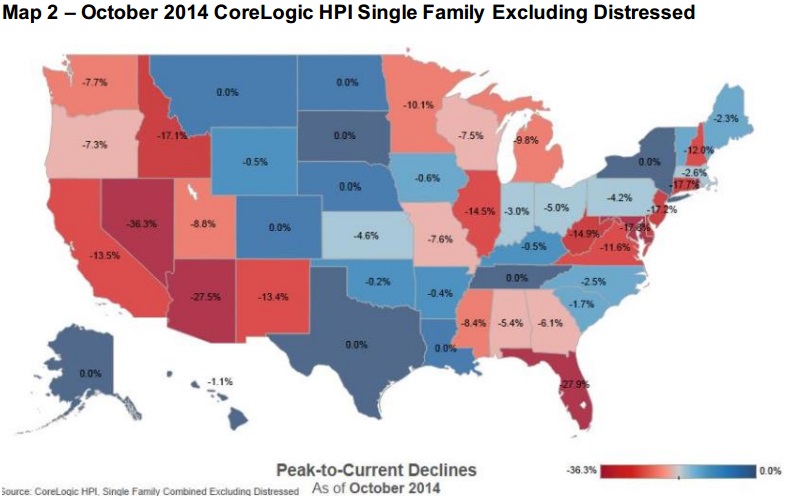 Highlights as of October 2014:

►Including distressed sales, the U.S. has experienced 32 consecutive months of year-over-year increases; however, the national average is no longer posting double-digit increases. 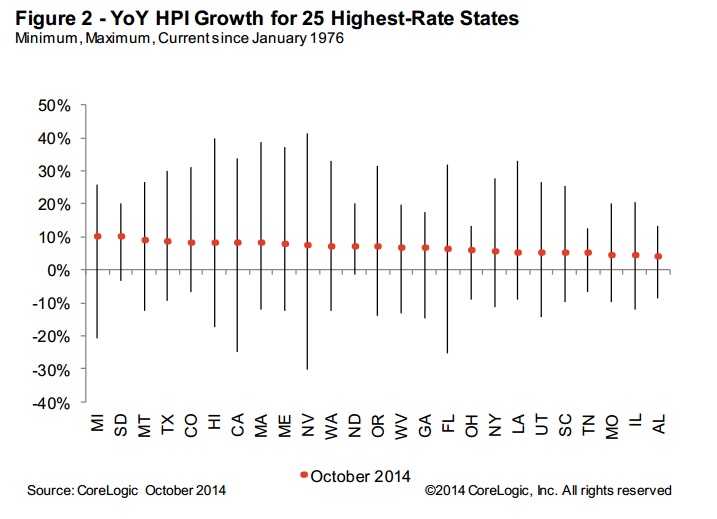