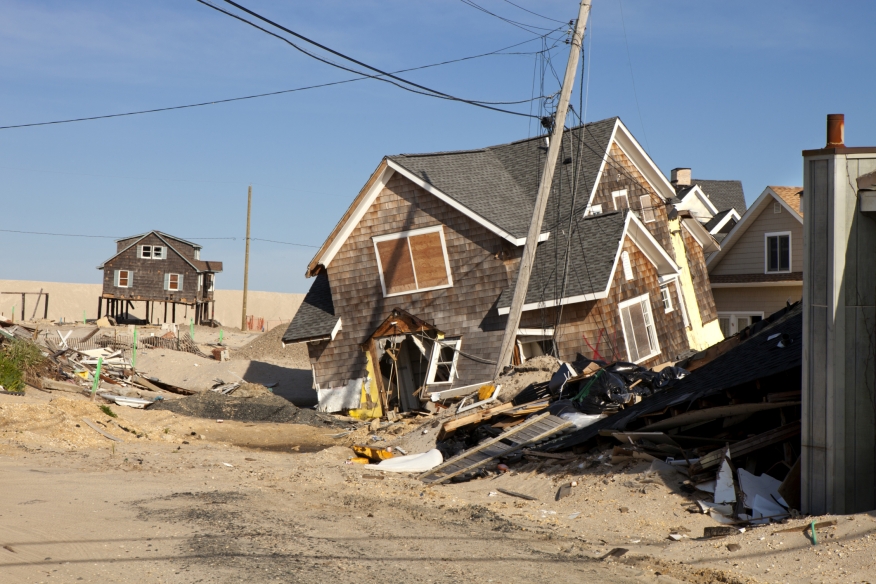 A bill has been introduced in the New Jersey legislature that would create a three-year moratoria on foreclosures of residential properties that absorbed damage from Superstorm Sandy in October 2012.

“This bill would prevent the foreclosure of any mortgage obligation on any real property that was damaged by ‘Superstorm Sandy,’ the major storm that made landfall in New Jersey on Oct. 29, 2012, for a period of 36 months immediately following the enactment of the bill,” said the statement accompanying Bill S2577, which was introduced by Sen. Jeff Van Drew, a Democrat representing the Cape May section of the state. “This 36-month period will give property owners whose homes still bear damage inflicted as the result of ‘Superstorm Sandy’ some financial breathing room as they try to rebuild their homes and their lives.”

Under the legislation, punishment for foreclosure proceedings against any Sandy-afflicted homeowner would result in a six-month jail term and/or a fine of up to $1,000. The bill has been referred to the legislature’s Senate Community and Urban Affairs Committee for discussion.

The new bill is the latest effort to ensure protection for New Jersey homeowners whose properties were impacted by Sandy. Earlier in the year, legislation titled “Superstorm Sandy Bill of Rights” passed the legislature but was vetoed by Gov. Chris Christie; the earlier legislation made no mention of foreclosures.