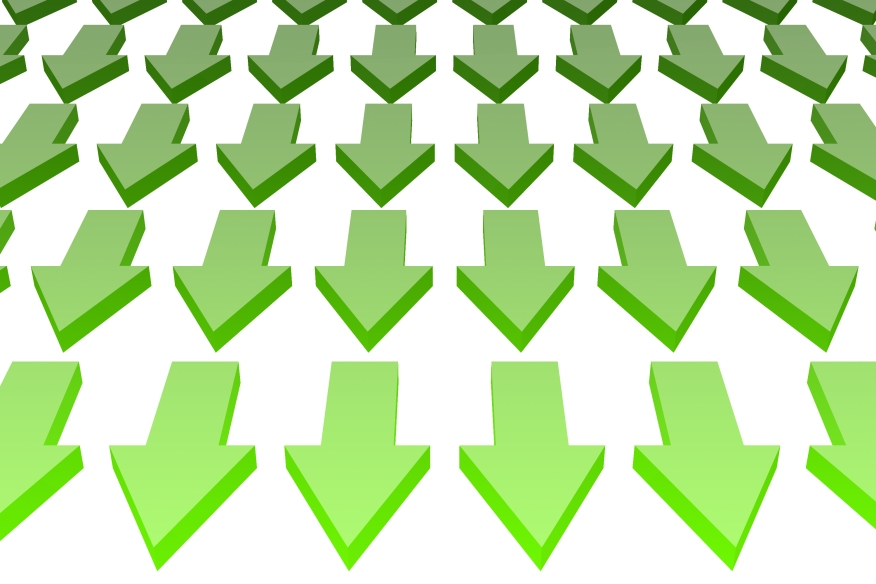 Rates on the most popular types of mortgages declined, with fixed-rate mortgages (FRMs) posting their largest one-week decline since October, putting them on a par with levels last seen nearly 18 months ago, according to HSH.com's Weekly Mortgage Rates Radar. The average rate for conforming 30-year FRMs fell by eight basis points (0.08 percent) to 3.95 percent. Conforming 5/1 Hybrid ARM rates decreased by three basis points, closing the Wednesday-to-Tuesday wraparound weekly survey at an average of 3.10 percent.

"A combination of factors is pulling rates downward this week," said Keith Gumbinger, vice president of HSH.com. "Falling oil prices may be beneficial for the U.S. and other nations who are net consumers, but there are markets where the sharp fall in prices may prove troublesome, so investors are pushing even more money into safer and better yielding U.S. debt than they already had been. In turn, this is again driving down yields and pulling mortgage rates right along with them."

Although it's too soon to tell, falling oil prices may have some effect on the inflation outlook, possibly keeping the Fed from lifting rates as planned in the middle of next year. The Federal Reserve concludes a meeting on Wednesday and is expected to make some changes to the language it has been using to describe its intentions for interest rates. Any investor expectation that the Fed might delay raising rates could add to the downward pressure on rates this week. Slack demand for mortgage credit, typical of the holiday season, may be serving to help rates ease as well.

"Rates already had very little upward traction of late, and the confluence of factors over the last few days has removed all of that, and then some," adds Gumbinger. "With rates at 18-month lows, wrapping up a refinance for the holidays might be the most valuable gift a homeowner can get for themselves this year."

Average mortgage rates and points for conforming residential mortgages for the week ending December 16, according to HSH.com:

Average mortgage rates and points for conforming residential mortgages for the previous week ending Dec. 9 were, according to HSH.com: