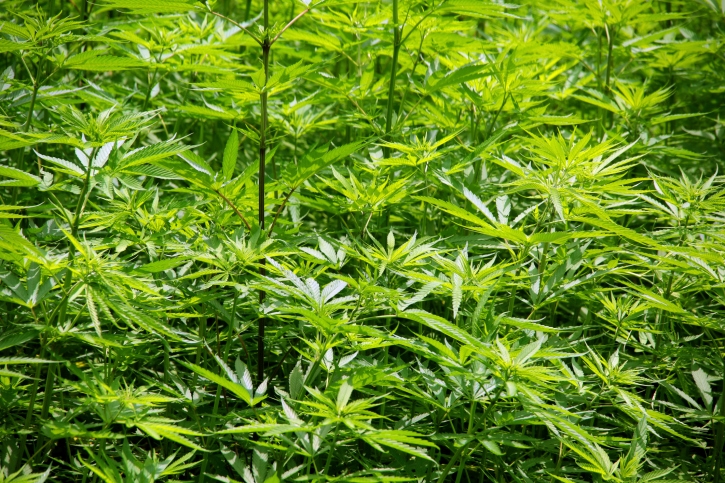 State and federal disconnected on rules and regulation.

As state laws evolve to accommodate marijuana usage and possession, federal laws that made the production and usage of marijuana illegal remain unchanged. This disconnect has created something of a problem in regard to housing and real estate finance.

To date, 23 states and the District of Columbia have passed laws allowing for prescribed medical marijuana use. Three states have laws permit marijuana for regulated recreational use and 11 states have laws permitting limited possession and use. But this raises a new question: How should real estate and mortgage professionals proceed in this patchwork of contradictory laws?

Speaking at a panel discussion earlier this month during the National Association of Realtors’ Conference & Expo, the organization’s senior policy analyst, Megan Booth, noted there was a vital need research and risk management on the subject.

“While the legalization of marijuana has more obvious implications for residential and commercial property managers who have to deal with a variety of landlord-tenant issues, it’s also creating challenges for community and condominium associations and federally assisted rental housing,” Booth said.

For homeowners that rent out their properties and for the owner/operators of multifamily and condominium developments, there is also the issue of legal and material damages created by marijuana cultivation in and around residences. The Institute of Real Estate Management (IREM) recently issued a white paper that warned of the havoc that could be created.

“The growing of marijuana requires significant amounts of water, heat, and humidity,” the IREM white paper stated. “These conditions can create mold issues in properties. These requirements can also increase utility costs for the landlord, and if tenants don’t pay individual electric and water bills. Further, the property could be subject to civil asset forfeiture if you permit growing.”

Complicating matters further is the difference in the laws between the states.

“Multifamily properties with smoking bans may also restrict the smoking of marijuana,” the IREM white paper noted. “However, residents may request a reasonable accommodation for the use of medical marijuana; depending upon state law, owners/managers may find it difficult to refuse such a request. California, for example, considers denial of such a request a fair housing violation under state law. However, the conflict between state and federal laws makes its application tricky for multifamily property owners and managers.”

Clearing up confusion with data and facts has helped to dilute some of the apprehension within this uncharted territory. In 2012, Colorado voters approved the legalization of recreational marijuana, a historic first. The Colorado Association of Realtors followed that precedent-breaking change with a blog posting entitled “Recreational Sales and Property Values,” which assured its membership that home values would not suffer due to the changes in law.

“For homeowners or buyers concerned about the possibility of a marijuana business springing up next door, the impact may not be as prevalent as some expect,” the group’s blog stated. “Although state law allows pot shops to exist, amendment 64 gives local governments the authority to regulate commercial activities associated with the recreational use of marijuana. The majority of counties in Colorado have either already passed bans on recreational marijuana retailers or have delayed making a decision and placed a moratoria on pot business; closely monitoring how enactment is working in other parts of the state. It looks as though recreational marijuana businesses will be absent from large portions of the state for the foreseeable future.”

Indeed, many people have assumed that anyone can move to Colorado and start growing cannabis in their backyards. In a February 2014 interview with CNBC, Colorado real estate agent Bob Costello, the self-titled “420-Friendly Realty Broker,” admitted that he spends a great deal of time explaining the details of the state’s marijuana-tinged homeownership laws to unsuspecting would-be buyers.

“I’m bursting people's bubbles on a daily basis,” said Costello, adding that state law prohibits growing more than six cannabis plants on residential property and that no more than half of those plants can be fully mature and flowering.

Not surprisingly, many lenders that are burdened with onerous regulatory oversight and paperwork on relatively mundane real estate transactions have shied away from having anything and anyone with a marijuana connection.

“Private institutional lenders have overwhelmingly refused to do business with legal marijuana sellers,” observed Les R. Kramsky of the Marlboro, N.J.-based Law Offices of Les R. Kramsky LLC. “These businesses are finding it difficult to obtain credit lines, loans or even bank accounts. While marijuana has been legalized in some states, the Controlled Substances Act of 1970 still has cannabis listed as a Schedule I narcotic, meaning its classified as most harmful with no medical use. And therein lies the problem: Marijuana's drug classification has banks nervous about working with legal business owners and the lenders are fearing a backlash like massive fines and perceived instances of money laundering from federal regulators and law enforcement if they conducted business with legalized marijuana sellers.”

Kramsky acknowledged that options for taking out a mortgage are limited under these circumstances.

“Perhaps legalized marijuana sellers can look to their own respective states for funding until such time as private banks overhaul their thinking and the Federal government reclassifies marijuana as a Schedule II drug, meaning it's classified as having limited medical advantages instead of none at all,” he continued. “A few of the major lenders will not even take a loan application from a marijuana related business taking the position that as it stands now, possession or distribution of marijuana violates federal law, and banks that provide support for those activities face the risk of prosecution and assorted sanctions. Therefore, based on the foregoing, it is my opinion that a lender has a right to refuse to originate a loan to someone if they are involved in a state-regulated marijuana related business or if the property is being used for a legal marijuana growing operation.”