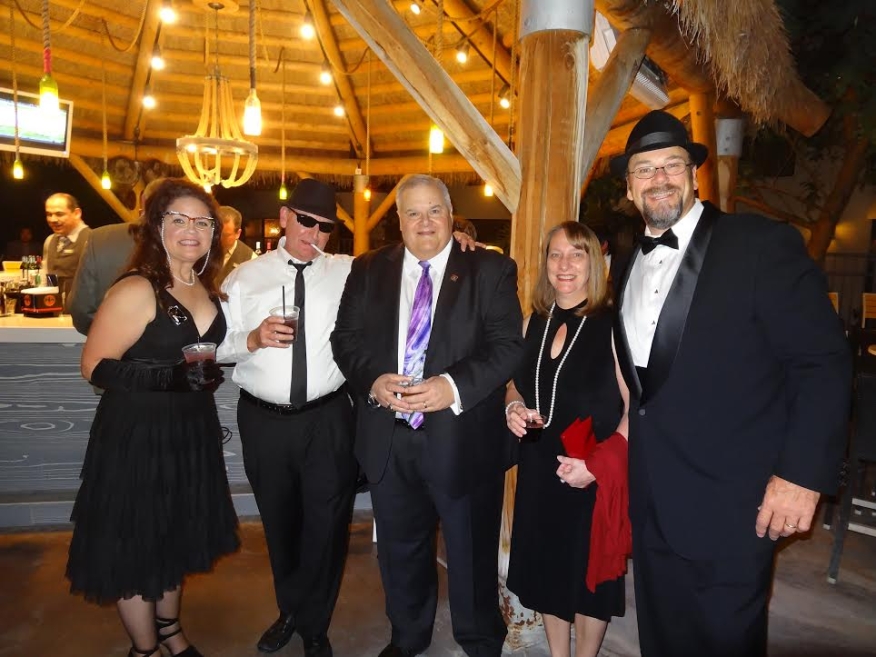 Last month, the National Consumer Reporting Association (NCRA) hosted their 22nd Annual National Conference for the housing consumer reporting industry. The event included 155 industry professionals who traveled to the beautiful California Palm Desert for three days of education and networking. For NCRA’s venue this year, we avoided the typical modern golf resort, as NCRA was in the Palm Desert in 2006 at the Renaissance Esmeralda Resort, this time electing to go with the retro-themed Riviera Hotel where Frank Sinatra and his “Rat Pack” hung out in bygone days, as the Riviera was one of the hottest places to be in Palm Springs in the “swinging 60s.”

The hotel was such a hot spot in the 1960s that it was even one of the stars in the movie, “Palm Springs Weekend,” as Connie Stevens and Robert Conrad lunched poolside in the film. Nancy Sinatra made the hotel her home during the 1966 filming of “The Wild Angels.” Others who frequented the Riviera in those days read like a 60s Hollywood who’s who list: Elvis Pressley, Bob Hope, Raquel Welch, Dezi Arnaz, Sonny & Cher (Sonny Bono’s first restaurant was at the Riviera), and many more. It was an honor to perform at the Riviera in those days, with the very stage used for the NCRA Conference hosting some of the greatest acts of that era. Sinatra’s last performance at the Riviera was in 1988 as he opened with “Come Rain or Come Shine.” 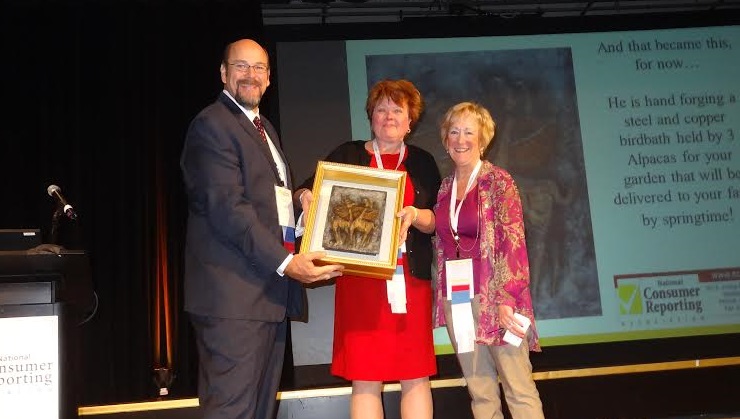 Whatever the location, NCRA’s conference always features a packed agenda filled with sessions addressing some of the most pressing topics in today’s housing consumer reporting industry. We started off each day with acclaimed business coaches this year featuring Dan Lier (sponsored by Trans Union) and then Robb Braun for the keynote sessions to help our members keep growing professionally. After starting each day with some inspiring messages and business building lessons, we then dove into the industry issues. To cover those, we assembled some of the leading representatives in the industry and government to address the specific challenges the housing consumer reporting industry is dealing with today.

A highlight in this year’s agenda from the governmental perspective was from a member of the group hand-selected by Sen. Elizabeth Warren to create what became the Consumer Financial Protection Bureau (CFPB), Edwin Chow, who is currently the Director of the CFPB’s 17-state western region and Hoa Phan from the CFPB’s financial services examination team. The CFPB discussed their role in actively monitoring and regulating the consumer reporting industry. The Federal Trade Commission (FTC), who shares regulation of the consumer reporting industry, sent former Deputy Directory of the Division of Consumer Protection and current Northwest Director, Charles Harwood, to talk about the FTC’s Fair Credit Reporting Act (FCRA) actions of the past year. Erich Yost, a Management Analyst in the Office of Field Policy and Management at the U.S. Department of Housing & Urban Development (HUD), represented HUD’s interests to the group. 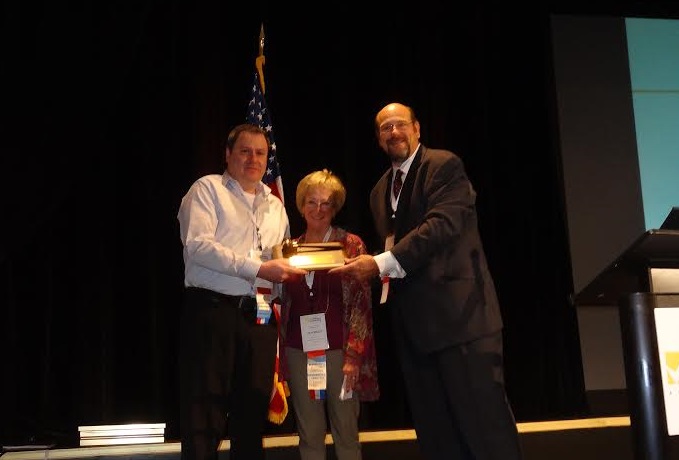 From inside the industry, we had Don Frommeyer, chief executive officer and immediate past president of NAMB—The Association of Mortgage Professionals, participate in two sessions. Don was a panelist with Christi Lawson of Foley and Lardner LLP and Dr. Gary Lacefield of the Risk Mitigation Group discussing RESPA, and then provided an update on NAMB during a separate session. During lunch, one of the FICO 9.0 developers, Can Arkali, walked us through the data behind the changes to their newest credit score. Two of the three national repositories, Trans Union and Experian, took the stage to address a variety of issues from new products and services, data safety, and the ever-changing compliance issues brought about by the information hackers lurking the web.  Additionally, presentations from several nationally known industry attorneys discussed everything from NCRA’s latest Supreme Court Amicus brief on the Texas Housing disparate impact case, resident screening and private investigator issues, compliance and best practices and to round out the session, Robert Strand from the American Bankers Association (ABA) provided us a housing focused review of the economy.

Of course with this year being the mid-term election, Maureen Thompson, NCRA’s lobbyist from The Hastings Group, and I had the opportunity to review the results and analyze the path the 214th Congress may take. 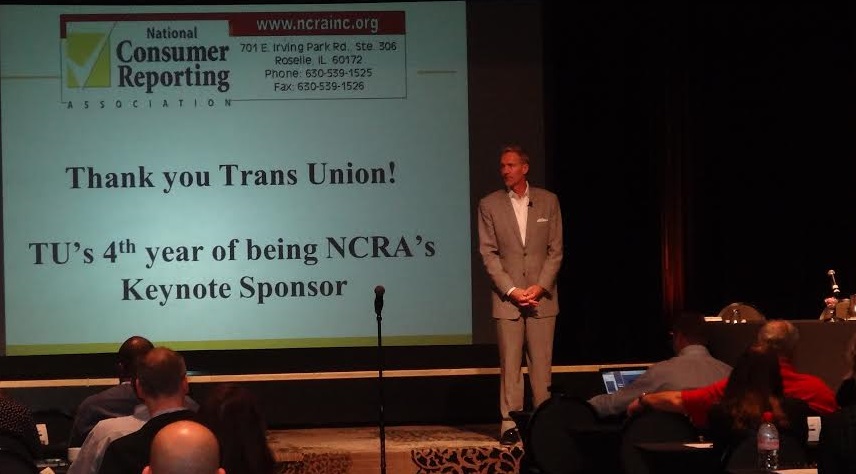 One of the key events at the conference each year is the association’s annual change in leadership. “Thank you” to Springfield, Mass.-based SIR’s Maureen Devine for serving as 2014 NCRA president and to Mike Brown as 2015 president from Allamuchy, N.J.-based CIS. Thank you to three members of the board retiring this year: Tom Conwell (Credit Technologies), Sharon Bieszk (Midwest Mortgage Reports), and Nancy Fedich (CIS). Welcome our new directors Scott Ledbetter (Property Solutions) and Mike Thomas (CIC). It has been an honor and pleasure to work with such dedicated professionals who take time away from their businesses to help guide NCRA throughout the year.

Of course it was not all work, as we had to have some fun with a welcome reception for networking and catching up with longtime friends and new ones alike. This year the big bash was keeping with the Riviera Hotel theme, a “Rat Pack” party complete with the ultimate Frank Sinatra tribute band, the “Dry Martinis” and their wonderful lead, Nick D’Edgio, who was a spot on Sinatra impersonator. Thanks to all of those who worked so hard to plan and participate in NCRA’s 22nd Annual Conference in Palm Springs! We look forward to seeing everyone next year in Washington, D.C.