Ocwen Names Two New Independent Directors to its Board 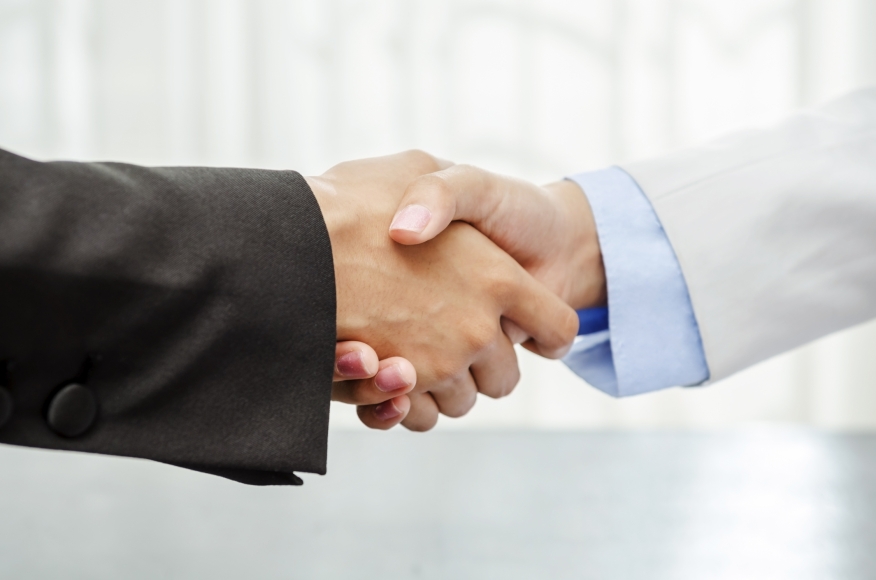 "We are delighted that Phyllis Caldwell and Dr. DeForest Soaries have joined the Ocwen Board of Directors," said Ronald Faris, president and chief executive officer of Ocwen. "Both are highly accomplished individuals who share Ocwen's commitment to the highest standards of corporate governance, and they both care deeply about borrowers and communities impacted by the housing crisis. Their backgrounds and skills are perfectly aligned with Ocwen's mission to be recognized as an industry leader in foreclosure prevention and community engagement."

"Ms. Caldwell's experience as a senior executive in Community Development Banking at Bank of America and a senior official at the U.S. Treasury, and Dr. Soaries' background in New Jersey state government and as a director of the Federal Home Loan Bank of New York, gives them a broad and deep understanding of the housing and mortgage markets, as well as perspective on the issues facing struggling borrowers and communities," said Barry Wish, non-executive chairman of Ocwen's Board of Directors. "We look forward to the contributions these accomplished business leaders will make toward our future success and their commitment to all of our stakeholders."

Caldwell is a finance and economic development advisor and was previously Chief, Homeownership Preservation Office at the U.S. Department of the Treasury, responsible for oversight of the U.S. housing market stabilization, economic recovery and foreclosure prevention initiatives established through the Troubled Asset Relief Program (TARP). Caldwell was formerly an executive of Bank of America Corporation, where she held various leadership roles, serving most recently as the President of Community Development Banking. From 2007-2009, Caldwell was the president of the Washington Area Women's Foundation. She has also served on the boards of numerous non-profit organizations engaged in housing and community development finance, including the Local Initiative Support Corporation, the Calvert Social Investment Foundation and the Low income investment Fund, and was a member of the Community Development Advisory Committee for the Federal Reserve Bank of Richmond. She currently serves as vice chair of the Community Preservation and Development Corporation, a non-profit real estate developer dedicated to providing safe, high-quality and affordable housing to low- and moderate-income individuals and families. Since January 2014, Caldwell has served as an independent director of both American Capital Senior Floating Ltd. and City First Bank of DC. Caldwell received her Master of Business Administration from the Robert H. Smith School of Business at the University of Maryland, College Park and holds a Bachelor of Arts in Sociology, also from the University of Maryland.

Soaries Jr. has served as senior pastor of the First Baptist Church of Lincoln Gardens in Somerset, N.J. since 1990. In 2003, Dr. Soaries was appointed by President George W. Bush as a commissioner of the U.S. Election Assistance Commission where he oversaw and managed distribution of $2.3 billion dollars to states for election reform activities. From 1999-2002, Dr. Soaries served as New Jersey's 30th Secretary of State. In this position, he managed one of the premier departments of state government and served as a senior advisor to the governor on issues that transcended traditional departmental lines. Dr. Soaries also serves as an independent director of the Federal Home Loan Bank of New York, where he is vice chairman of the Compensation and Human Resources Committee, and serves as a member of the Technology Committee and the Housing Committee. Dr. Soaries is also an independent director of Independence Realty Trust, a position he has held since 2011, and is chairman of the Compensation Committee. He has served on the boards of several local New Jersey non-profit organizations, including: The American Red Cross, Trenton Area Soup Kitchen, Boys & Girls Club of Newark, Board of Overseers Robert Wood Johnson Medical School, New Brunswick Development Corporation, Harvest of Hope Family Service Network, Inc., Central Jersey Community Development Corporation and CDC Properties, Inc. Dr. Soaries earned a Bachelor of Arts Degree from Fordham University, a Master of Divinity Degree from Princeton Theological Seminary and a Doctor of Ministry Degree from United Theological Seminary.