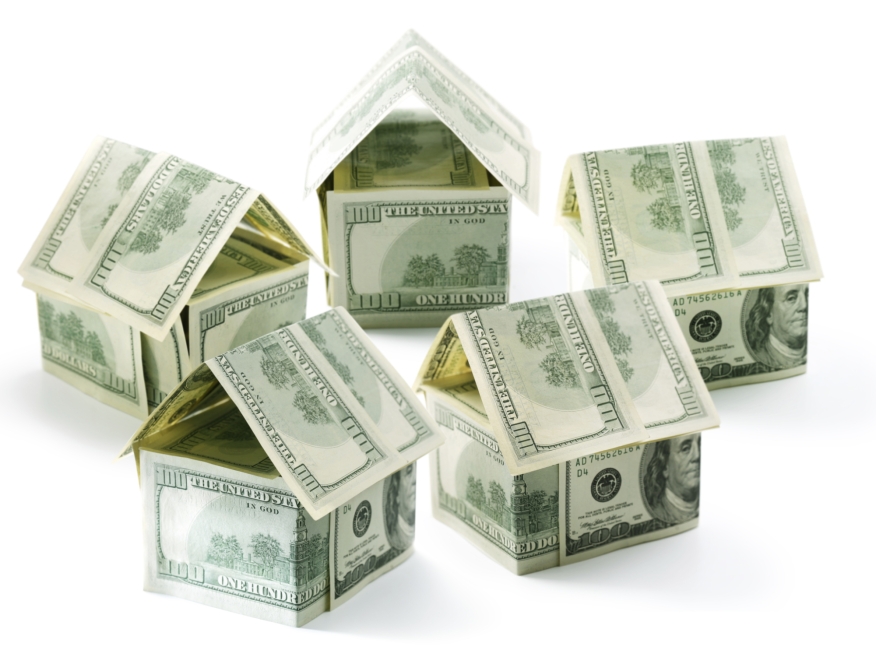 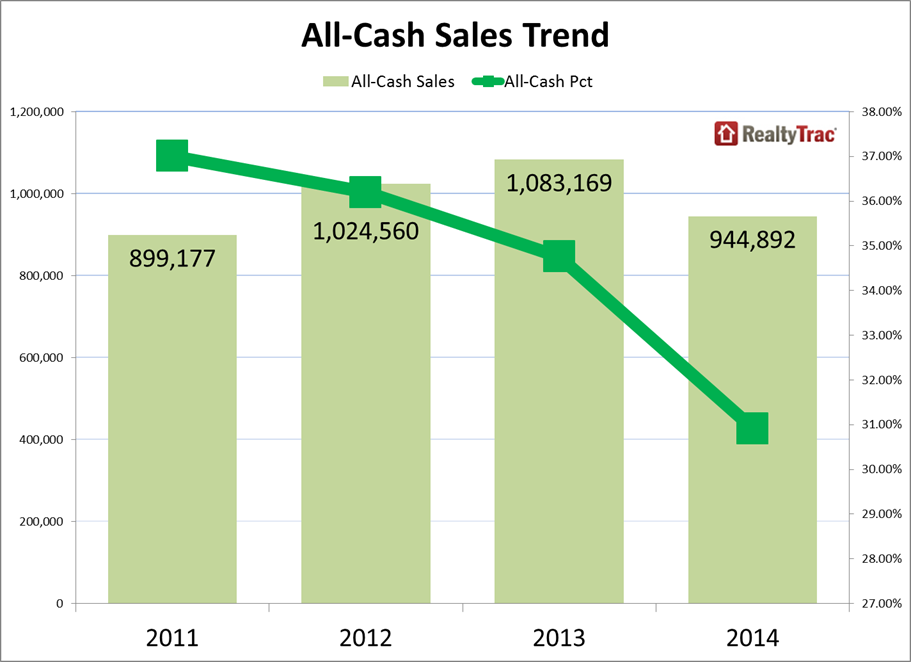 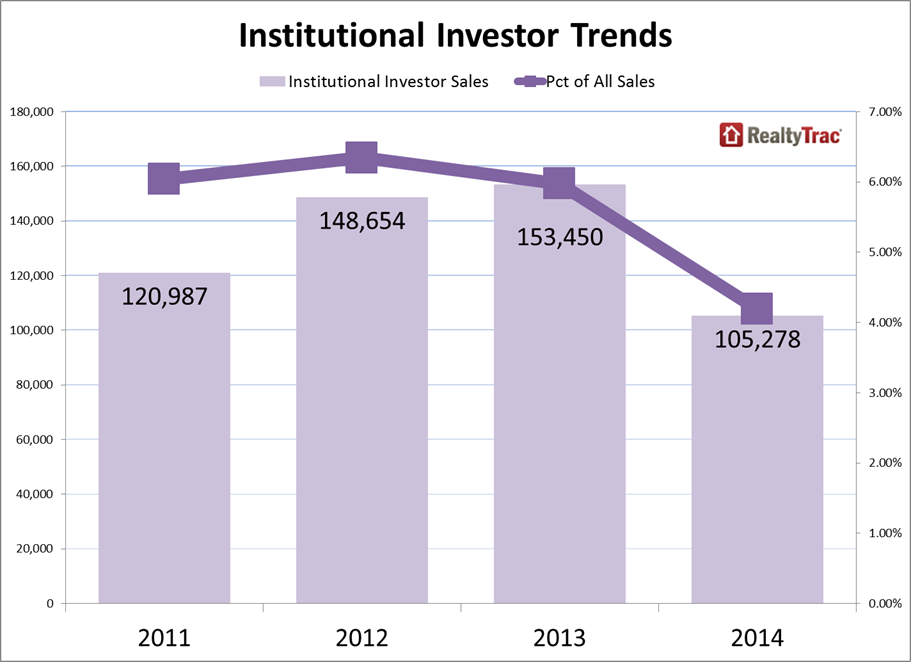 “With our limited land and growing population the institutional investors believe our region will outperform the U.S. market,” said Mike Pappas, CEO and president of the Keyes Company, covering the South Florida market, where institutional investors accounted for 21 percent of all single family purchases in zip code 33023 in Hollywood, Florida, in the fourth quarter. 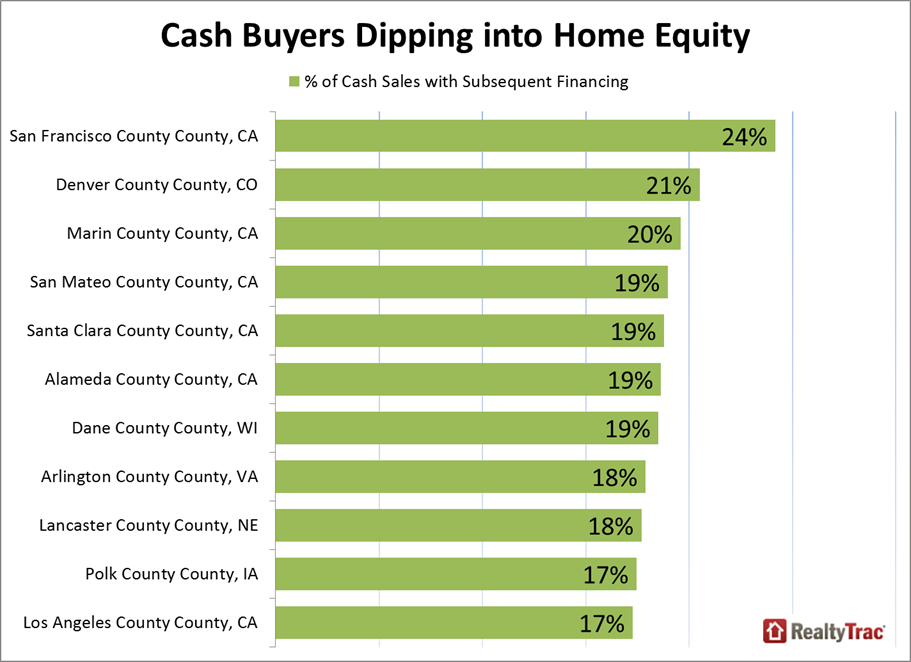 Nearly eight percent of U.S. cash buyers took out a subsequent mortgage after the purchase, according to a RealtyTrac analysis of nearly 1.5 million all-cash purchases of single family homes nationwide from January 2013 through December 2014. On average the original cash purchase prices were 93 percent of the purchased property’s full market value, and the subsequent mortgage was recorded an average of 202 days—nearly seven months—after the sale.

Among metropolitan statistical areas with a population of at least 500,000, Memphis, Tenn. posted the highest share of institutional investor purchases of single family homes in the fourth quarter of 2014—18.3 percent—followed by Charlotte, North Carolina (15.3 percent), Atlanta (11.3 percent), Raleigh, N.C. (10.5 percent) and Oklahoma City (9.3 percent). Among these top five markets, Atlanta and Oklahoma City saw a decrease in share from a year ago, but Memphis, Charlotte and Raleigh all saw increasing activity from institutional investors. Other markets with an increasing share of institutional investor purchases compared to a year ago included Greensboro, North Carolina, Provo and Ogden in Utah, Madison, Wisconsin, and Detroit.