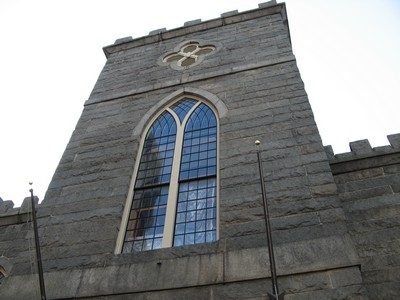 A historic Episcopalian church in Boston’s Beacon Hill has been sold to real estate developers that plan to turn it into a mixed use property featuring residential condos and office space.

The Boston Herald reports that the real estate investment firm Ad Meliora and Rhino Capital managing principal Michael Olson purchased the Church of St. John the Evangelist and its adjacent four-story rectory for $4.5 million. The church was erected in 1831 for the Bowdoin Street Congregational Society; the rectory was constructed in 1843. In 1985, it became a parish church within the Episcopal Diocese.

In 2013, the church’s congregation voted to merge with the Cathedral Church of St. Paul, which began the process of selling off St. John the Evangelist. Because the church was declared a historic landmark in 1966, the renovation process needs to follow special municipal regulations.

“It’s a historical building, so we’re working together with the Massachusetts Architectural Commission and Beacon Hill Commission to find something that everybody can be happy about,” said Ad Meliora president Jan Steenbrugge. “We want to keep the church space as open and authentic as possible, so that limits what we can do there. We are absolutely not planning any high-density project. We want to use the space without causing a nuisance in the neighborhood with parking issues.”