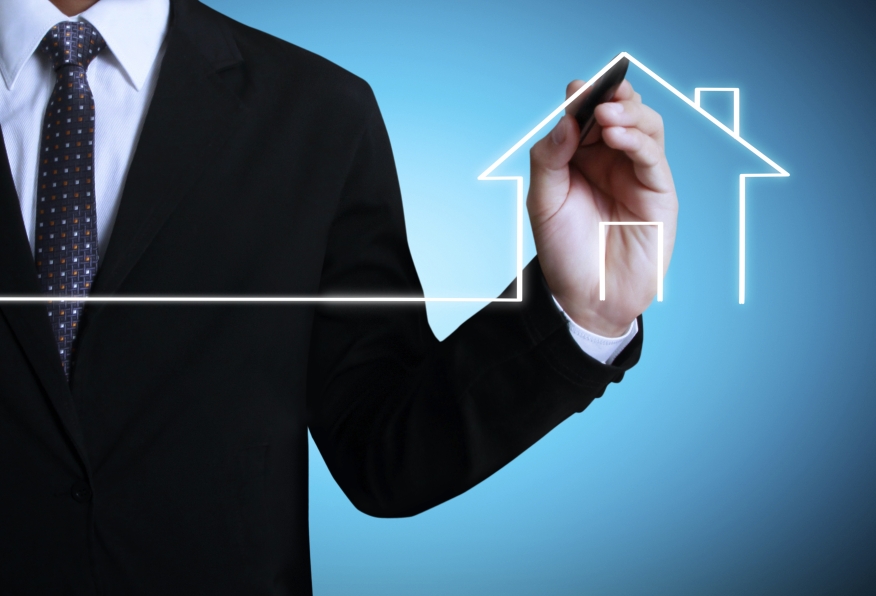 A pair of new data reports issued this morning appears to point to a housing market heading in the direction of greater stability, as the level of mortgage credit availability expands while the depth of foreclosure activity abates.

The latest Mortgage Credit Availability Index (MCAI) report from the Mortgage Bankers Association (MBA) found the index increasing 0.5 percent to 122.0 in April. Three of the four component indices increased–the Government MCAI (up 1.1 percent over the month), the Jumbo MCAI (up 0.8 percent) and the Conforming MCAI (up 0.2 percent)–while the Conventional MCAI dipped slightly over the month with a 0.6 percent slide. The MBA achieves its MCAI results via data from Ellie Mae’s AllRegs Market Clarity business information tool. 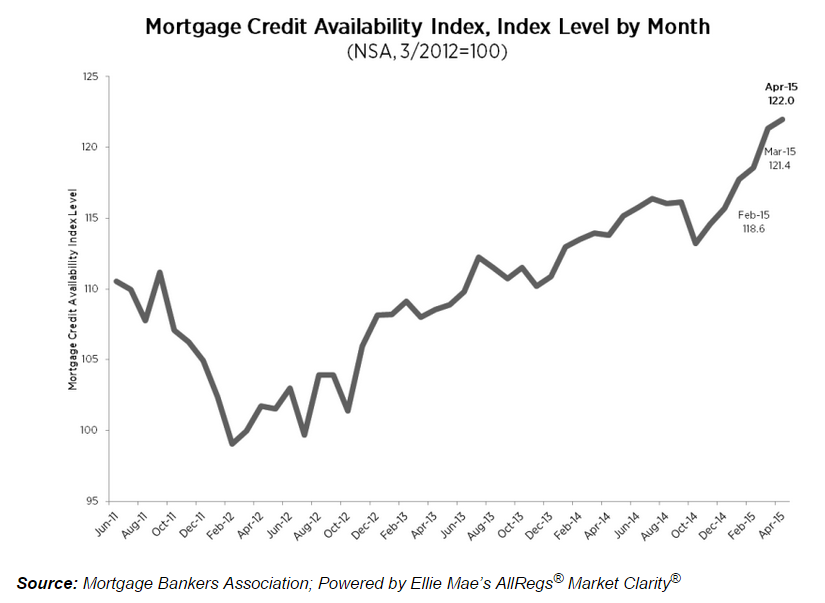 CoreLogic stated the national foreclosure inventory included approximately 542,000 homes, or 1.4 percent, of all homes with a mortgage in March, down from 729,000 homes, or 1.9 percent, in March 2014, a year-over-year decline of 25.7 percent. On a month-over-month basis, the number of seriously delinquent mortgages declined by 1.9 percent.

“We are seeing additional improvement in housing market conditions due to a decline in the serious delinquency rate to 3.9 percent, far below the peak of 8.6 percent in early 2010,” said Frank Nothaft, chief economist for CoreLogic, who added that the foreclosure issue was still serious enough to raise concerns. “Despite the decline in the number of loans that are 90 days or more delinquent or in foreclosure, the percent of homeowners struggling to keep up is still well above the pre-recession average of 1.5 percent.” 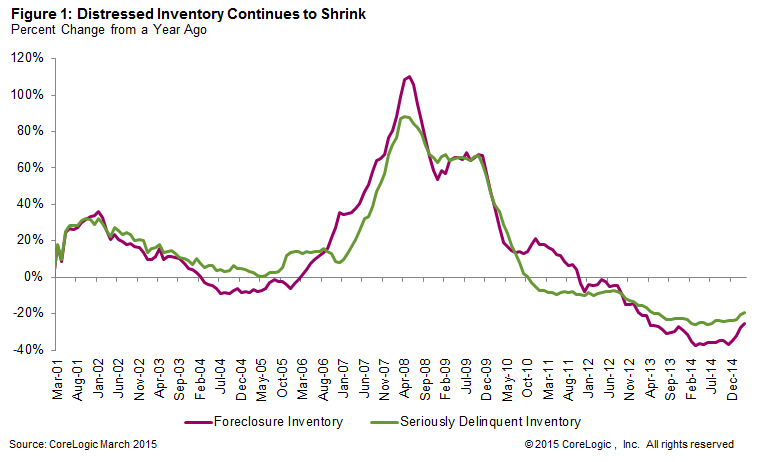 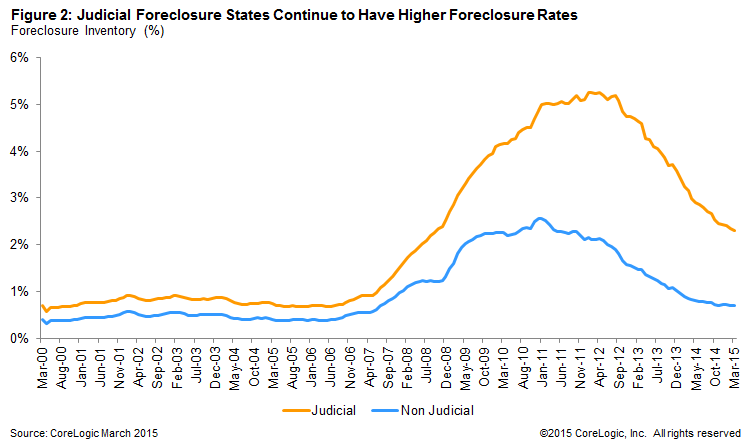