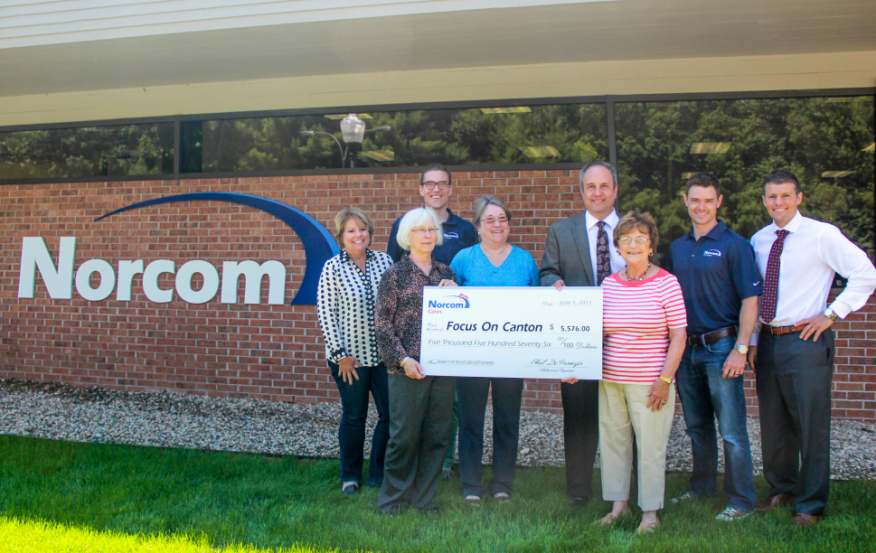 Norcom Mortgage and Insurance recently held their 1st Annual Norcom Cares Golf Tournament at the Golf Club of Avon in Avon, Conn. The goal for the tournament was to raise money for Focus on Canton, a non-profit community based group dedicated to nurturing, assisting, and enabling the residents of Canton, Conn. Norcom had 90 golfers attend and 30 sponsors show their support for this event. Through this golf tournament, Norcom was able to raise a total of $11,152. Focus on Canton received 50 percent, approximately $5,576, of all the proceeds earned from this tournament, while the other 50 percent of the proceeds benefit the Norcom Cares Foundation, Norcom’s outreach division.

“We are so appreciative to have raised as much money as we did for Focus on Canton," said Philip DeFronzo, president and CEO of Norcom. "It was the help from all our golfers, sponsors, volunteers and employees that made this event so successful. I would like to thank everyone for not only supporting Norcom, but also supporting a cause that has had such a positive impact on so many lives. Growing up in Canton, I personally have a close connection with this organization and the local community.”