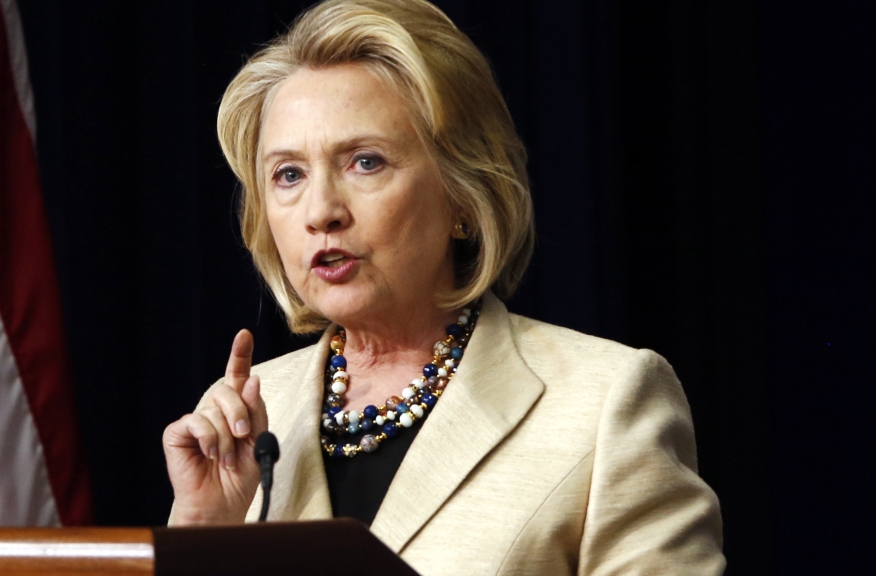 Hillary Clinton offered a preview of the economic policy she planned to present if she won the Democratic Party’s presidential nomination–but made no mention of housing as being among the keystones of her policy proposals. However, she used her presentation to take a not-subtle jab at the Obama Administration’s decision not to prosecute Wall Street executives whose firms were engaged in financially reckless behavior.

Clinton was halfway through her speech when she made her initial comment on the financial services world, comparing the salaries of this industry against earnings by blue collar workers.

“The truth is, the current rules for our economy reward some work–like financial trading–much more than other work, like actually building and selling things the work that’s always been the backbone of our economy,” Clinton said.

“First, hard-working families need and deserve tax relief and simplification,” she said. “Second, those at the top have to pay their fair share. That’s why I support the Buffett Rule, which makes sure that millionaires don’t pay lower rates than their secretaries. I have also called for closing the carried interest loophole, which lets wealthy financiers pay an artificially low rate.”

Clinton also stressed the revival of the New Markets Tax Credit and Empowerment Zones to “create greater incentives to invest in poor and remote areas.”

Later in the speech, Clinton focused on Wall Street’s role in the 2008 crash and in the years that followed. She blamed the meltdown on “financial firms [that] piled risk upon risk” as well as federal regulators that “either couldn’t or wouldn’t keep up.” While blaming Republicans in Congress for trying to undermine President Obama on financial regulatory issues, she also provided a thinly veiled slam at the current administration for concentrating on civil settlements instead of prosecution in regard to Wall Street firms engaged in problematic actions.

“While institutions have paid large fines and in some cases admitted guilt, too often it has seemed that the human beings responsible get off with limited consequences–or none at all, even when they’ve already pocketed the gains,” she said. “This is wrong and, on my watch, it will change. Over the course of this campaign, I will offer plans to rein in excessive risks on Wall Street and ensure that stock markets work for everyday investors, not just high frequency traders and those with the best–or fastest–connections. I will appoint and empower regulators who understand that Too-Big-to-Fail is still too big a problem. We’ll ensure that no firm is too complex to manage or oversee. And we will prosecute individuals as well as firms when they commit fraud or other criminal wrongdoing.”

Clinton made no reference to her four rivals for the Democratic nomination–Bernie Sanders, Martin O’Malley, Lincoln Chafee and Jim Webb–but she specifically called out Republican presidential hopefuls Scott Walker, Jeb Bush and Marco Rubio; she also positively cited the first Republican president, Abraham Lincoln, as a champion of the middle-class.