Looking for Leaders: How to Pick a True Leader from a Crowd of Charlatans 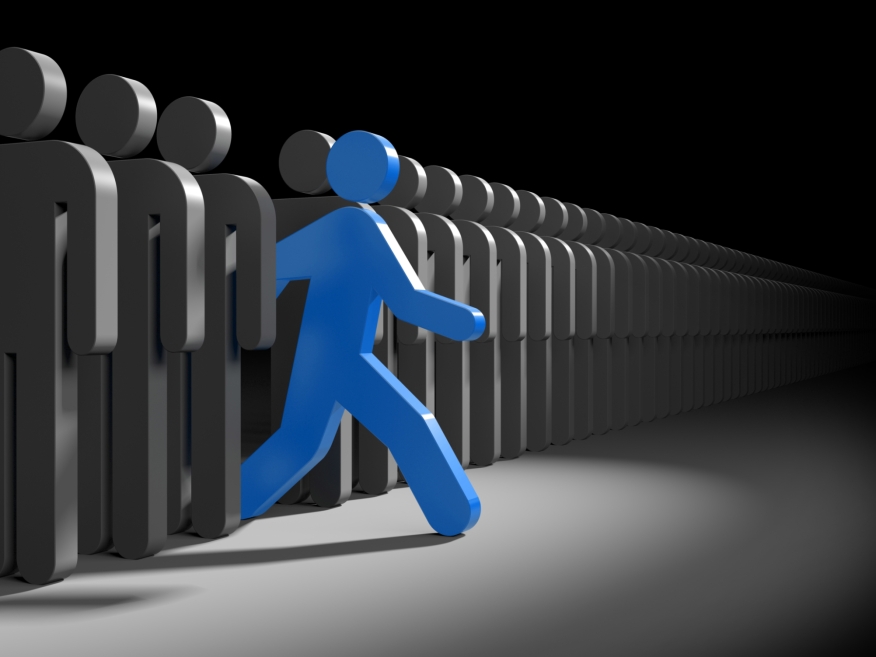 Are leaders born or made?
That's the question that many people are asking. And it's an important question. If you can't train people to become better leaders, why waste the effort? Now, I'm not going to pretend to be an expert on genetics and human potential—on the whole nature versus nurture debate. But, from what I've read, it's usually not either/or. It's usually a bit of both. I believe there is an extent to which people are naturally born leaders and an extent to which people can improve the little talent they have to become better leaders. But, regardless of whether they're "born" or "made," I think people with good leadership potential will have demonstrated that potential in some way, shape, or form throughout their lives and careers.

When you're looking to recruit people into your executive team, finding solid leaders can be quite the challenge. More than ever—with the proliferation of social media and personal branding—people can market themselves to be larger than life even if they've accomplished nothing. And when it comes to landing a position in leadership, swaths of people will show up to sell themselves as well as they can. You've heard the expression: "Everyone wants to go to heaven, but nobody wants to die." I think it's also the case that often everyone wants to be a leader but nobody wants to lead.

Many people want the caché of being a leader. They like the spotlight and the recognition. They like the compensation and the feeling of being in authority. They enjoy the spoils of war—even if they may never have seen a battle. If you see such people, run screaming in the other direction. These people aren't leaders; they're charlatans. True leaders don't take shortcuts and they're far less interested in the rewards for their labors than they are in the work itself. True leaders demonstrate their leadership through actions. They don't talk about how great they are—they simply live greatness. And, if you look hard enough at the leaders you're evaluating, you'll be able to see who's the real deal and who's running a game on you. Here are a few things to consider …

Leaders leave behind trail that tells their story
If you can't find evidence of their leadership, chances are they're all talk. True leaders will have done things. They will have accomplished things. It doesn't matter if they've been in the industry two years or 20 years—they will have filled their time with action. And doers always leave something behind. True leaders will leave a legacy. People will remember them and tell stories about them. Projects will have arisen because of them. Revenue will have been generated. Competitors will have been vanquished. If you can find signs that they actually existed, you're on the right track. If you cannot even find that, you're probably dealing with someone who is simply beefing up the résumé to land the job. 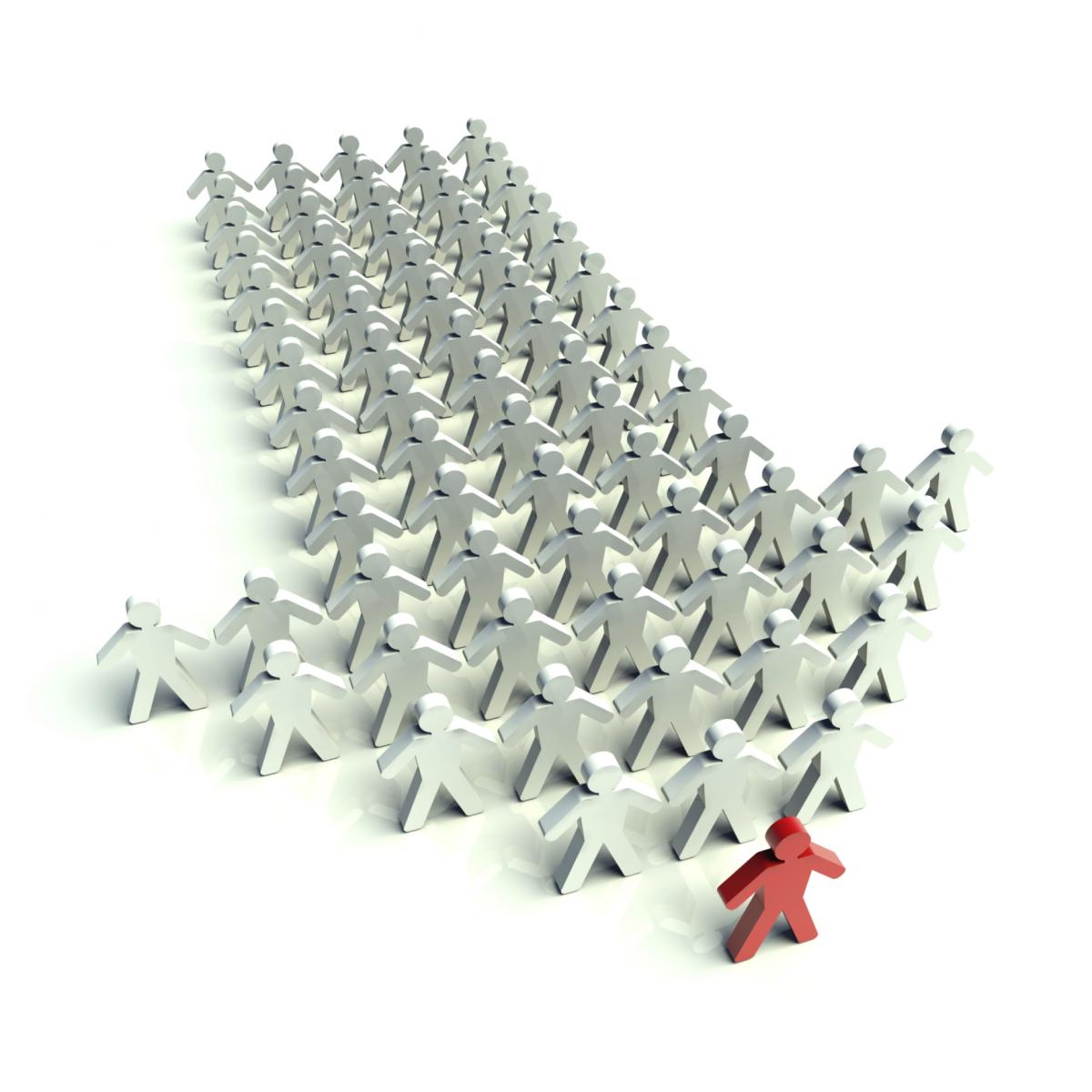 Leaders take initiative
By definition, a leader is someone who is out in front. A good question to ask potential candidates you are considering adding to your team is this: what have you started? Yes, you want to know what people have done with the work given to them. But what about the work that they simply assumed responsibility for? Leaders will have led projects that were not part of their job descriptions. If they accomplish a great deal but all of it falls under the umbrella of "doing what they're told," they aren't leaders—they're just really good followers. Leaders assume the risk and responsibility of starting projects that they themselves are on the line for. If you come across someone who has taken the initiative to start things, you may have a winner.

Leaders stand for what's right
Sooner or later, we've all got to draw the line when it comes to integrity. All of us face incidents in our lives that test our character and reveal who we really are. How your potential candidate has responded to these events will tell you whether or not he is someone you want on your team. If a candidate was fired for taking a stand on an ethical issue, is that necessarily a bad thing? Think of it this way: Followers don't get fired. Followers conform and do what they're told, even if it's immoral. A true leader will have the integrity to stand for what's right—regardless of the consequences. Keep an eye out for these righteous rebels—they're the ones worth keeping.

Leaders don't cave under pressure
"These are the times that try men's souls," wrote Thomas Payne. "The summer soldier and the sunshine patriot will, in this crisis, shrink from the service of their country; but he that stands by it now, deserves the love and thanks of man and woman." The true leader is no "summer soldier" or "sunshine patriot. The true leader thrives under pressure and shines in a crisis. Leaders are the embodiment of the maxim, "when the going gets tough, the tough get going." When you're considering a candidate, look at the times that he has faced an enormous amount of pressure. How did he handle it? A true leader faces the toughest challenges head on and comes out stronger on the other side.

Leaders don't take the credit
Harry Truman is quoted as saying, "It's amazing what you can accomplish when you don't care who gets the credit." True leaders are not in the game for the recognition. Not only do they not care if they get the credit for their accomplishments, but they go out of their way to make sure others get the credit instead. They recognize those who have helped them and express gratitude for everyone who contributed to their success. Did you ever notice how the most successful people often emphasis how lucky they feel? That's because true leaders don't need the glory. They want others to have it. They work in absolute humility—constantly praising others and not worrying about getting the attention themselves. Look for people who give credit to others—those are ones who will have been mostly likely to accomplish anything deserving of credit.

Leaders are constantly improving
I don't know whether leaders are born or made. But I firmly believe that they are both reborn and remade. By that, I mean that they are constantly reinventing themselves. They are restless for growth. They are lifelong learners. They seek out new experiences. They take on new ventures. They never settle. They're never complacent. They're always on the move. A good question to ask the candidates you're considering: how are you better now than you were a year ago? If they aren't growing, they aren't a leader you want on your team. You may be looking at a very good leader right now, but you want someone who is determined to be an even better leader down the road.

Are leaders born or made?
Whether or not they were destined to do so, true leaders will have shown by their actions that they're worthy of the title. You won't be able to look at their lives or careers and not see signs of their presence. They won't need to brag about themselves or oversell because their legacy alone will be enough. Look for leaders who have left behind a trail of their leadership. The next iteration of that very legacy could take place in your organization.