Existing-Home Sales Up in June 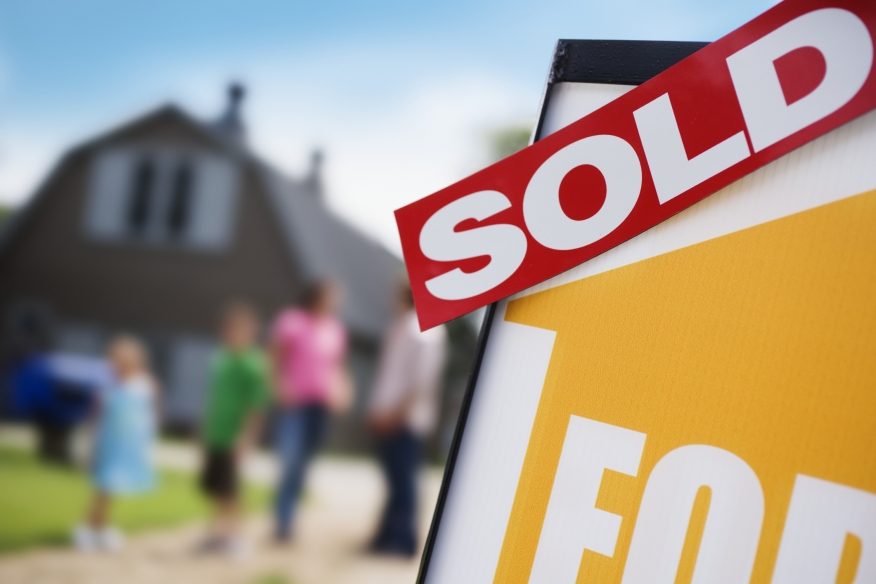 Total existing-home sales increased last month by 3.2 percent to a seasonally adjusted annual rate of 5.49 million, according to new data released by the National Association of Realtors (NAR). This marks the highest rate of existing-home sales since February 2007 (5.79 million) and the ninth consecutive month of year-over-year increases.

NAR also reported that the median existing-home price for all housing types in June was $236,400, which is 6.5 percent above June 2014. Last month’s level is also greater than the peak median sales price of $230,400 set in July 2006, and it is the 40th consecutive month of year-over-year gains.

The total housing inventory at the end of last month was up slightly by 0.9 percent to 2.3 million existing homes available for sale; this is a scant 0.4 percent higher than a year ago (2.29 million). Furthermore, the unsold inventory is at a five-month supply at the current sales pace, down from 5.1 months in May. However, the percent share of first-time buyers fell to 30 percent in June from 32 percent in May; in June 2014, first-time buyers represented 28 percent of all buyers. NAR Chief Economist Lawrence Yun warned that a tight inventory is exacerbating problems with affordable homeownership options. 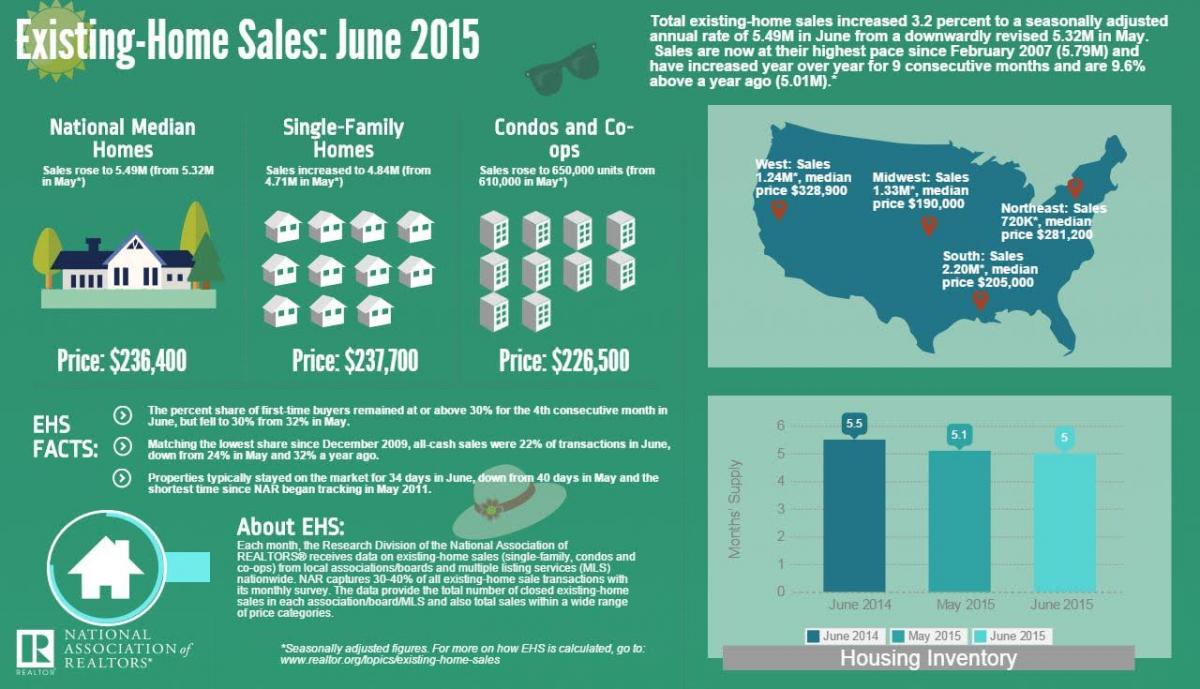