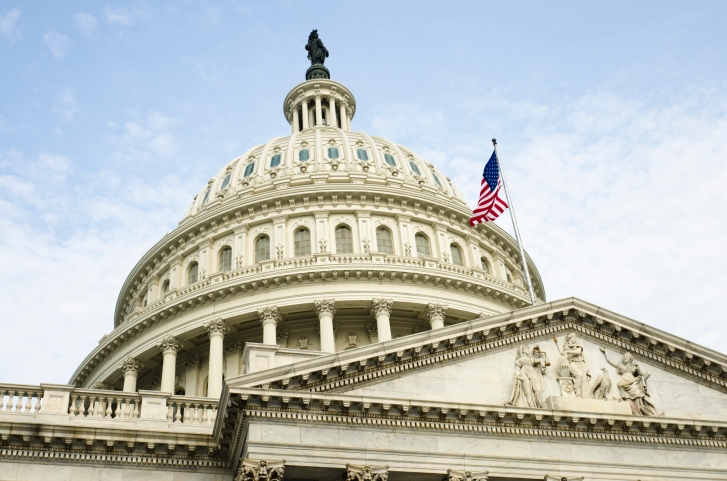 The Consumer Financial Protection Bureau (CFPB) has found itself in the middle of three different political storms that continue to further divide the already rancorous fissures on Capitol Hill.

The House of Representatives gave its approval yesterday to the Homebuyers Assistance Act, which provides a four-month grace period for lenders that work in good faith to comply with the TILA-RESPA Integrated Disclosure (TRID) rule that went into effect Oct. 3. The 303-121 vote was hailed by Financial Services Chairman Jeb Hensarling (R-TX) as a bipartisan victory, with 64 Democrats joining 239 Republicans in supporting the measure.

“Without this bill, homebuyers could encounter delays and difficulties when they try to close on their homes,” said Rep. Hensarling. “Buying a home is stressful enough, and bureaucratic delays should not add to their stress.”

The vote came ahead of a threat from the Office of Management and Budget (OMB), which warned that President Obama’s advisors would encourage him to veto the bill if it reached his desk. Whether the bill will ever make it across Pennsylvania Avenue is unclear, as the Senate version of the bill sponsored by South Carolina Republican Tim Scott was referred to the Senate Committee on Banking, Housing, and Urban Affairs on July 7, but has seen no further motion since then.

The Homebuyers Assistance Act is the latest legislative effort to rewrite the CFPB’s regulatory authority. Another bill, the Financial Product Safety Commission Act of 2015, passed the House Financial Services Committee last week and is awaiting a vote by the full House. But efforts to derail the Financial Product Safety Commission Act—which would replace the office of the CFPB director with a five-person bipartisan commission—are being spearheaded by Hillary Clinton, who has sent a letter to House Democrats urging them to push back on this bill.

“Republicans remain determined to weaken or even destroy the agency,” wrote Clinton, according to excerpts of the letter published in The Hill. “They’ve tried to strip it of its independence and cut its funding. They want to make the CFPB more vulnerable to special interest lobbies and less effective in defending working families.”

Clinton’s participation in the debate marks the first time that her presidential campaign has cited the preservation of the CFPB’s authority as a major political issue.

“If this bill passes, consumers’ primary advocate in the U.S. government would have to fight with one hand tied behind its back,” Clinton wrote. “Perhaps that’s exactly what Republicans and their corporate allies want.”

For its part, the CFPB has avoided getting involved in the Capitol Hill tug of war, and has continued to exercise its regulatory authority with a new proposal to ban the so-called “free pass” arbitration clauses to that prevent consumers from filing lawsuits in groups to obtain relief against financial services companies.

“Consumers should not be asked to sign away their legal rights when they open a bank account or credit card,” said CFPB Director Richard Cordray in announcing the proposal earlier this week. “Companies are using the arbitration clause as a free pass to sidestep the courts and avoid accountability for wrongdoing. The proposals under consideration would ban arbitration clauses that block group lawsuits so that consumers can take companies to court to seek the relief they deserve.”

The proposed rule will be discussed by a CFPB-coordinated panel of small-business representatives prior to the introduction of a formal regulation. According to Reuters columnist Alison Frankel, the enactment of this proposal would make history with the CFPB unilaterally reversing a pair of U.S. Supreme Court rulings—AT&T Mobility v. Concepcion and American Express v. Italian Colors—that favored the arbitration clauses the agency is trying to ban.

However, the CFPB arbitration proposals have been under congressional scrutiny. After the agency released a report in March concluding the necessity for this type of arbitration realignment, more than 80 Republican members of the House and Senate sent a letter to Cordray asking him to reopen the arbitration study, claiming that the agency’s conclusions were based solely on empirical evidence and were not “fair, transparent or comprehensive.” At the same time, 58 Democratic members of the House and Senate sent Cordray a letter urging him to “to move forward quickly to use its authority under the Dodd-Frank Act to issue strong rules to prohibit the use of forced arbitration clauses in financial contracts and give consumers a meaningful choice after disputes arise.”