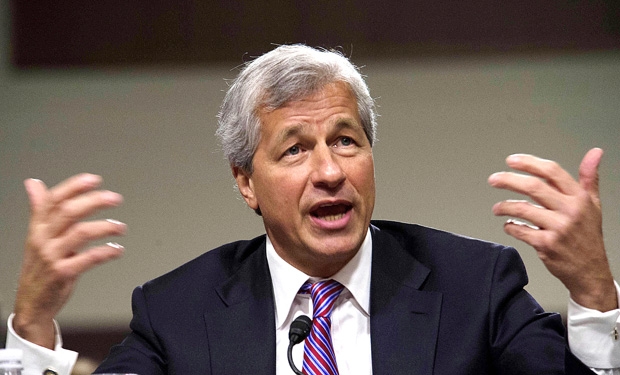 During an appearance on “CBS This Morning,” Dimon smiled when he was asked about the constant targeting of the Wall Street institutions by politicians. “We’re easy targets – I’ve gotten used to it,” he said. “Every politician should want JPMorgan lending and allocating capital and being safe and sound, which we are.”

When asked whether Hillary Clinton or Bernie Sanders would be a tougher president in dealing with Wall Street, Dimon responded, “Oh, I don’t know.” However, while “CBS This Morning” host Charlie Rose acknowledged his personal and professional ties to Dimon, Rose did not askf for details about Dimon’s business relationship with Clinton – according to the Center for Responsive Politics, JPMorgan Chase has been the fourth largest corporate contributor to Clinton during the course of her political career, offering more than $696,000 in campaign contributions

Dimon answered a few questions on the 2008 financial crisis and its aftermat, proclaiming his bank was “a source of stability in the storm” and comparing it to the Rock of Gibraltar. He acknowledged that his one regret during this period was the purchase of Bear Stearns and Washington Mutual, adding, “When you are running a business, you’ll make mistakes.” He praised the concept of “good regulation,” which is claimed would make the financial services industry “a lot stronger.”

And on the subject of the Dodd-Frank Act, Dimon defined the goals of the landmark legislation as “one thousand different things,” noting that he supported 70 to 80 percent of the law’s changes.